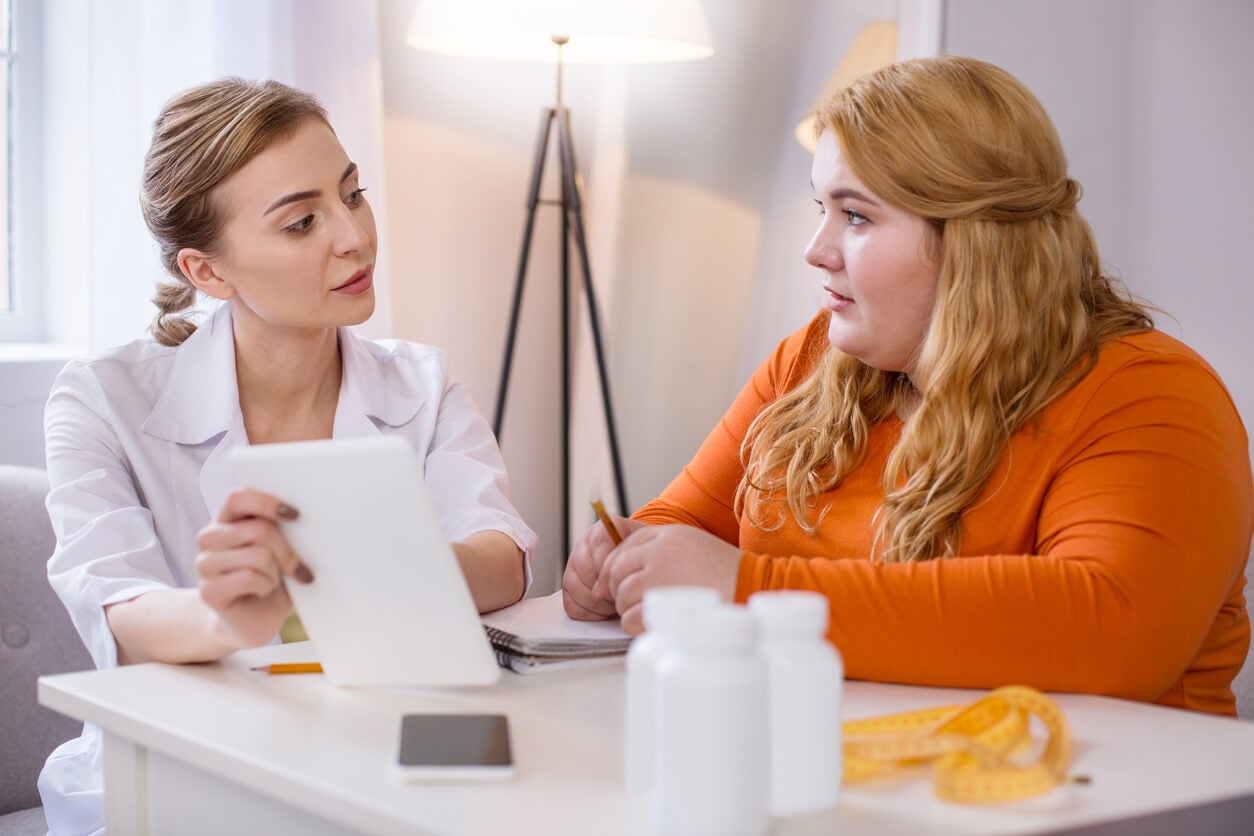 The obesity pandemic is expanding by leaps and bounds. Can we do something from our place to stop it?

The World Health Organization (WHO) has coined the term globesity to refer to the obesity pandemic that has been present for more than 4 decades throughout the planet. It is a serious health problem that has particular consequences for people, but also for the community in different countries.

The concept of globesity, or globesity (in English), appeared in the early 2000s. The WHO coined it after determining, at the end of the last century, that obesity was one of the main risk factors for mortality.

The data that we will analyze next are more than evident. There are more and more obese people and this translates into a worse quality of life for this group, as well as a higher cost for the health system.

Index hide
1 The data of globesity
2 The obesogenic environment
2.1 The obesogenic cities
2.2 sedentary lifestyle
2.3 The nutritional transition
3 We can reverse globesity

The data of globesity

The prevalence of obesity in the world has triplicate since 1975. This means that in about 40 years we have exponentially increased the number of people who are well above the recommended weight.

In the United States alone, according to data from the American Obesity Association, 42% of adults have obesity. In Spain it is estimated that 37% of adults are overweight and 17% are obese.

If we look at the pediatric age, the alarm is greater. The existence of high rates of obesity in children denotes that the future is headed for an increase in this pandemic.

This pandemic has a component of social inequality. And the same is recorded above all in childhood. According data from UNICEF and the Inter-American Heart Foundation, there is a 31% higher risk of being obese among children with low socioeconomic status than among their upper-middle class peers.

The globesity affects the health systems and the economies of the countries because it increases the expense that must be allocated to their care and to concomitant pathologies. In 2010, 315.8 billion dollars were spent on treating obesity-based diseases.

The idea that we live in societies with obesogenic environments is known in the world of science. Various medical and sociological studies stipulate that since the 1980s, more and more, the populations are urban, sedentary and with worse eating habits.

This is attributed, above all, to globalization. Lifestyles that are uniformly imposed and advertisements that determine what you should eat. At the same time, the economic changes that increase inequalities cause the globesity expand and do so in the most vulnerable sectors.

Read:  How to whiten teeth naturally

One of the main risk factors for the continuation of globesity is the passage of people move from rural to urban environments. There is an increasing concentration and agglomeration of people in cities.

The environment of cities favors elements that contribute to overweight. People have less time to prepare meals at home, they spend hours on the streets traveling in vehicles to places of work, education or recreation.

Advertising is also more aggressive in cities. The abundant posters, the audio messages that are heard from all sides and the presence of large posters in the kiosks with images of unhealthy foods favor that nutrition is not optimal.

The other risk factor for globesity is sedentary lifestyle. Physical exercise is minimal at the population level. This seems like a paradox, as gyms and lifestyles are increasingly promoted fitness.

But the data is compelling. According research, lack of physical activity is capable of producing more deaths than obesity itself.

The environment of the cities partly explains this sedentary lifestyle. The constant occupations and the apparent lack of time have led people to not find a way to dedicate 30 minutes or an hour a day to movement.

In the same way, technological advances favor in some aspects the lack of physical exercise. The connectivity that allows many tasks to be carried out from the comfort of the armchair or teleworking without leaving home are excuses to avoid sports.

nutritional transition is the concept used to describe how the world population consumes more and more ultra-processed and stop applying traditional cooking and preparation techniques. Again, this phenomenon seems to be linked to the exodus to the cities.

In the background there are also economic issues. It is cheaper to buy an industrialized product than to buy fresh fruits and vegetables. which are marketed as organic they have a high cost because the farms are small and do not have a distribution structure.

The ease with which unhealthy and obesogenic foods are available in any supermarket is decisive. Trans fats, hypercaloric and sugary are available on the gondolas to not waste time and eat whatever, in the middle of a hectic routine.

We can reverse globesity

Although the panorama seems bleak and irreversible, we must understand that measures to reverse the globesity are within reach. Some basic issues depend only on us and our will.

Although laws and guarantees are required to improve the accessibility of populations to healthy foods, the fact of doing physical exercise and improving the dietary pattern is not always a distant goal. We must remember that the globesity it brings with it many other disorders that increase its prevalence at the same time:

So if you notice that you are overweight or calculated your body mass index (BMI) and discovered that you are in the obese range, consult a doctor. The professional will know how to guide you to develop a plan weight loss that is healthy.

This pandemic will continue to rise, unless we do something. Becoming aware of the problem is one of the first steps.

Rockstar Games would have delayed GTA The Trilogy on mobile