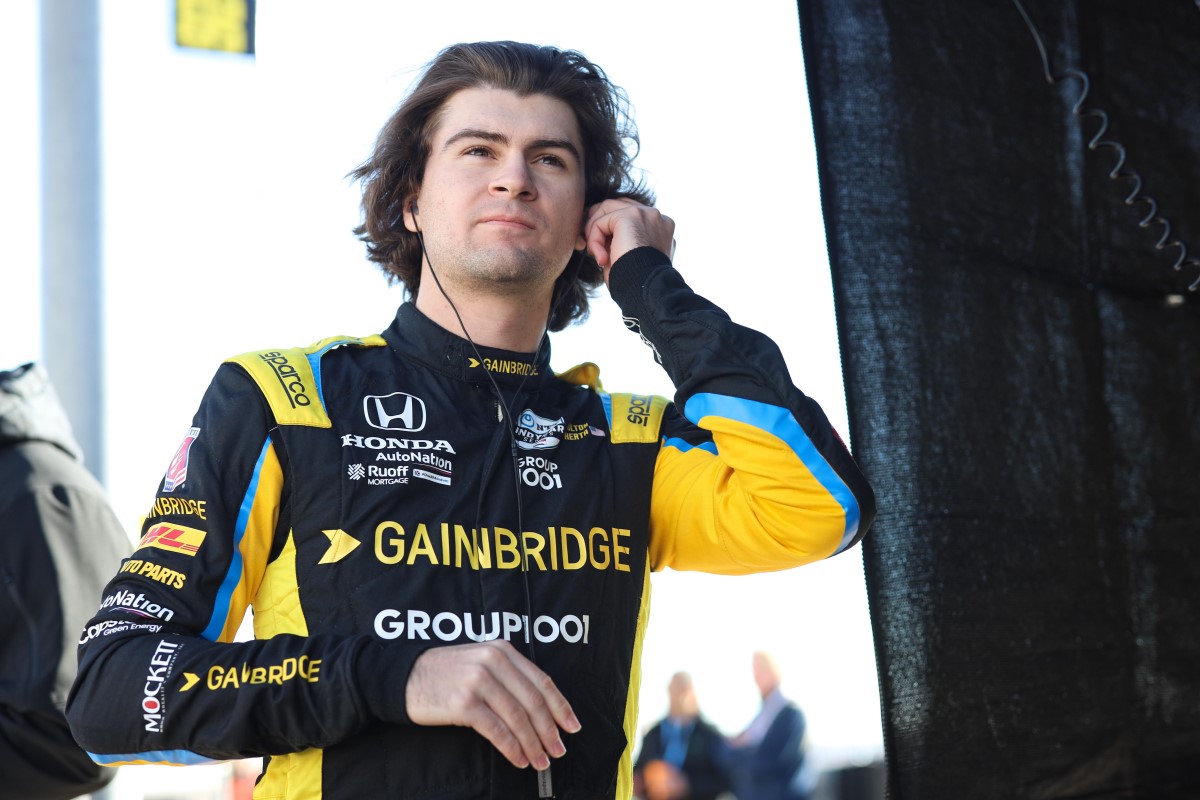 This weekend, Colton Hertha heads into round three of the IndyCar Series at the prestigious Long Beach Grand Prix, where he hopes to turn his fortunes around after 12th place at the Texas Oval. Just half a year ago, on those same Californian streets, Herta came back from 14th place to get a great victory. No one knew 100% at the time, but the 22-year-old pilot he was certain that this would be his last race in IndyCar before his jump to Formula 1 at the hands of Michael Andretti. He has thus revealed it in declarations to the IndyStarin which he provides several details about what happened those months

In the back room it was finishing setting the operation that should have given control of Sauber Motorsports (Alfa Romeo F1) to Andretti Autosport, analyzed in detail at motor.es in November 2021, and in which Herta was going to be a central piece as the starting driver. That attempt ended up collapsing in October during the days before the United States GP, when everything seemed headed for an agreement. Given the reports that pointed to the demand for a multimillion-dollar bank guarantee, within the Andretti it is maintained today that the contentious point was the claim of Longbow Finance, which owns the team, to retain ultimate decision-making power despite the fact that they were only going to keep a fifth of the assets.

Herta won with authority at Long Beach, on what could have been his last day in IndyCar.

The pieces of this operation began to move during the spring of 2021 with the creation of a special company to attract investments in the stock market. Herta’s extraordinary performance to win the Grand Prix of St. Petersburg in April with almost 20 seconds advantage, added to his previous strong performance in his first two IndyCar seasons despite his young age, earned him high praise from Mario Andretti: “You only find one of these every 35 years.” A month later, in May, Herta signed a contract that extended his relationship with the team until 2023. The signs were there, but no one was putting the dotted line together yet.

The first public leak of Michael Andretti’s intentions to buy a Formula 1 team came on August 20, on the eve of the Gateway 500. By then, Herta and her father, ex-pilot Bryan, had already been informed what would be the steps to follow. When the championship got back on track three weeks later in Portland, the buzz had run wild. The young Colton was playing the “I have a contract here” card, but that same weekend Michael Andretti assured him that they were “very close to making it”, closer than anyone suspected. «People said it was 50% or 60% done, but by then it was much closer.».

Michael Andretti continues with his sights on Formula 1, which he was very close to a few months ago.

Alfa Romeo had already hired Valtteri Bottas, but the addition of Zhou Guanyu had stalled, and the reason seemed to be across the pond. For all these reasons, ahead of his last race of the year in St. Petersburg, Herta hired a production team to record the best moments of the weekend… for your personal use only. «He told myself that he was going to come back, but I didn’t know when. I didn’t want to race in Formula 1 for the rest of my life. and retire, I wanted to be able to come back here to do full seasons and run the Indy 500 more times, “says Herta. “But it seemed like I was going to go to F1, and I thought it was almost certain, although there was a part of me that thought: ‘There is no contract yet, it can still go wrong.’

Read:  Read Dead Redemption 2 would be preparing its arrival on PS5 and Xbox Series X | S

Long before the facts proved her intuition right, Herta took a secret flight in October. The destination: Switzerland. At the Alfa Romeo team base in Hinwil, the Californian driver had his seat trimmed and had the opportunity to try out the team’s simulator, where, according to multiple reports and Andretti’s own claims, he recorded better times than Kimi Räikkönen and Antonio Giovinazzi, the two titular drivers of Alfa Romeo in 2021. The steps were accelerated in such a way that Herta came to buy plane tickets for Austin, Mexico City and Sao Paulothe cities of the three circuits in which they were scheduled to participate in free practice.

Shortly before returning from Switzerland, Andretti was told that Herta would need to drive 300 kilometers in a Formula 1 car to qualify for free practice. Given the proximity of the Austin race, Mario Andretti reached a pre-agreement with Ferrari for Herta to complete the mileage in a private test at Fiorano, to which he would fly the day after landing in Los Angeles. But it was just then that the negotiations between Andretti and Sauber began to break down, and neither the flight nor the test took place.

Movements at McLaren: agreements with Oscar Piastri and Colton Herta

“I don’t even think Ferrari had a car ready, but they told us: ‘We’ll see what we can do.’ They may even send me contracts, “Herta commented. «He was fucking close, much more than people know, but everything began to fall apart. At first it was: ‘Oops, this isn’t looking good, Sauber wants this, we’ll try to work on it the next day.’ By the third you could already sense that everything was going in the wrong direction. Not many days passed before the press reported the end of the operation. Shortly after it was learned that Sauber/Alfa Romeo wanted Zhou Guanyu in the second seat, hence their request to retain control of the team.

Herta’s future expectations in Formula 1 now go through two channels: the possible approval of Andretti Global’s plans to join the World Championship in 2024, and his new role as McLaren F1 test driver since last year, where opportunities will be limited… for now. “If Ricciardo continues to improve, I won’t have it, but I hope Lando kicks his ass some more so I have a chance.. Obviously I do not wish ill on anyone nor do I expect their misfortune. If he does well, good for him, he deserves it, but there is a part of me that wishes I had the opportunity to put at least one foot inside to show what I can do.