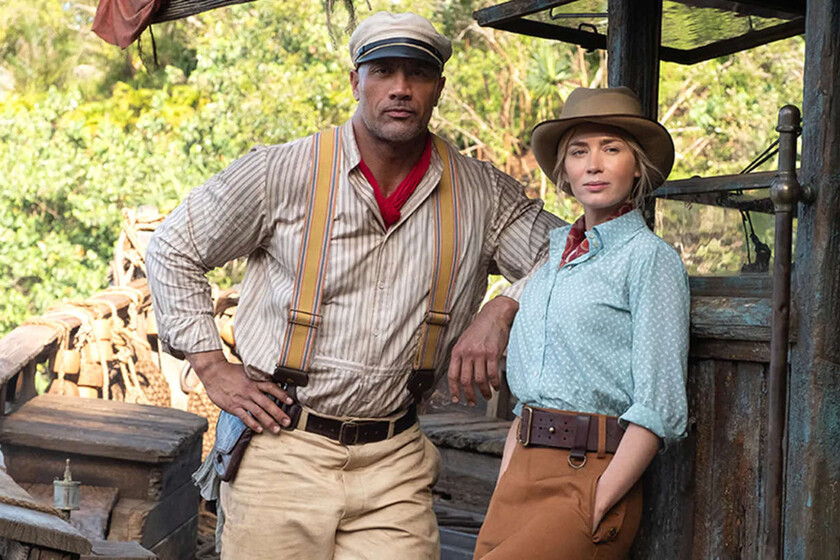 We say goodbye to July and in what August the leg is showing and there is a vacation change (goodbye, youngster) let’s do our Friday rituals like reviewing the premieres. You already have the cinema ones at hand and now we are going with the streaming ones.

‘The Art of Sound with Mark Ronson’

Docuseries of six episodes in which the ins and outs of music creation and the technologies that have allowed us to innovate are explored. Through conversations and multiple examples, Ronson takes us through a piece of music history.

Coinciding with the entire Florentino Pérez audio scandal, Disney + premieres this documentary in which ESPN reviews the restructuring of Real Madrid carried out by the businessman in the early 2000s, when he took the club to a new level.

Based on the attraction, Jaume Collet-Serra directs Emily Blunt and Dwayne Johnson in this film that follows the boat voyage of the captain, a scientist and her brother in search of a legendary tree.

Our beloved Jean-Claude Van Damme stars in the latest Netflix production as a former secret agent who is forced to return to France when his son is accused of arms and drug trafficking.

Starzplay (all on Sunday)

Full of symbolism and excellent staging decisions, ‘Saint Maud’ lives off the bestial performance of its protagonist, who takes by the horns (or wings) a role with much to lose and little to gain.
Here the eternal struggle between good and evil is concerned, before any other dispute, whether there really is something else or whether in reality we will not all be victims of a collective illusion, of a current of thought. From fanaticism. From madness.

At just eighty-five minutes, there is no room for stuff or stuff. Saint Maud is awkward, beautiful, and relatively dangerous. Notable debut of Rose Glass.

And more in Espinof File

You already know that every Friday you have an appointment not on our website but in your mailbox. In Expediente Espinof, our weekly newsletter, we talk about some of the series and films that we have been most passionate about in recent weeks, whether they are recent releases or hidden gems in huge catalogs.