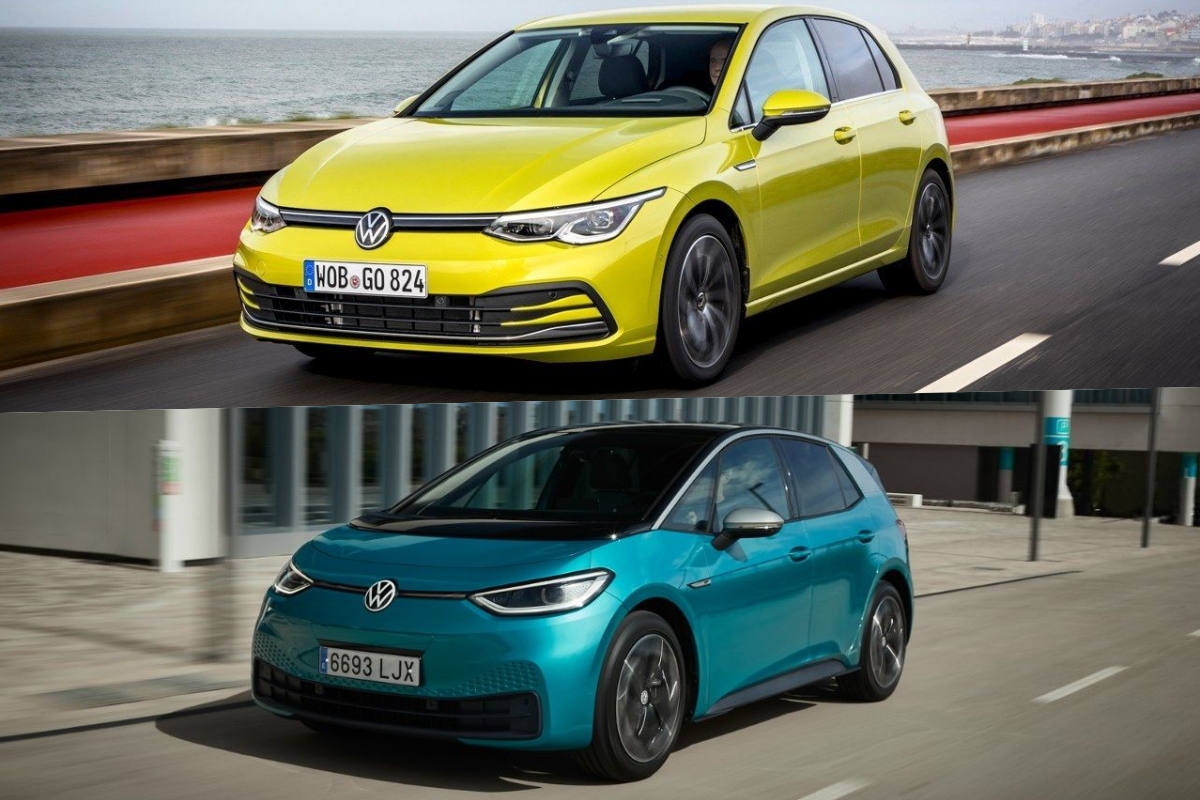 That is what emerges from the report by ADAC, which has compared the costs of acquisition, use and maintenance of the Volkswagen ID.3 and its equivalent with a combustion engine, the Golf 1.5 eTSI.

There is no doubt that more and more drivers are turning to electric cars, not with a view to the future, but as a means of transport in the present.

But many others think that it is too soon to do so, among other things because electric vehicle prices are still too high and their ability to make their purchase profitable extends over the very long term. Or not?

This is not, of course, the conclusion reached by the report made by ADAC. To do this, the prestigious German Automobile Club has compared two equivalent vehicles throughout their useful life, including expenses not only for purchase, but also for use and maintenance.

The two models chosen by ADAC have been the Volkswagen ID.3 100% electric and its counterpart of the same brand, the Golf 1.5 eTSI, a model with “Mild Hybrid” technology associated with a gasoline engine.

The price of both models in Germany, without taking into account government aid for the purchase of electric cars, is 36,960 euros and 32,460 euros, respectively. Namely, a difference of 4500 euros with which Golf starts in your favor.

Javier Gómara tells you everything about the Volkswagen ID.3.

And it does so in a period of five years with an annual journey of 15,000 kilometersaccording to the report, because after that period the cost per kilometer of the ID.3 drops to 47.2 cents, while that of gasoline stands at 56.9 cents.

In this comparison, ADAC has taken into account, in addition to the purchase cost, factors such as insurance, taxes associated with the vehicle, maintenance and repair costs, tire wear, fuel costs (average of the last three months) and electricity and, including flat rate for car wash and care.

In particular, the comparatively lower operating and maintenance costs of electric cars are noticeable on the balance sheet. Even taking into account a 15% price reduction on the petrol Golf, the electric ID.3 ends up being cheaper.

Norway has been the market with the largest share of electric car sales in the world for years. In fact, they already suppose 74.1% of new car sales in the Nordic country according to data from April 2022). In addition, plug-in hybrids occupy 10.1% of the market, leaving the crumbs to combustion vehicles.

This is partly due to a significant deployment of fiscal measures to encourage their adoption, but the Norwegian government has announced that, once the objective of boosting sales of this type of car has been achieved, these sand they will withdraw so that they compete on equal terms against all other drivetrain types.

To begin with, they have announced the cancellation of VAT exemption for electric cars that cost more than 500,000 crowns (about 49,000 euros at the exchange rate, a measure that will come into force on January 1, 2023.

This is a clear example that, little by little, electric cars are becoming a clear purchase option even without government subsidies. That yes, to be really competitive in equal conditions, the electric car must still lower its prices or it will remain inaccessible to the vast majority of drivers.