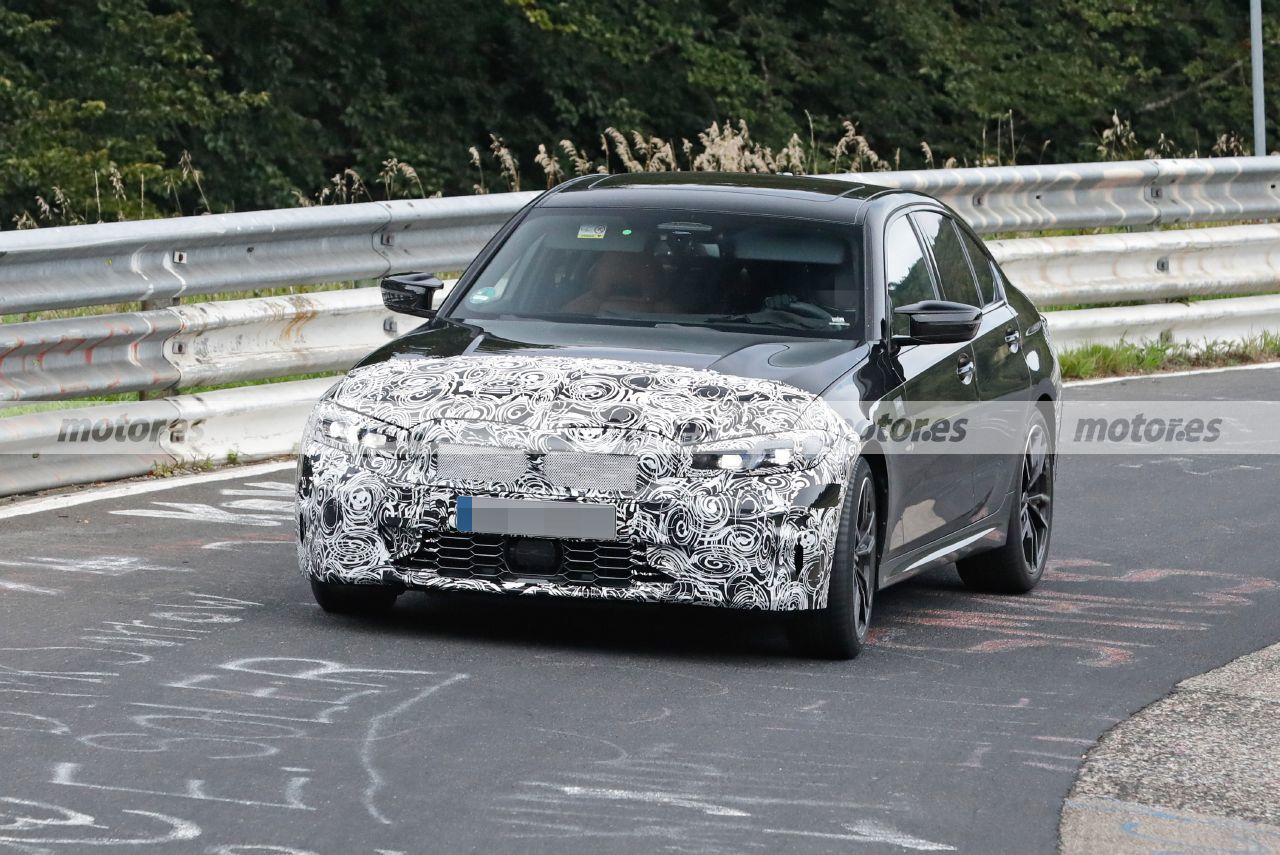 Prototypes of the revised BMW 3 Series LCI move to the Nürburgring circuit. One of the sportiest versions of the Bavarian sedan range has arrived on the German track, an M340 as shown in these spy photos, presenting some specific details of the facelift that will debut on the market at the end of 2022 as a 2023 model.

If a few days ago we saw one of the prototypes of the BMW 3 Series Plug-in Hybrid covered in camouflage, now it is the turn of some spy photos of one of the sportiest versions of the range, the M340. The M Performance model has appeared on the Nürburgring circuit to test some of the dynamic improvements that it will offer at the end of next year.

Camouflaged in front and behind, the BMW model reveals some of the details of the new design, such as the finish of the ovoid grille that has been slightly transformed with the kidneys more stretched in width and also shorter in height, betting on a more rectangular shape. Inside, it retains the pattern dotted with chrome inserts. A closer look, the new slimmer headlights are also visible on this 3 Series, with a uniform bottom edge without the current jog, plus laser illumination technology.

The BMW M340 Facelift, hunted at the Nürburgring carrying news

The BMW model will also present a new bumper, with revised air intakes at the ends, while presenting an unprecedented detail: lThe horn-shaped rear-view mirrors of the authentic M are also carried over to this M Performance model, as it has in the new i4 M50. From behind, the bumper also has new shapes, the retro-reflectors have been relocated and the internal distribution of the pilots will also be retouched.

READ:  Sales of electric cars in Spain moderate their growth in July 2021

The BMW 3 Series Sedan, and this M340 as well, will feature important new features in the interior, highlighting the new digital instrument cluster on a large screen that will occupy the dashboard, providing an extra cache and minimalist design as in the new i4, accompanied by new connectivity equipment -the latest generation of the iDrive system- comfort and driving assistants, among others.

The M340, which is available in diesel and gasoline, will be introduced at the same time as the regular 3 Series LCI versions scheduled for late spring, on sale early 2023. The M340 will achieve a mechanical optimization focused on greater efficiency thanks to the 48 Volt technology that they already have, achieving an extra power that, in diesel it will reach 360 hp and in gasoline up to 390 hp. The transmission will be an 8-speed automatic and xDrive all-wheel drive.