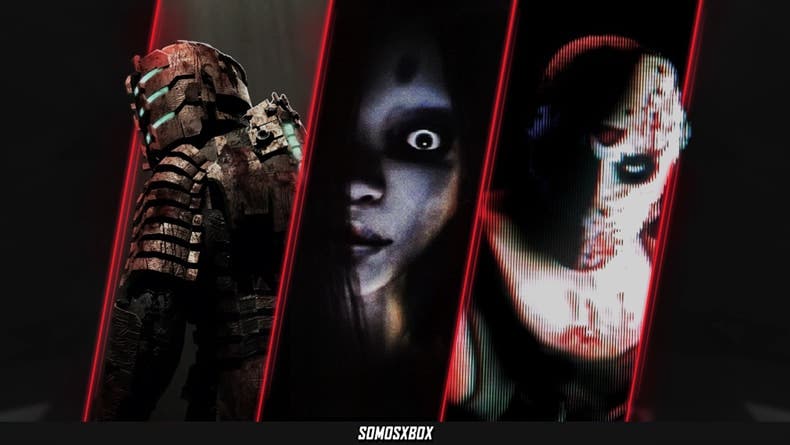 We are already in mid-October and, of course, Halloween is present in all entertainment. Streaming platforms are already offering us new content, such as Mr. Harrigan’s Phone (Netflix) or Hocus Pocus 2 (Disney+). In addition, the events of this time are already reaching some games, as is the case with Dead by Daylight. We want to take advantage of the moment to continue telling you details about survival horror games; this time entering the horror era of the 2000s, which introduced new elements with respect to the classic and golden age of the genre.

This first person shooter horror game combined the Bram Stoker’s vampire metaverse with the Nosferatu of 1922. The game introduces us to James Patterson, who must attend the wedding of his sister Rebecca with the son of a Romanian count, in his castle. However, he soon discovers that his sister is in great danger.

This game offers some random elements that can make the adventure impossible for more than one. For example, we may even have to restart the game if the key we need is found on the other side of the door.

This horror classic from Rockstar Games is probably also the most controversial of the 2000s. Marked by its uncensored content, carnage and gore, Rockstar introduced us to prisoner James Earl Cash, who will have to follow the warden’s macabre instructions if he wants to escape from there.

But Manhunt is also one of the games with the most nods to serial killers that we can find. Thus, Piggsy is loosely based on Leatherface (The Texas Chainsaw Massacre), while other assassins take names from real assassins, such as Lionel Starkweather (based on Starkweather), Ramirez (based on Richard Ramirez) or the eliminated character James W. Gacy. based on the John W. Gacy.

The horror classic by FromSoftware it took us back to the Heian Era of Japan; specifically, to a mansion populated by ghosts and creatures from the Beyond. The game became very popular over time, presenting some elements that the studio would pick up in later games and related to curses, possessions, rites, and characters who cannot escape their fate.

As a curiosity we can highlight that KUON can be translated as “eternity” or “nine curses” and that in Japan it is believed that the numbers 9 and 4 bring bad luck. Despite this, Atsushi Taniguchi, producer of the game, wanted one of the two numbers to be in the title of the game, using the kanji for “nine” on purpose, despite superstitions.

Following in the wake of manhunt, The Suffering takes us to the prison of Carnate Island, in Maryland. There we meet a convict sentenced to death for murdering his family. But when an earthquake shakes the island, Torque sees in it the opportunity to escape from it, but not before facing the ghosts of the prison and his own.

The Suffering stands out especially for the originality of its monsters, based on real execution methods. And this is no coincidence, because the game’s development team drew on the darkest American history, marked by murder, slavery and crude prison politics, to create it.

Ubisoft introduced us to this marine horror title in 2005, just one year after Resident Evil 4, in which sailor Tom Hansen discovers a Russian ship in the Bering Strait. But he will soon discover that his crew is not normal and that the dead have come back to life because of parasites. Many may not know it, but Marilyn Manson contributed to the game’s soundtrack, contributing a song from her album The Golden Age of Grotesque (2003).

Read:  This LG 4K television is reduced by almost 200 euros

survival horror classic wherever they are, this Capcom title introduces us to Fiona Belli, who gets trapped in a castle after a car accident. However, she there she will discover that her presence in that place is not accidental.

It is also no coincidence that Haunting Ground is so reminiscent of the saga clock-tower, since it was originally born as its fourth installment. On the other hand, the game has four endings whose Latin names indicate, as a hidden spoiler, what happens in that ending. Of these endings, the one entitled «You were, ego eris» (What you are, I was. What I am, you will be), the worst of them all and also the most complicated to achieve; unlike other games, in which the simplest is precisely the one we want to avoid.

The title introduces us to Jennifer, who arrives at an orphanage and, overcoming violent and most terrifying tests, must discover what the place hides and why she does not remember anything of her past. The game presents scenes that, despite not being graphic, are quite suggestive; enough to cost it a sales ban in countries like China, Australia and New Zealand. It is also probably the most expensive and difficult survival horror game to get right now.

31 horror movies to watch this Halloween month via streaming

Clive Barker decided to immerse himself in the world of video games in the 2000s, bringing us Undying in 2001 and this title in 2007. Jericho presents us with a divine and Lovecraftian story, in which a team of commandos must stop the rebirth of an all-powerful being known as The Firstborn, who promises to unleash chaos on Earth. It should be noted that Jericho was not born as a book or as a short story, nor as a script, but was created by Clive Barker himself with the sole purpose of being turned into a video game.

2008 brought with it this horror and shooter game that, to this day, is still one of the games that has terrified players the most. In this adventure, FEAR (the Elite Assault and Reconnaissance Force) is assigned to a facility to put an end to the paranormal forces that are corrupting it. But little by little it will be discovered that Alma, the entity causing chaos, seeks a much darker purpose.

Following the line of sagas like Silent Hill, the game was created under a halo of mystery and legend. So much so that the lead level designer once claimed to have seen a strange shadow reflected in the bathroom mirror.

These are the first impressions of Dead Space Remake

The most important and most characteristic title of the era of survival horror games of the 2000s, will also be one of the most important next year. In the skin of the engineer Isaac Clarke, we will have to investigate the USG Ishimura; spaceship whose crew has disappeared and is only inhabited by atrocious creatures known as Necromorphs.

They vote for the worst job offer in “World Horror Vacancies”