Zhou and the terrifying account of his accident: “I don’t know how I survived” 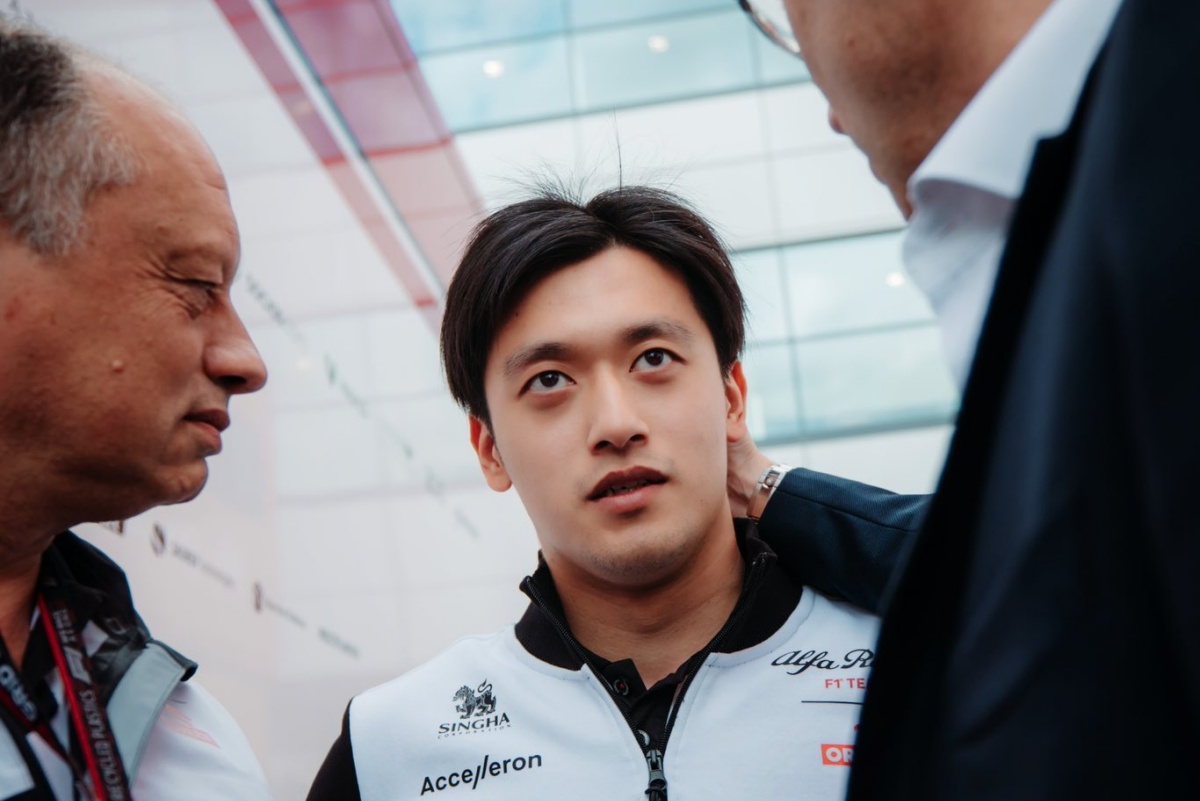 Despite having emerged unscathed from the terrible accident suffered by Guanyu Zhou in just his tenth Formula 1 Grand Prix, the Chinese Alfa Romeo driver reveals the details of what was an unforgettable experience for him.

That he Halo has already demonstrated on several occasions the safety it provides is a fact: from atrocious cases such as the burning of Romain Grosjean’s car in his last Formula 1 race, one of the biggest detractors of this element, to the two most recent events in the British Grand Prix weekend.

Meanwhile in Formula 2 Roy Nissany fought a frontal impact against Dennis Hauger’s single-seater, in which without the Halo the consequences would have been much more severe, perhaps even catastrophic, in Formula 1 it was Guanyu Zhou’s turn to test this new safety accessory that has caused so much controversy raised in the recent past.

Also read:
Index hide
1 Chaos at Silverstone: Russell messes it up, Zhou capsizes and a group of activists take to the track
2 unprecedented history
3 ongoing investigation

Chaos at Silverstone: Russell messes it up, Zhou capsizes and a group of activists take to the track

Involved in a serious accident, stemming from a ‘sandwich’ from which George Russell comes straight at him, catapulting him immediately and almost causing his helmet to hit the asphalt, the Chinese Alfa Romeo driver experienced a few moments of anguish.

“Once I capsized, the first thing I tried was to take my hand off the wheel» Zhou revealed, beginning to recount a series of events that only he experienced firsthand. «You never know, you can break your hand very easily with a crash like that; also, while rolling on the ground, I knew I was going to face a huge impact, because the car would not stop.

“And yes, I tried to stay in the safest position possible, waiting for the final impact: keeping your hand back, but reasonably tense so it wouldn’t fly off on that last impact,” he added.

“Once I was basically standing up, I didn’t know where I was, because I was upside down. There was a liquid falling, I wasn’t sure if it was from my body or from the car.» Zhou said, shaping a devastating story.

With the temporal space out of his control, since he himself ensures that “I didn’t realize it until I saw the photos” Stuck between the fence and the tire pile, Zhou took a ‘time out’ on Monday to collect himself before returning to his usual routine in the gym on Tuesday.

Read:  Did you buy a used car? This is how it is processed and this costs the change of owner

“I tried to turn off the engine, which was still running. I knew that, if the car started to burn, getting out would be very difficult, so I turned off the engine and everything was fine. I scooted out a bit to at least get my leg and feet off the top of the seat, and they were able to get me out. I thought I would be next to the barriers, but actually I was between the barrier and the fence, and I don’t know how I survived; Looking back, obviously the halo saved me,” she continued.

After what happened, the FIA ​​has launched an in-depth investigation to try to find out why the anti-roll system did not play its part in the accident. “They say that it is still being investigated, but the first impact was much harder than what is experienced in safety tests; it was a few times stronger than the numbers we test with,” he revealed.

“That would probably cause will be released immediately. I’m curious about the future, can we change some of the barriers so that a pilot doesn’t get stuck?” he continued musing out loud.

“I’m curious about the future, can we change some of the barriers so that a pilot doesn’t get stuck?”

The small spoiler that usually houses his helmet on the back of it ended up broken, with some visible scratches on the rest of it that did not go any further, something that did not cause any negative reaction in Zhou when seeing the accident repeated… he even went so far as to ask if his seat was ok for the next race because of how comfortable it is!

«On Sunday I already saw the race, and I have spoken with the team throughout the week, about the first impact and the place where I landed. I’m glad there’s a race this weekend too, because if we had the summer break now it would be terrible: you would be thinking about it, replaying the accident in your mind over and over again… even if you try to avoid it, it somehow comes back somehow. It’s good to be back competing so soon,” Zhou concluded.