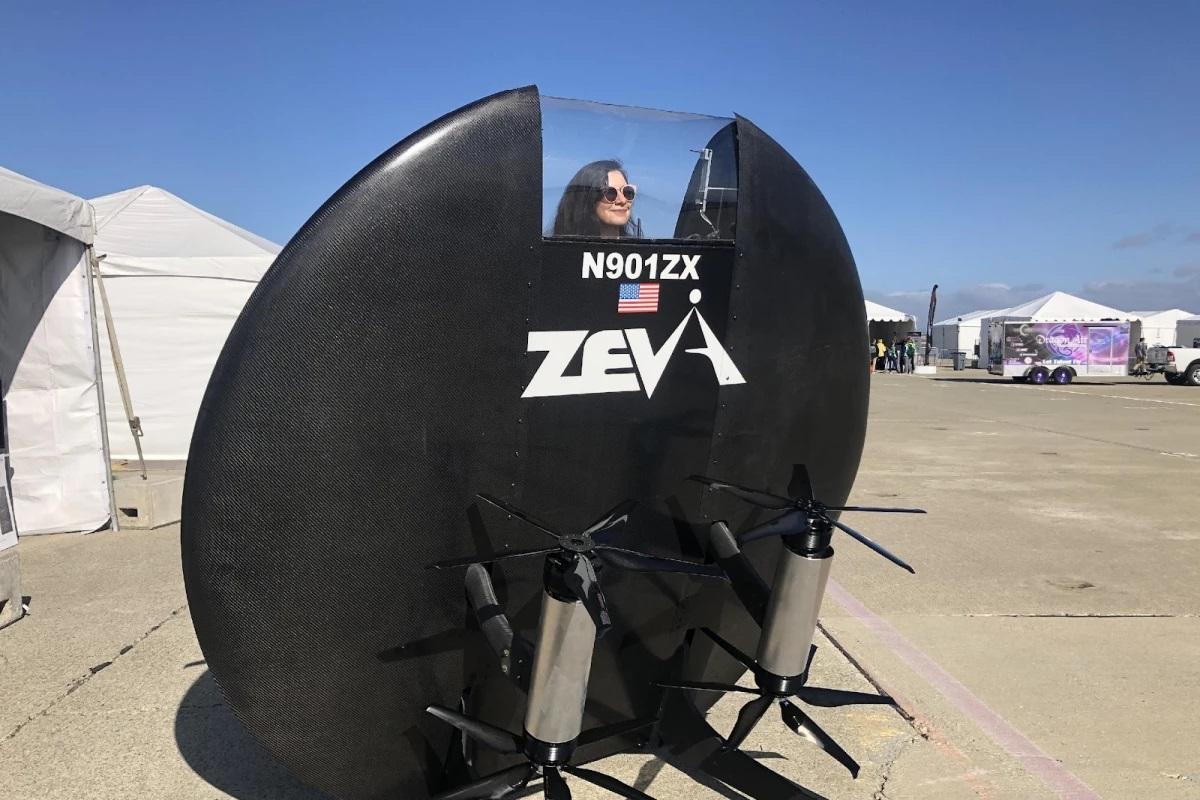 In the not too distant future we may see flying saucers soaring through the sky, but they will not be piloted by aliens, but by humans …

The company Zeva proposes a new way of flying you have to overcome numerous barriers. Both technical and psychological.

Would you be able to fly in a flying saucer at a height of 1,000 meters, at 250 km / h and upside down, continually staring at the ground?

That’s what it proposes Zeva Zero, the universal electric flying saucer, which will start to fly with people “in weeksYou can see it in action in this video:

The Zeva company proposal is difficult to accept.

Is about fly in an eVTOL, an electric vehicle for vertical take-off and landing, for a single person.

It is a circular vehicle only 2.6 meters in diameter, made of carbon fiber, weighing 317 Kilos.

The passenger / rider enters from the rear. Zeva Zero takes off in a vertical position, thanks to its four electric motors equipped with two propellers each.

If you want to buy a drone with a camera, this market has not stopped growing and it is becoming easier to find a model at your fingertips. We show you the best.

It basically takes off like a drone. But when it has reached sufficient height, it is placed in a horizontal position, and the passenger stares upside down … at a height of 1,000 meters and 250 km / h. Like himself Superman…

Something that not everyone is able to endure, especially if you suffer from vertigo or are not used to flying.

Another limitation that we see is that the passenger can only see straight ahead and down, the sides are blind spots.

In addition, as it is a personal vehicle, it requires that everyone who uses it gets a pilot’s license.

Zeva states in New Atlas that the goal is that “everyone has one in their garage by 2040“, but a one-man flying vehicle for everyone is very difficult to pass the certifications.

It is more feasible as rescue and emergency vehicle, and even as a military vehicle, as seen in the video.

Most of your problems can be solved if adapts to autonomous flight, something that its creators are already implementing.

It would avoid having to get a pilot’s license for each passenger, it would reduce the risk, and the limited visibility of the cabin would not be a problem. Even so, It is a vehicle only for the brave …

Zeva assures that his prototype has been flying for months tied to a cable. In a few weeks they want to test with a person inside, and from there, hundreds of flight hours to pass the certifications.