Zague OnlyFans?; This is the proposal that Martinoli makes to a former footballer 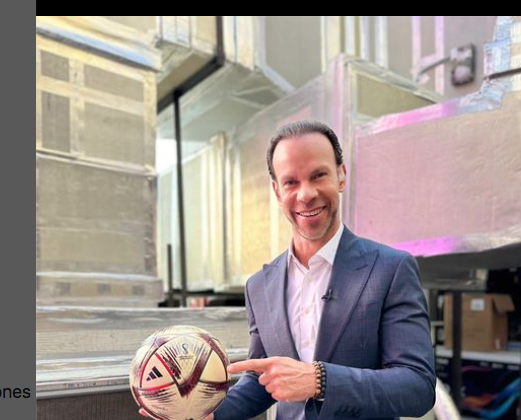 During a broadcast of “Los Protagonistas”, the former Club América player, Luis Roberto Alves, “Zague”, drew the attention of Internet users after it was revealed that he had been “proposed” to open an account on OnlyFans.

Much has been said – there is talk – of how, as a result of the arrival of the pandemic, the digitization process throughout the world suffered a boom; a time when the internet became a key piece in people’s lives, much more than in previous years.

The Covid-19 was the “pretext”, to put it in some way, that was required for various platforms to expand in the way they did and, with it, open the way to a new era in which the digital scenario was one of the main ones for a global community more into this type of practice.

Speaking of Mexico, in 2020, according to the National Survey on Availability and Use of Information Technologies in Homes (ENDUTIH)carried out between National Institute of Statistics and Geography (INEGI), the Ministry of Communications and Transportation (SCT), and the Federal Institute of Telecommunications (IFT), it is estimated that 84.1 million people had Internet service, a figure that represents 72 percent of the population aged six years or older. In addition, it is an increase of 1.9 percentage points compared to what was registered in 2019 (70.1 percent).

Read:  UFC hopeful was kicked out of gym for being on OnlyFans

On the other hand, taking into account the data from Statista Key Market Indicatorsin 2022 it was estimated that approximately 98.6 million people in Mexico had access to the Internet, which represents an increase of around 16 million compared to the number of registered users in 2021.

In this context, it is expected that, by 2026, there will be 118.2 million Mexicans who will have Internet among their consumption habits, especially through their smartphones.

Zague OnlyFans?; This is the proposal that Martinoli makes to a former footballer

To this day, if we have to talk about one of the winning platforms of the pandemic, the name of OnlyFans would have to appear alongside TikTok, Twitch, Snapchat, among others.

Beyond the controversy of its explicit nudity content, it is a site that served as a space to develop creative initiatives; however, it is nudity and “nopor” content that generate the most income.

Now, at a time in history when, due to job losses following the health emergency, OnlyFans functioned as an important window for content creators, one of the professions that, according to Morning Consult, has a great preference among young people.

That said, a video of the program “Los Protagonistas” circulates on social networks where the narrator Christian Martinoli tells about the proposal he made to Luis Roberto Alves, “Zague”, to open his OnlyFans account.

According to what is revealed in the video, far from proposing nude videos, the idea has to do with making gym routine content.

While it is true that OnlyFans has been of great help to the sex worker niche, this was not the only audience that benefited, since it is a platform that, in other words, is open to all kinds of creators.