Yulay spends $5 thousand buying Metro tickets to give them away 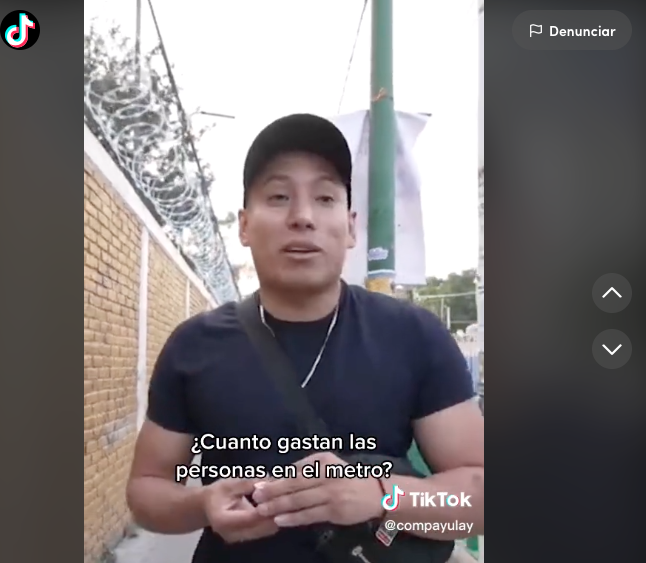 Social networks have become the best communication tool for people, since in these media it is normal to find any type of information. This is the case of the content creator, Yulay, who shared that he bought a thousand Metro tickets, to give them away and help people who spend daily using this means of transport in the country.

Without a doubt, the Metro is one of the most used means of transport in the world, where in Mexico, The Mexico City Metro (CDMX) offers service to thousands of Mexicans who travel every day through its trains and corridors, which has made it a benchmark in Latin America, as it serves one of the cities with the largest population in the world, according to the UN.

In this sense, according to figures presented by the Metro Collective Transport Service (STC), in 2021, A total of 837 million 473 thousand 413 users traveled, that is, more than 69 million passengers per month.

While in 2022, the number of passengers shows a considerable increase, because according to information from the National Institute of Statistics and Geography (INEGI), from January to July 2022, the average number of people traveling on the CDMX Metro per month is 82.0 million passengers, which per day translates into almost half a million more than last year (440 thousand 314 people).

Through the social network TikTok, the content creator Yulay, shared that he bought a thousand subway tickets to give them away to people who use them daily this means of transportation, but perhaps they only have five Mexican pesos in their pocket to pay for said ticket.

The youtuber who has distinguished himself by uploading videos sharing some strange things he does in Mexico, especially for doing this kind of generous actions, it shows the moment when he buys the thousand tickets.

Read:  The faculties by which Ticketmaster can cancel your tickets

In the recording, which was also posted on his Youtuber channel, Yulay is shown trying to convince the person at the Metro box office to sell that amount, since he doubted him. After a few moments of negotiations, the youtuber managed to buy the tickets with five thousand-peso bills.

Likewise, in his recording that registers more than 94 thousand likes, Yulay commented that about 4.2 million users use the metro daily, so if we start to do the math, if each one of them spends five pesos on their ticket , 20 million pesos is what the collective transport system generates approximately per day.

In the recordings, it can be seen how the content creator, who has a community of 700,000 followers on TikTok, was able to give away tickets at different Metro stations such as Pantitlán and Tacubaya, two of the busiest in the entire network. from the CDMX subway.

The posts have generated a large number of comments from people thanking the content creator for their action.

@compayulay How much do people spend on the subway? #yulay #cdmx #influencer ♬ original sound – Yulay

“Thank you for being shared with the people, with the people I congratulate you, many of your YouTube colleagues only boast of being successful,” says one of the comments.

“How cool Yulay the net if there are a good number of people who do not have for the Metro, how cool that you help and think of everyone,” says another comment.

“Actions that must be supported with likes”, says another comment.

Once again, social networks become the ideal channel for people to disseminate this type of action or content that generates comments and even goes viral.

Yulay rejects 300,000 pesos to go to Qatar and this is what he did with the money