Bullfrag
Home Technology You remember? This cost the Nintendo 64 and its games in... 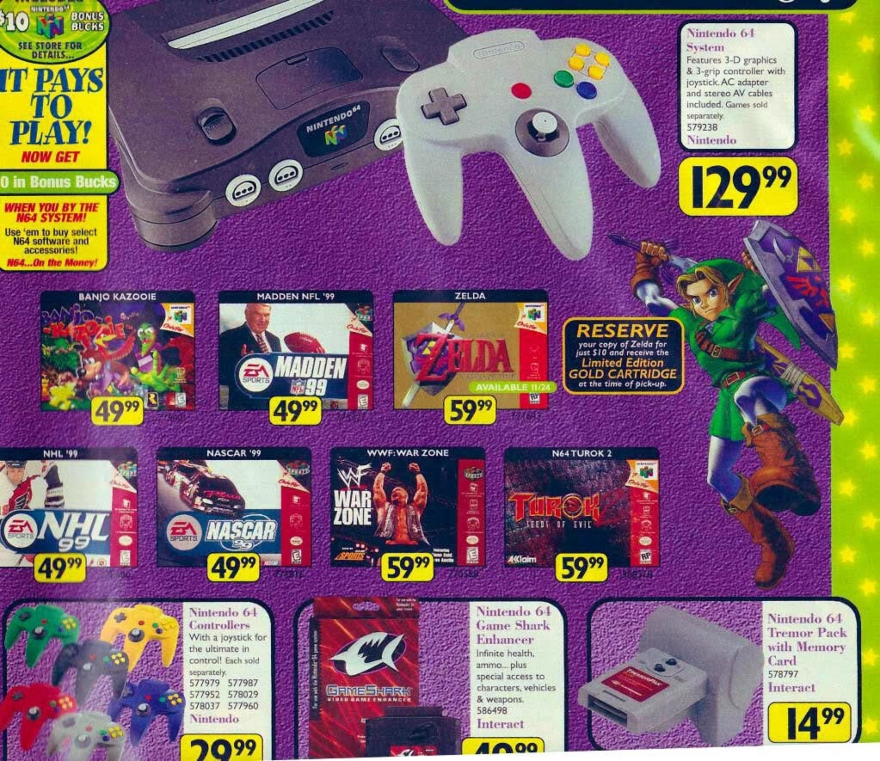 2021 marked the 25th anniversary of the launch of Nintendo 64, a console that for the Big N meant -in equal proportions- immeasurable successes, cultural legacies and resounding failures.

We talk about the console with which Nintendo decided to bet again on the cartridge format, leaving aside the possibility of adopting CD-ROM, which ended up driving away developers for whom it was simply impossible to adjust their games to the company’s parameters.

Now what Nintendo 64 It is back in the conversation thanks to the fact that, on the occasion of its 25 years, it will have a catalog of games incorporated into the Nintendo Switch Online service, it is worth remembering how much did they cost both the console and recently released titles in 1998.

This approach has the answer when observing this image of which we do not know its origin, but it is clear that it was a commercial.

The picture shows the Nintendo 64, some games and peripherals ranging from controls to GameShark, all with their respective price. Although the publication date is nowhere to be inferred, there is a section in which it is stated that The Legend of Zelda: Ocarina of Time would be available on November 24, which leads us to conclude that the ad was published in 1998.

The premiere games from that moment –Turok 2: Seeds of Evil, WWF War Zone and the next to leave The Legend of Zelda: Ocarina of Time– they were priced at $ 59.99, which is equivalent to the purchasing power of $ 96.89 in 2021 and what in turn corresponds to 1,968 Mexican pesos currently.

Read:  Facebook sues one of its programmers for selling data of 178 million users on the black market

no oil, but very crispy