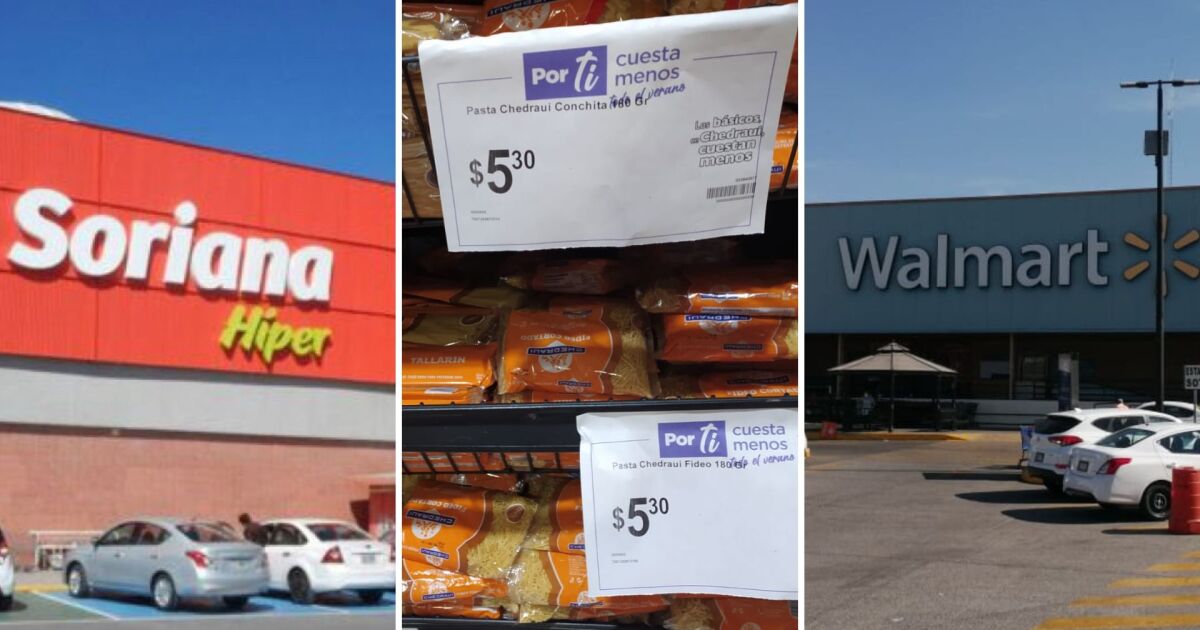 Among the 15 products compared, three of the Chedraui brand stand out for their great price difference:

Index hide
1 milk that is not milk
2 Is the oil smaller?
3 What do the tellers say?
3.1 Has the offer of the products changed, that is, are they offered in lower weight, for example?

milk that is not milk

The milk also has a substitute under the Chedraui brand, whose presentation in a liter costs 15 pesos, 10 pesos less compared to the liter of whole milk from Santa Clara. However, it is important to note that the Chedraui brand is lower in quality, since it is not whole milk, but a “dairy product” added with vegetable fat and vitamins.

Is the oil smaller?

Previously, it was possible to find cooking oils in 1-liter containers on the shelves, in brands such as Nutrioli. However, in the Chedraui Now there is only the 800-milliliter presentation, but with a higher price than the previous one. This is a process known as reduflation .

According to data collected by the Federal Consumer Protection Agency (Profeco), canola or corn oil suffered an increase of almost 62%, going from an average price of 31.25 pesos per liter, in January 2022, to another of 50.83 pesos in June 2022.

In the general comparison of the four stores, only Walmart, Soriana and Chedraui had all the products on the list available in their brand and generic version.

Read:  Unlock all hidden settings on your Xiaomi with this app

Walmart was the store where the lowest price was found for both baskets and where there was the least difference in cost between one and the other. Opposite case of Soriana, which in addition to having the highest price for the selected brand products, also had more contrast between these and the generic ones.

What do the tellers say?

Expansión also took on the task of interviewing a cashier at the Chedraui self-service store about changes in purchasing habits that he may notice when he is in the checkout section. He responded that the changes he observed date back to the start of the COVID-19 pandemic.

“Clients look for cheap brands or discounts, but the paper consumption is less than 32, they carry 12 or eight, the majority. In addition to the fact that there are customers who go to the store for between four and five basic things or the fortnightly pantry, even the wholesalers, who go for discounts or product promotions, in this case they usually have stores”, explained Daniel Luna, who He has been a cashier at the supermarket for almost three years.

Has the offer of the products changed, that is, are they offered in lower weight, for example?

“There are presentations that used to be 2 for 1, which have decreased in terms of the merchandise that is exhibited, for example, before they used yoghurt from the same presentation, and now the gift is of lower weight.”

“In terms of basic necessities, household items predominate, such as sugar, beans, and rice,” he responded when asked if he has noticed that customers consume more of their own or lower-priced brands.

Regarding whether consumers fill the cart less than before, the young man comments that at the end of the month is when they are fuller.