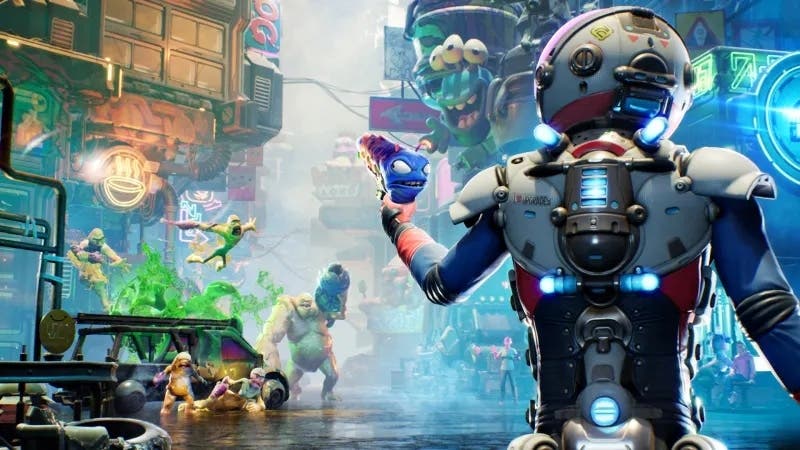 High on Life is one of the most anticipated games of these last months of 2022 for Xbox users. The game from the creators of Rick & Morty has surprised since its announcement at the last Summer Game Fest for its striking gameplay and constant humor. Even though it’s still almost four months away from launch, Xbox Game Pass users can now pre-download High on Life to have it ready for launch day.

The game of Squanch Games has continued to offer news during Gamescom 2022. We have been able to see a wonderful gameplay in which we were presented with the first steps in the game and we saw different things such as the possibility of choice in dialogues with NPCs and the confrontation against a boss. All this has meant that interest in High on Life has not stopped growing.

Originally, the title was going to launch on October 25, but the development team has confirmed the delay of the launch window until next December. The main purpose of this delay is to be able to work on polishing the game and offer the best possible experience to users who want to enjoy High on Life the way it was meant to be enjoyed.

Without a doubt, this is a game that pretends to be one of the great surprises of this 2022. In the few fragments of gameplay that we have been able to see, the constant intention of breaking the fourth wall and betting on a very strong humor is noticeable. High on Life will launch on Xbox Game Pass with the intention of becoming one of the most played games on the service.

Read:  My Hero Academia revealed the return of a very shocking character