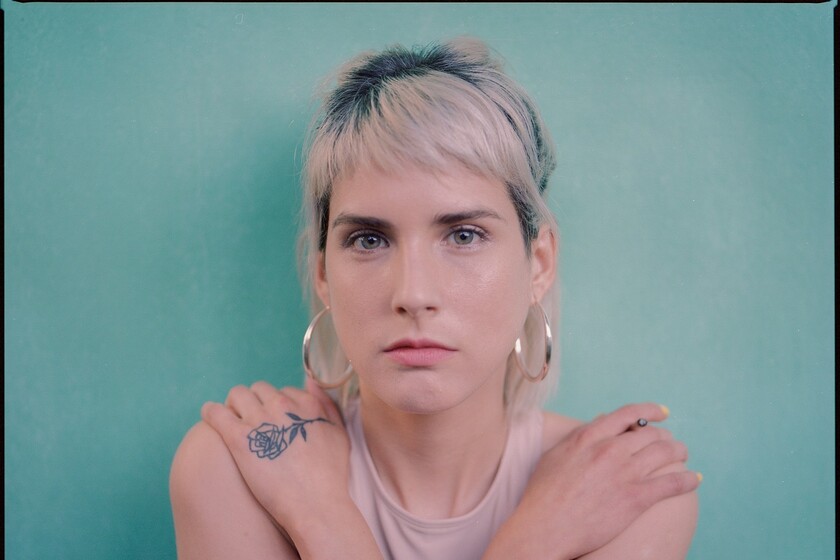 When in April the prestigious British magazine Granta chose the 25 best young authors in Spanish, his name was on the list. However, many readers already knew that of Paulina Flores and waited for her first novel after What a shame (Seix Barral, 2016), a declaration of intent in the form of a book of stories. The wait ended this rentrée with the publication of Disappointment island, which ceases to be a lonely geographical place in Antarctica (with the permission of its 15,000 annual tourists) to also become a novel by the Chilean writer in which loneliness, mistakes and despair can still become an adventure.

Marcela flees Santiago de Chile to visit her father in Patagonia and cannot imagine the plot twist that That attempt to escape a broken heart and a job he hates going to give … Inspired by real cases of oriental sailors who put their lives in danger by jumping from the factory ships that sail through the Strait of Magellan, Deception Island and its characters rotate around the mystery of a stranger that the father hides at home.

Lee is a young Korean rescued by a group of fishermen at sea Through which Flores addresses the current state of exploitation of the seas and the slave labor conditions that still remain in the XXI century. We talked to her about this, how strange a place as remote as Patagonia is and what it feels like to be an author Granta.

Young authors are often accused of abusing the first person and self-reference, however, you have plunged into a reality as opposite to yours as Lee’s, why?

On the one hand, I was very interested in talking about running away, about escaping. In addition, with everything that was happening at that time in the United States with Trump, there was something in the environment that spoke of immigration and social issues affect me a lot. Finally, after reading a report by the Chilean journalist Rodrigo Fluxá in which he spoke of these mysterious cases of real crew members who jump from ships to escape their living conditions, curiosity came into play.

How did you document yourself?

It is a subject about which very little is known because very few people get on the ships and the sailors do not make a port. I had the testimonies of these sailors, of journalists, and I also interviewed pilots. The Strait of Magellan is a very difficult place to navigate so all ships that pass through are forced to be led by one. They are boat captains specialized in navigating this area of ​​Chile, so the pilots have to get on the fishing boats. I also investigated slave conditions in other industries such as fashion, technology … And, well, the world never ceases to amaze. It is a horrible place.

“The world never ceases to amaze. It is a horrible place.”

What impacted you the most?

One of the things that characterizes the subject is its non-situational nature. The boats have the flag of a country but, sometimes, they change them illegally according to convenience. It is a type of work that is not linked to a physical place in which there are certain laws that protect workers or question their conditions, but it is simply the high seas. So no one can actually monitor or see what is going on inside.

Important, at this point, make it clear that Ithe disappointment it is not a chronicle but a novel.

Sure, what I do is fiction. It is a fantasy and, in that sense, I investigated to do it in a serious and respectful way but I could not have chronicled. Of course, at the end of the book I comment on the exact sources that I have consulted so that whoever wants to deepen can be informed and read directly on the subject.

I suppose that setting the book in a place as exotic as Patagonia, rather than choice, was mandatory. You were?

Exactly, the ships pass through there so I traveled a lot to Punta Arenas and discovered a very particular place. The weather conditions are extreme and the wind blows so hard that people cannot be in the street for long because it knocks you off. Also, the nights last very little. The sun sets around eleven or twelve and rises again around four in the morning. Since the novel is so much about running away, it was funny to get to a place where it was so difficult to live but so easy to hide because no one is going there.

Did you have any revelations?

I remember talking to a gravedigger in the cemetery of Punta Arenas, which is also very beautiful, and asking him what living there meant to him. He told me about winters with two-meter-high snow, but the first thing he told me was that Punta Arenas is like getting used to it: “you have to get used to being here.” It does not have to do with a desire to be there but you have to get used to it. It’s going to be hard and it’s going to cost you but you end up getting used to it and I really liked that concept.

Read:  Seven anti-trends for those who seek to oppose and break with mainstream trends

The characters speak in monologues without caring who listens or if they understand the language, which is a bit of what we do on social media. However, technology is left out of this novel about loneliness and isolation that now for many go hand in hand. Is it deliberate?

In a certain way, in the novel there is a need to have a real adventure and, in that sense, social networks lose prominence. I also think that it is paradigmatic how one cannot live the new life without social networks but, at the same time, it is very easy to leave them. It is very easy to leave WhatsApp, Instagram, Facebook … it is a kind of fake news or pyramid scam that can not be. There are people who do it every day and live the same. It sounds surprising, but you can live without networks and it is neither worse nor better. It’s the same, the same loneliness as before.

Imagine a reader who reaches the last page of Disappointment island and close the book. What do you imagine it does next?

Besides being shocked wondering what you just read and feeling lost, I would like you to listen to music. And to see the sea. Or that he would look for an image on YouTube if he is not close to it but that he will experience that abstraction.

Since Chile is a country with so much coastline, how is the relationship of Chileans with the sea?

Because of that closeness, I feel that our melancholic character is losing us. So, when I was writing the book, I thought that if the result was horrible, at least I was going to connect well with Chile because yes, it is a country that has that marine and melancholic soul.

A lot is said about your writing style that it is cinematographic. Apart from Mad men, which you already mentioned in the novel, what movies and series inspire your writing?

Lately, Lucrecia Martel. She is an Argentine director who has done Zama, The swamp… and he has this anti-American entertainment industry theory in which films must not necessarily deal with plots but occupy all other audiovisual elements. Something super atmospheric. The gringos are very efficient and that is something that ended up boring me. Its film industry is very hegemonic and occupies the entire cultural space of countries that are not its own. I also like the Chilean director Raúl Ruiz, who is very dense but, at the same time, what happens is so absurd and ridiculous that there is no plot. I also like Koreans a lot …

Is it Korean cinema that has inspired Lee’s nationality?

Yes total. I really like it and I also had an obsession with the country. I think it is very normal in every person nerd have obsessions with countries and in my case it was with Korea. Being a writer has helped me to professionalize my obsessions and with Korea it was like that. First a whim and then I studied a lot to learn history, shamanism and I did not learn Korean because it was already too much, too difficult. But I did a lot of research on the Korean language as well.

What has it meant to you to appear on the list of the 25 best young writers in Spanish in Granta?

Very happy. Also, I really like the list. Just yesterday I was with Andrea Abreu and we talked about what it would have been like to be with macho people, in which there would have been few women or in which authors from South America were lacking, but that is not the case. I suppose it also helps you explain to others what it means to be a writer. It is an acknowledgment that helps me to tell my grandmother about it.

Precisely in Granta The beginning of your new novel has been published, what can you tell us about?

It will be an episode novel inspired, above all, by manga and anime. It also has a lot of picaresque, of criminal characters but from the validation of these figures. It focuses on a non-binary child who has adventures and the goal is to enhance and dignify her figure. I don’t know if you saw Knights of the Zodiac, who are orphaned children, very poor and end up saving the world. A little that.

“Being a writer has helped me to professionalize my obsessions”

And will it be written in inclusive language?

Yes, but I also really like to play with it and the novel also has a lot of humor about it. To laugh and not take anything very seriously and take it very seriously afterwards, to flow and to be. I am going to think about inclusive language from there because the novel also talks a lot about language: Chilean slang, Latin American slang … So what does inclusive language mean, what does it mean for something to be inclusive, etc.?

dress our bed on cold nights

Leather boots, sneakers and loafers to wear with all your autumn looks with 30% less thanks to Pedro del Hierro

This will impact brands and users