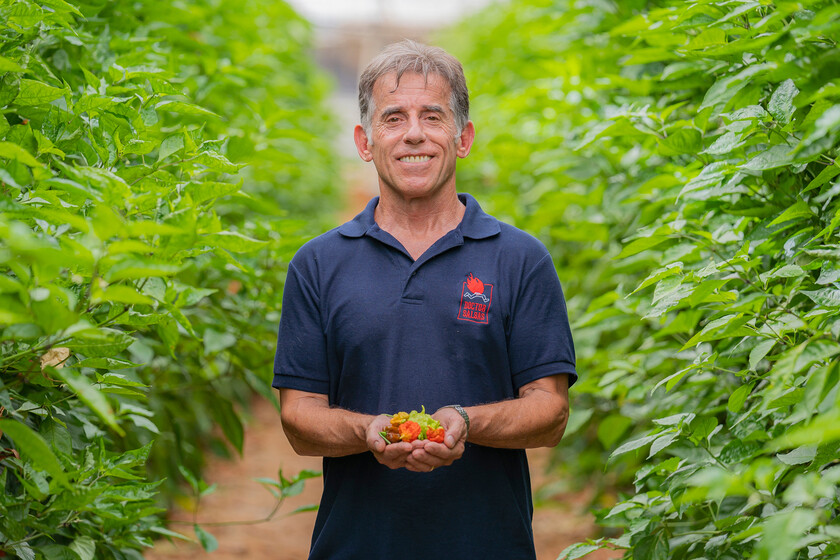 Carlos Carvajal Horowitz It introduced itself as “doctor salsas” and, for a decade, has made some of the hottest sauces in Spain.

This American, based in Granada since 2011, brought to Spain chili peppers such as the Habanero, the Caroline Reaper or the Trinidad Moruga Scorpion. Varieties that are already grown by other specialists –such as the Valencian Señor Salvaje–, but that at that time had to be imported.

under the brand Sierra Nevada saucesCarvajal has taken his sauces to small shops or to fans of the spicy through his website, but the Ybarra Group has set his sights on the project and soon we will be able to find his sauces in any supermarket.

As the company informs DAP, Grupo Ybarra and Salsas de Sierra Nevada have created, 50%, a company called “Doctor Salsas”, which will also be the new brand to be marketed nationally and internationally.

Cultivation and production will continue to be in Granada (chili cultivation in different areas at the foot of the Alpujarra and Sierra Nevada and facilities in Ogíjares), while Ybarra will support the commercializationpromotion-communication and outsourcing of the brand.

A jump into the world of spicy

“The growing importance of spicy in Spain and in Europe makes our alliance with Grupo Ybarra and the birth of Doctor Salsas an exciting project, full of future and in which we will surely be able to take the world of spicy food to another level”, Carvajal said in a statement.

Read:  a recipe to give a spin to the classics 'spaghetti alle vongole'

For his part, the CEO of Grupo Ybarra, Francisco Viguera indicates that “for Ybarra this new company represents a new challenge within the growth strategy based on long-term alliances with leading companies in the sector. Our extensive experience in the production of mayonnaise and sauces and that of carlos carvajal in the world of spicy, they are sure to make Doctor Salsas a reference brand with pillars based on quality, innovation, transparency, sustainable agriculture and the development of local commerce or Km 0”.

In DAP | 13 hot sauces to tour Asia without leaving the kitchen
In DAP | Sriracha: the hot sauce of a Vietnamese refugee who conquered the United States without spending a cent on marketing