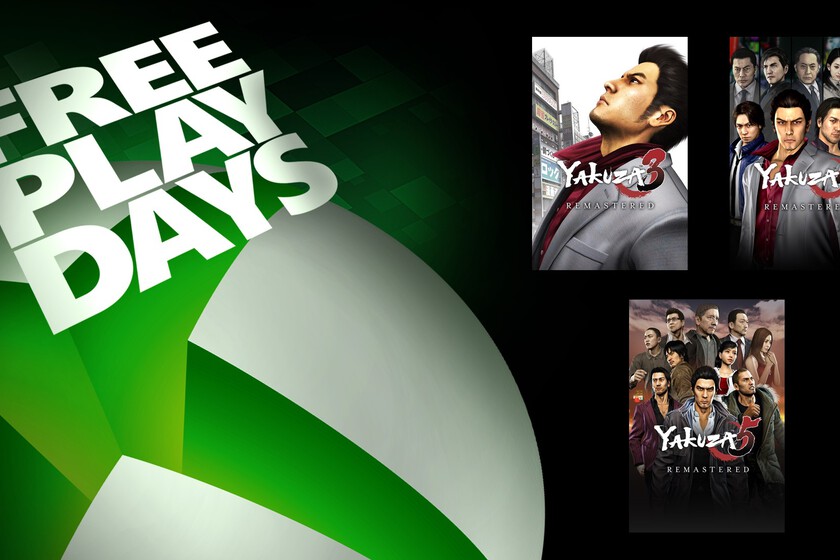 This weekend a few days full of action await you from the hand of the saga Yakuza. The point is that the games that are part of Yakuza Remastered Collection are the protagonists of Free Play Days promotion This week, which will be accessible to all those subscribed to Xbox Live Gold or Xbox Game Pass Ultimate.

This will allow you download and play the remasters of these three titles included in the collection for free, although only temporarily, since they will only be available until 08:59 a.m. on January 24. Of course, until then they will remain on offer in case you decide to add them to your account, so let’s review all of them.

Yakuza 3’s plot takes place one year after the war between Kanto and Kansai. Now Kazuma Kiryu and Haruka Sawamura are in charge of the Morning Glory orphanage, but the past of our protagonist threatens to involve this place in a deadly power struggle between the Tojo clan and the political world.

One of the most important features of Yakuza 4 is the fact that for the first time in the series it is possible control multiple characters, specifically three new ones, with their own personalities and with destinies that will intersect with that of Kazuma Kiryu.

Read:  Get this controller for Nintendo Switch cheaper than usual and say goodbye to cables

Finally, Yakuza 5 will introduce us to a plot where Kazuma Kiryu has left behind his past as a legendary yakuza and now works peacefully as a taxi driver in Fukuoka. However, this peace will not last long when our protagonist is due face new threats and evil organizations.