Xiomara Castro assumes mandate in a poor and migrant Honduras 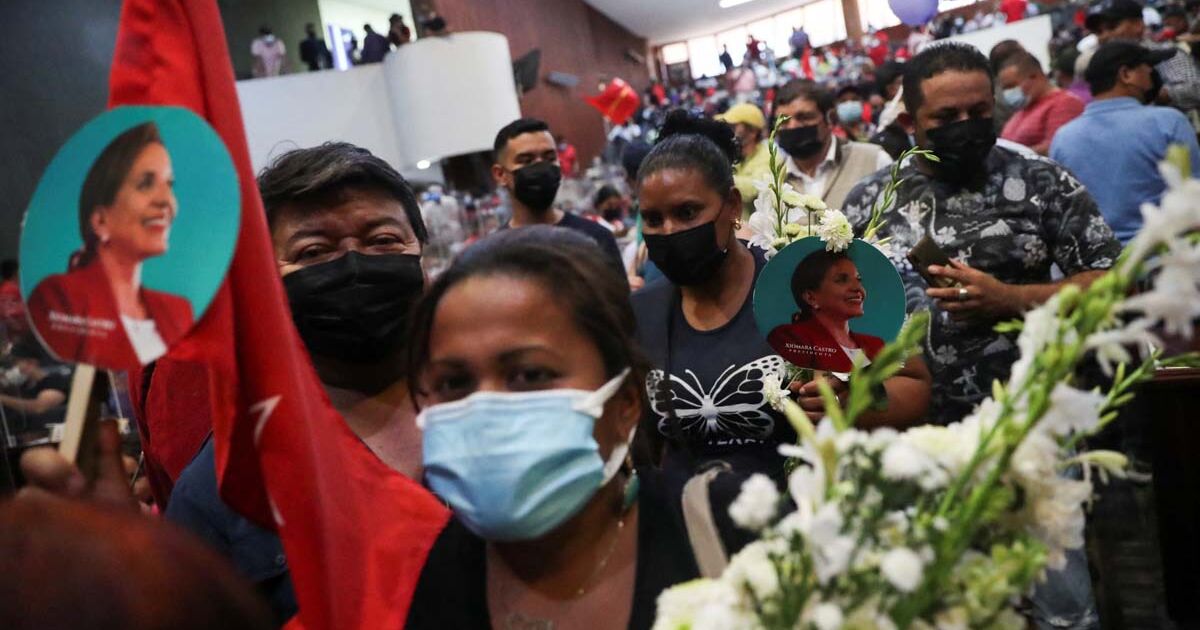 12 years of struggle and 12 years of resistance. Today begins the government of the people. Good morning Honduras! 🇭🇳 ☀️

Since dawn, large lines were formed in the National State, where some 29,000 people will participate in the swearing-in ceremony. They arrive with flags from Honduras and red, from the Free Party.

Pepe Palacios, a 50-year-old engineer, waves the flag of diversity. “We feel recognized, we have received an invitation to be here and be able to freely express ourselves. That had never happened,” he assured. Castro has been open to discussing same-sex marriage in a highly conservative country.

The ceremony has as stellar guests the Vice President of the United States, Kamala Harris, and the King of Spain, Felipe VI. On behalf of the Mexican government, the Secretary of Foreign Relations, Marcelo Ebrard, attends.

To develop his government plan, Castro needs the support of Parliament, where he does not have an absolute majority. Worse yet, Libre was divided by electing different presidents of Congress, generating a crisis. However, the picture seemed to clear up.

This Thursday, deputy Luis Redondo, supported by Castro’s party and its allies, opened the session as president of Congress without mishap.

Meanwhile, the rebel Jorge Cálix, who had also proclaimed himself head of the legislature backed by right-wing opponents and twenty dissidents from Libre, remained silent. On Wednesday he was offered a position within the government, and his response was awaited.

Cálix had rebelled against an agreement between Libre and his allies from the Salvador Party of Honduras (PSH), which Redondo is a member of, to preside over Congress.