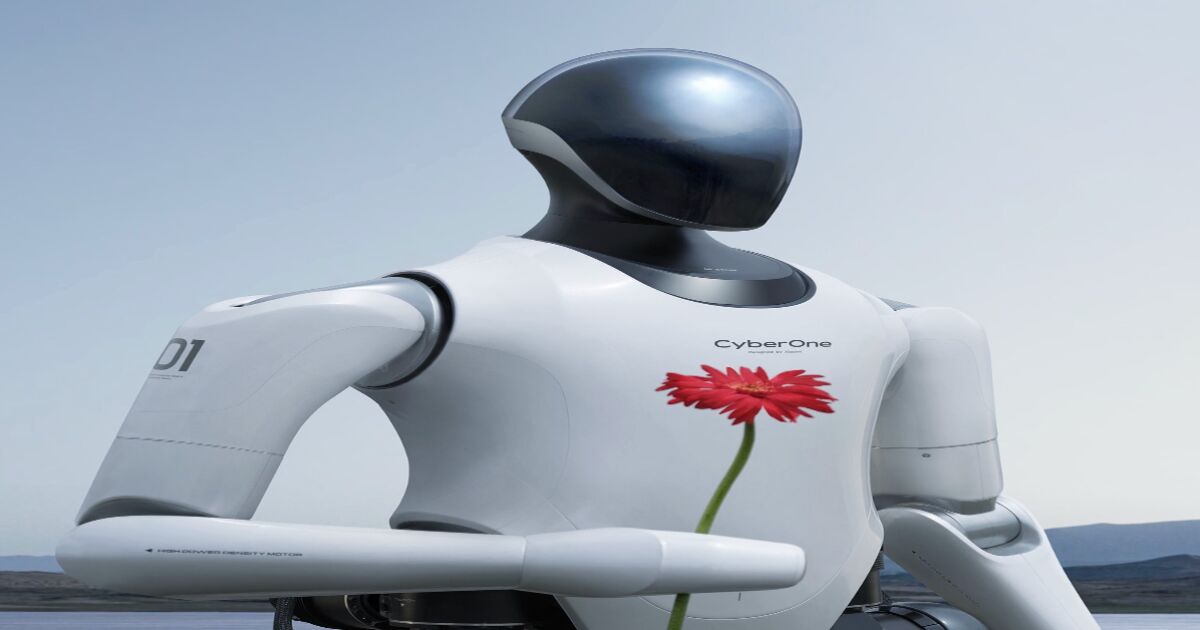 This robot is made up of several sensors capable of detecting emotions, feeling them and even expressing them through the OLED screen located on its face.

According to its state of mind, it will play a series of colors and animations so that we know how our robot is doing. It should be noted that the firm has indicated that this bot is currently a prototype, but they have also clarified that it is a real product and that it will reach the consumer market at a price of around 98,000 euros in exchange.

In this event, the company took the opportunity to show the potential of CyberOne. In different videos we could see him giving a rose to Lei Jun.

Regarding the characteristics of the bot, we are talking about a product with a humanoid shape and that has a height of 1.77 meters, in addition to a weight of 52 kilograms. It can also reach 3.6 kilometers per hour and is capable of grasping things with its hands, analyzing the environment to avoid obstacles, and much more. With 21 articulated points, his movement capacity is quite complete, he can perform contortions or crouch while maintaining his balance.

Some have speculated that Xiaomi introduced the CyberOne to compete with Tesla’s Optimus Bot. This is most likely true given the time frame of CyberOne’s debut. And it is not surprising that there will be competitors.

Although Tesla has not yet unveiled a working prototype of the Optimus Bot, Elon Musk announced that AI Day will be moved to September 30 hoping that Tesla would have one by then.

Read:  This was one of the prototypes of the POCO F2 Pro that never became official

Elon Musk has said many times that Optimus Bot was one of the most important products that Tesla was developing. During Tesla’s Q4 2021 earnings call, Elon said: