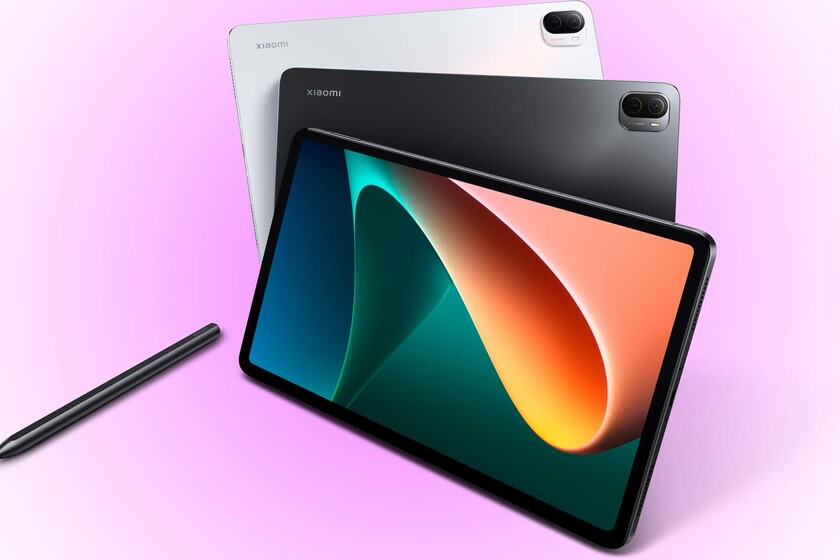 After its presentation in China, and after several years without Xiaomi renewing its tablet division, we finally have the new model in international lands: the Xiaomi Pad 5 is now official. High-performance, with a design that marks the quality of the device, very powerful and compatible with the stylus Xiaomi Smart Pen.

Importing Xiaomi Mi Pads was a relatively common custom a few years ago, not for nothing did the manufacturer offer good quality models at a really competitive price. With this philosophy in mind, Xiaomi renewed its tablets in China while preparing its official landing outside its borders. Based on the characteristics, the Xiaomi Pad 5 has a lot of future.

Data sheet of the Xiaomi Pad 5

Large screen and a large processor

The Xiaomi Pad 5 starts with quite remarkable dimensions for a tablet: its diagonal amounts to 11 inches. The panel, with LCD technology, offers 120 Hz refresh rate, WQHD + resolution, incorporates Dolby Vision and sees the front used well thanks to the reduced frames of the tablet.

READ:  How to download free MP3 music without viruses and without programs? - Quick and easy

The device equips a Qualcomm Snapdragon 860, a processor more than suitable for any task. Perfect for enjoying games on the big screen, and with a Quad speaker sound system with Dolby Atmos, the Xiaomi Pad 5 shows its chest when playing multimedia content. The autonomy should not present problems either, at least on paper: the manufacturer mounts a 8,720 mAh battery; with 22.5 W charger included in the box.

The tablet cameras offer multimedia capture that covers the usual needs of this type of device: 13 megapixel rear camera with 8 megapixel front camera.

The operating system offered by the Xiaomi Pad 5 is the adaptation of MIUI to the tablet format: the MIUI for Pad layer that Xiaomi presented in China together with the devices. In addition, support is included for the brand’s stylus, the Xiaomi Smart Pen. This accessory is not included with the Xiaomi Pad 5, it must be purchased separately.

Price and availability of the Xiaomi Pad 5

Xiaomi’s international tablet will be available soon in Spain. The price with which this device will start is very attractive: the Xiaomi Pad 5 will cost 349 euros for the 128GB version and 399 euros for the 256GB model.

The tablet will be available from September 23 with an introductory offer: The 128 GB Xiaomi Pad 5 will cost 299 euros for a limited time.