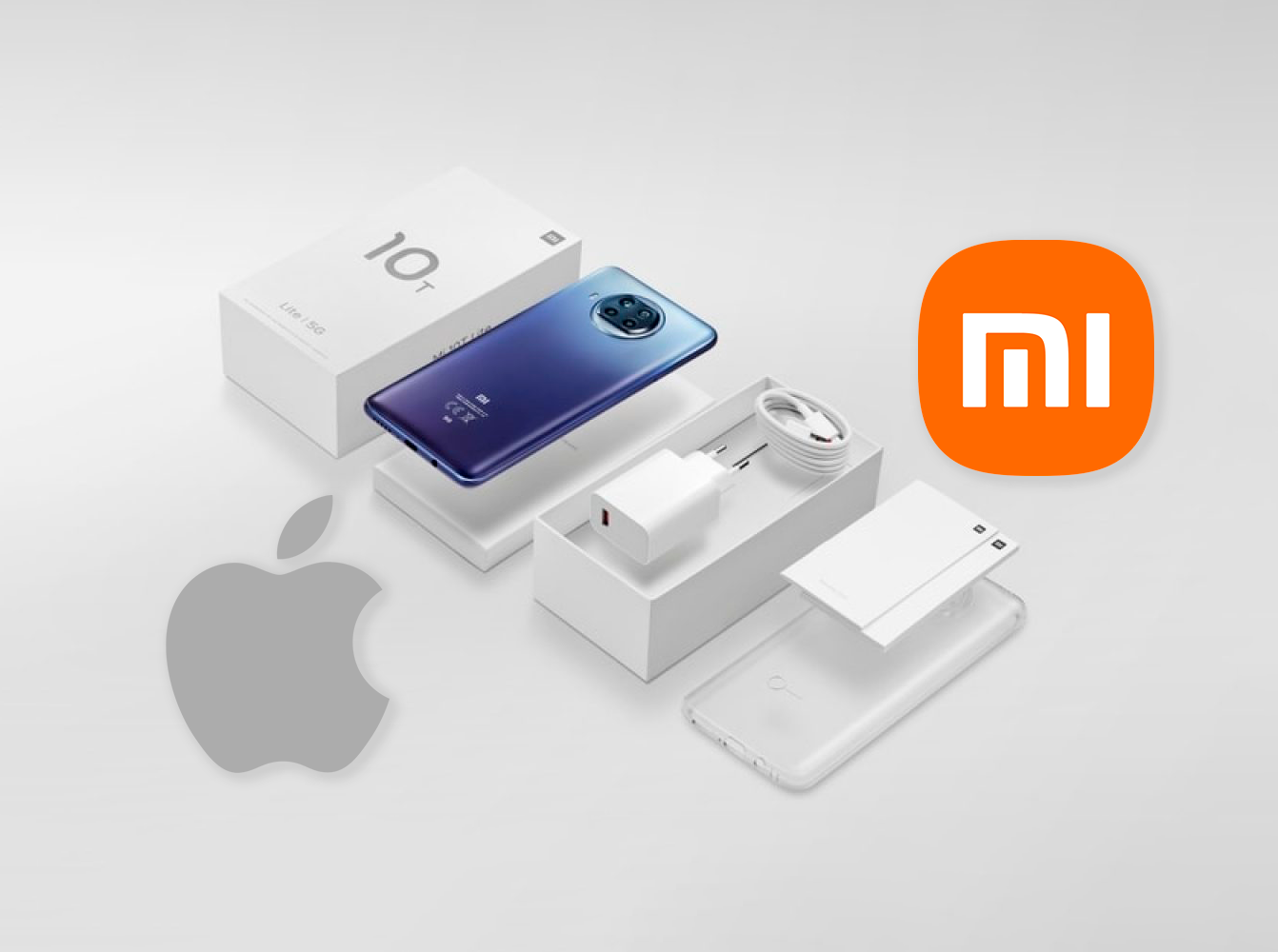 Facebook
Twitter
Pinterest
WhatsApp
It is already news around the world: Xiaomi just surpassed Apple. Market analyzes reveal that the company is in one of its best moments and that it has established itself as the second brand that sells the most mobile phones in the market. Xiaomi has more and more countries on its distribution list and thanks to its prices and quality it has managed to surpass Apple. What’s more, the analysis reveals that the Cupertino company could move down the ranks shortly.
Index hide
1 Xiaomi surpasses Apple and now goes for Samsung
2 Apple’s third position in jeopardy

The study of Canalys reveals that Xiaomi has achieved a 17% market share in the second quarter of 2021. It has overtaken Apple, a company that was ahead in the previous study and which now falls to third position with a 14% world market share.

Of course, we cannot forget Samsung, which maintains the first position with a 19% market share. The Korean company is the leader, although this position could change in 2021 or early 2022. If Xiaomi continues with the same growth, this 2% margin between one company and another could disappear.

All the companies reflected in the table increase their sales compared to previous periods, being Apple the least with 1% and Xiaomi the most with 83%.

It is difficult for Apple to recover the second position it held so far, as the company’s sales growth is the worst on the list. Of course, the bad news does not end here, well Oppo and Vivo are below with a very large growth and more and more markets worldwide.

READ:  How to create and edit Word documents with my Android phone?

If Apple doesn’t grow enough in 2022 we could see it fall to fourth or fifth position. It is a difficult situation for Apple, although it is still the brand that makes the most money selling smartphones around the world. Sell ​​less, but much more expensive.

According to Canalys, Xiaomi mobiles are 75% cheaper than Apple mobiles, so it is understandable that with the proliferation of emerging markets the apple company is lagging behind.

Naruto and Among Us merge in these great illustrations