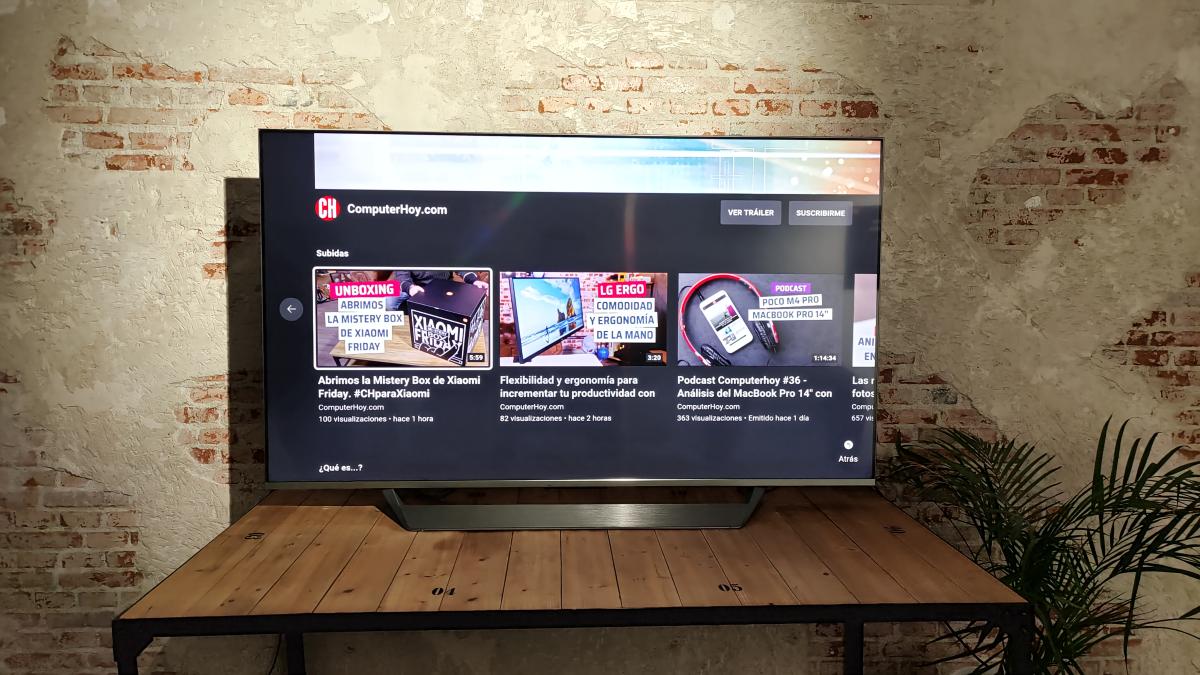 Xiaomi’s new premium QLED TVs went on sale last October. And now you can get them with up to 500 euros discount.

Xiaomi fell in love with its mobiles, but in recent years it has diversified its catalog, where we can find everything from oil-free fryers (analysis), to Premium QLED TVs.

The new ones Mi TV Q1E 55 and Mi TV Q1E 75 televisions they were presented just a month ago, but they receive a brutal price drop of up to 500 euros, becoming one of the best Black Friday deals.

Today Xiaomi has also announced the soundbar with subwoofer Xiaomi Sound Bar 3.1ch. We have attended the presentation of all these products, which you can see in this gallery:

The sound bar Xiaomi Sound Bar 3.1ch It consists of three speakers located in the bar, and a wireless subwoofer for the bass. The total power is 430W.

It’s compatible with DTS Virtual: X and Dolby Audio, and has an artificial intelligence mode to adjust the audio to the type of content.

Connects via Bluetooth 5.0, and even through NFC, simply by bringing the mobile closer.

Xiaomi Mi Sound Bar 3.1ch will go on sale at the end of December at a price of 279 euros.

If you are looking for a premium quality QLED TV, starting tomorrow the newly released Xiaomi Mi TV Q1E 75 and 55 drop brutally in price.

It’s compatible with HDR10 + and Dolby Vision, and thanks to its spectacular refresh rate at 120 Hz, it is also ideal for playing video games.

This device will allow you to play content on your TV without depending on the mobile. In addition, the virtual assistant Google Assistant is integrated.

It also boasts dual 30W speakers built-in with large gaps to optimize sound. They consist of four woofers and two tweeters, which produce both high and low quality. Xiaomi ensures that a stereo and three-dimensional sound is achieved.

The television Xiaomi Mi TV Q1E 75 It went on sale last month for 1,599 euros, but as of tomorrow, November 25 it will only cost 999 euros in the official store of Xiaomi, MediaMarkt and FNAC. At the time of writing, it was not listed in any of the three stores.

The other model on sale is the Xiaomi Mi TV Q1E 55, with very similar characteristics, but with a size of 55 inches:

The television Xiaomi Mi TV Q1E 55 drop from € 799 to only € 599 from tomorrow on the official Xiaomi store, FNAC and MediaMarkt.

It is a temporary discount for Black Friday. They will then return to their normal price.