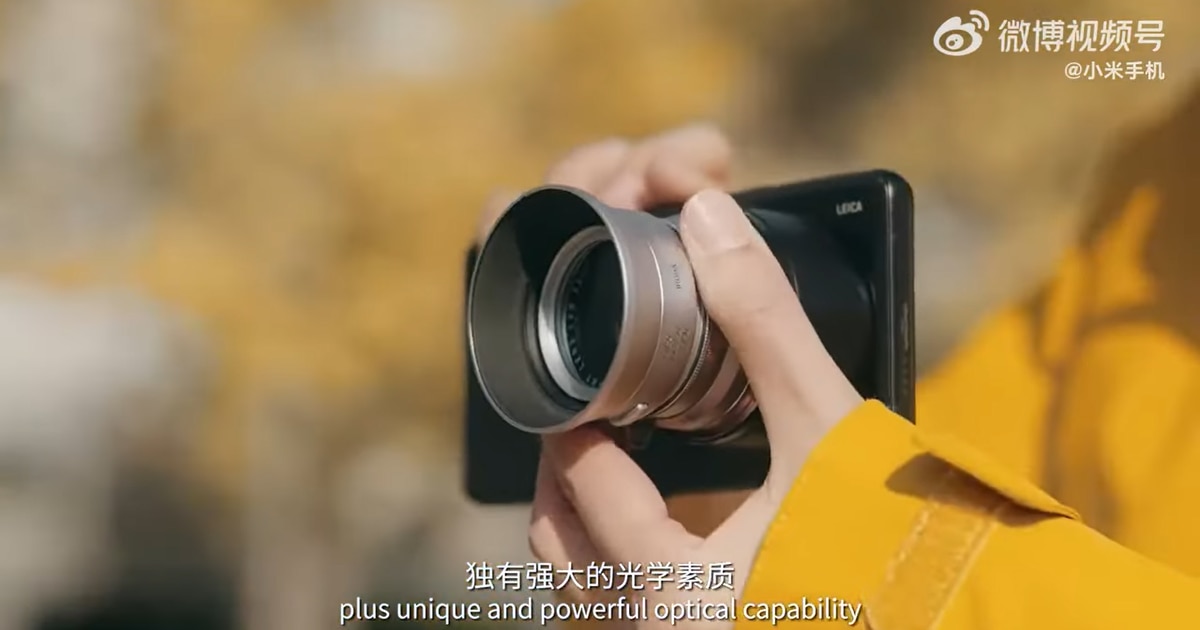 When Xiaomi confirmed that it would become Leica’s new partner to integrate its lenses and technology into future smartphone models, we knew we could expect something big. But we never measure how much.

Now the company has presented its new Xiaomi 12S Ultra Concept where we have a device of great power but with an addition that makes it unique in its kind.

Since the design of the terminal has gone hand in hand with the guys from Leica in order to be able to integrate a series of professional camera lenses (more or less) into the body of the phone.

So with this it will now be possible to take brutal photos with a level of quality, detail and zoom that had not been seen before. But there is a small restrictive detail…

Yes, it seems that we are reviving that old fashion buried years ago, where it was loaded with a camera lens as an accessory to improve the quality of our photos.

This is the Xiaomi 12S Ultra Concept

Through the social network Weibo the Chinese manufacturer has presented all the details about this new smartphone backed by Leica.

Where, broadly speaking, we have a variant of the already known 12S Ultra Presented in July 2022, only now some interesting and disturbing improvements are integrated, like this lens coupling module:

It should be noted that this is a prototype smartphone based on the 12S Ultra, where the mount allows you to place Leica M-series lenses to improve the level of photographic capture.

In this concept model, for the time being, the triple camera setup is maintained with a 50 MP main sensor, complemented by a 48 MP ultra-wide angle lens and a 48 MP telephoto lens with up to 5x optical zoom and an increase 120x max.

Read:  How to put and organize the icons in the form of a grid on Android phones

But to this lineup is added a second one-inch sensor, most likely the same Sony IMX989, which would further strengthen the photographic capacity of the device, which can also attach Leica M lenses.

The phone’s camera app will detect when a lens is connected and adjust its settings to optimize captures, which can even be in 10-bit RAW format.

In the end, it turns the device into something like a mirrorless camera with a lens that stands out like a bump.

As would be expected the phone works well, but being a concept there are no plans to launch it on the market.