By GraysonSeptember 16, 2021No Comments2 Mins Read 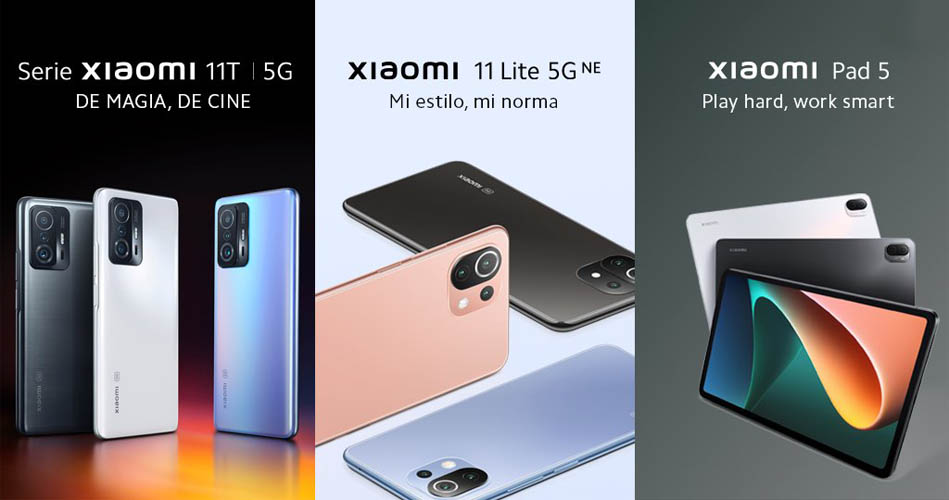 During yesterday Xiaomi presented its new range of smartphones. We are talking about the new members of the Xiaomi 11 Series: Xiaomi 11T, Xiaomi 11T Pro and Xiaomi 11 Lite 5G New Edition. In addition, the company also presented the Xiaomi Pad 5, but … Do you know when they will start to be sold in the Global market and at what price?

The three new smartphones of the Xiaomi 11 family and the long-awaited Xiaomi Pad 5 will soon arrive in our country: as of September 23, the smartphones will be available in the pre-purchase mode, while the tablet will have an incredible launch offer for Spanish users.

Availability and price of the new Xiaomi devices

Consumers will be able to purchase Xiaomi 11T Pro in two versions: 8 + 128 GB and 8 + 256 GB. The first will be available at my.com and Amazon from 649.99 euros and, the second, in all the official channels of the brand and operators from 699.99 euros. It will also debut in AliExpress.

For its part, Xiaomi 11T will also have two capacities: the 8 + 128 GB model will be available from 499.99 euros on my.com and Amazon; while the 8 + 256 GB version will be priced at 599.99 euros at all official distributors and operators. On AliExpress there will also be a major introductory offer.

The Xiaomi 11 Lite 5G New Edition will also have two variants: the 8 + 128 GB version, priced at 399.99 euros, it can be purchased in the e-commerce of the usual retailers and operators; while users can purchase the 6 + 128 GB in any official distributor (excluding operators) of the brand from 369.99 euros. As usual, in AliExpress we will find it at a really tempting price.

For its part, the long-awaited Xiaomi Pad 5 will have a special launch offer. Between September 23 and 25, users can purchase this tablet at the incredible price of 299.99 euros in the e-commerce of Amazon, El Corte Inglés, Fnac, MediaMarkt and PcComponentes (as well as in Mi Stores and mi.com). Later, Xiaomi Pad 5 will be available starting at 399.99 euros. In addition, it will also be available in AliExpress at a reduced price.

The best Xiaomi products in the January sales of AliExpress