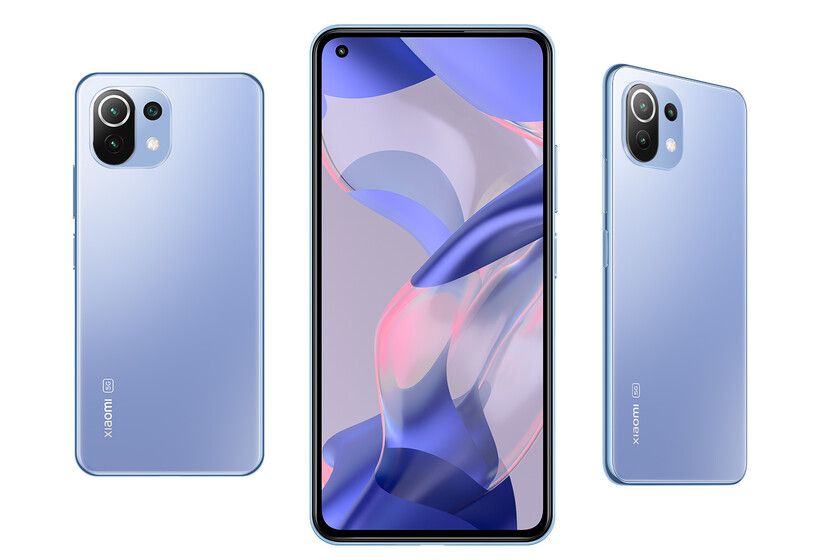 After the hangover of the last Apple event, it is Xiaomi that has summoned us today to present its new Xiaomi 11T, 11T Pro, Mi Pad 5 and Xiaomi 11 Lite 5G NE, a new mid-range with a lot to say and that loses the surname Mi.

It is a mobile very similar to the Xiaomi 11 Lite 5G that we already know, although with slight improvements in the processor. We are going to tell you the specifications and technical data of this model, although we already anticipate that it will sound a lot to you.

The Xiaomi 11 Lite 5G NE receives its acronym for a “New Edition”, despite the fact that his almost twin brother has only been on the market for a few months. It repeats again with a 6.55-inch panel, with Full HD + resolution, 90Hz refresh rate and AMOLED technology.

READ:  Tips to avoid installing malicious applications on our mobile

The big change in this terminal is the processor, which curiously is slightly less powerful than in its twin brother

The big change is the processor, which goes from the Snapdragon 780 to the Snapdragon 778G, a somewhat less powerful generation that reduces the cost of the product. There is also a RAM memory configuration that starts at 6 GB instead of 8 GB, repeating that yes with UFS 2.2 technology.

It is served with connectivity, with WiFi 6, Bluetooth 5.2, NFC, Dual SIM and, of course, 5G. The terminal comes under the umbrella of Android 11 and MIUI 12.5, the latest version of Xiaomi’s customization layer.

Versions and price of the Xiaomi Mi 11 Lite 5G NE

The Xiaomi Mi 11 Lite 5G New Edition will be sold at a price starting at 329 euros for its 6 + 128 GB version. We can also get the 6 + 256 GB version, more ambitious and somewhat more expensive, without a figure determined for the moment. We still do not know the purchase date, but we will update the article as soon as we know this information.

How to disable low battery notification on Android or iPhone?