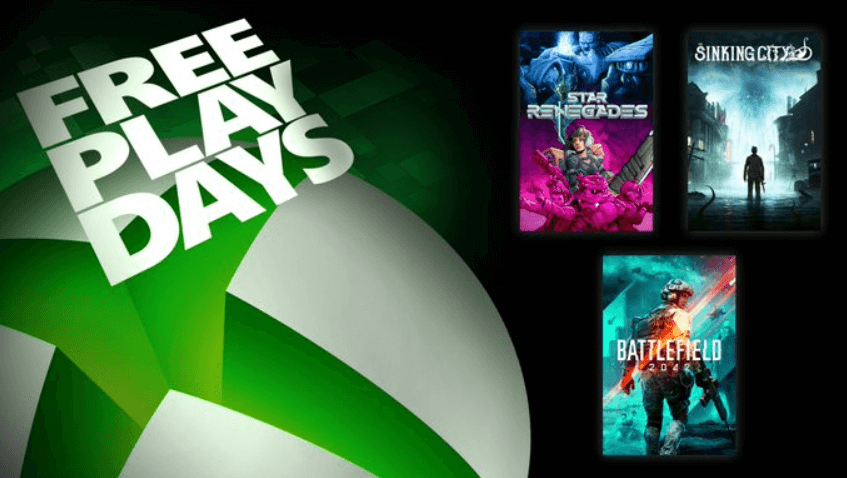 As many of you may know, on Thursday / Friday of each week, Microsoft announces for Xbox Game Pass Ultimate and Xbox Live Gold users various free Xbox games as part of the Free Play Days. Normally we usually have 3 free games available from Friday to Sunday, as happened this week with Star Renegades, Battlefield 2042 and The Sinking City, but a few hours ago we learned that Xbox has removed a game from the Free Play Days.

In general, it is very rare for a Free Play Days game to be eliminated, but as Redmond has announced through Twitter, The Sinking City is no longer available to be played for free on Xbox during these Free Play Days. The reason why the game was removed from Frogwares has not been disclosed, so now Xbox Game Pass Ultimate and Xbox Live Gold users can continue to enjoy Star Renegades and Battlefield 2042 completely free until January 9, 2022.

This article has been updated to remove The Sinking City as part of this week’s Free Play Days event for Xbox Live Gold and Xbox Game Pass Ultimate members.

The Sinking City is an open world adventure and investigation game inspired by the universe of HP Lovecraft, the master of terror. The semi-submerged city of Oakmont is in the grip of supernatural forces. You are a private investigator and you must find out what has possessed the city … and the minds of its inhabitants. If you want to enjoy this adventure developed by Frogwares, we remind you that now you can get hold of The Sinking City for € 9.99.