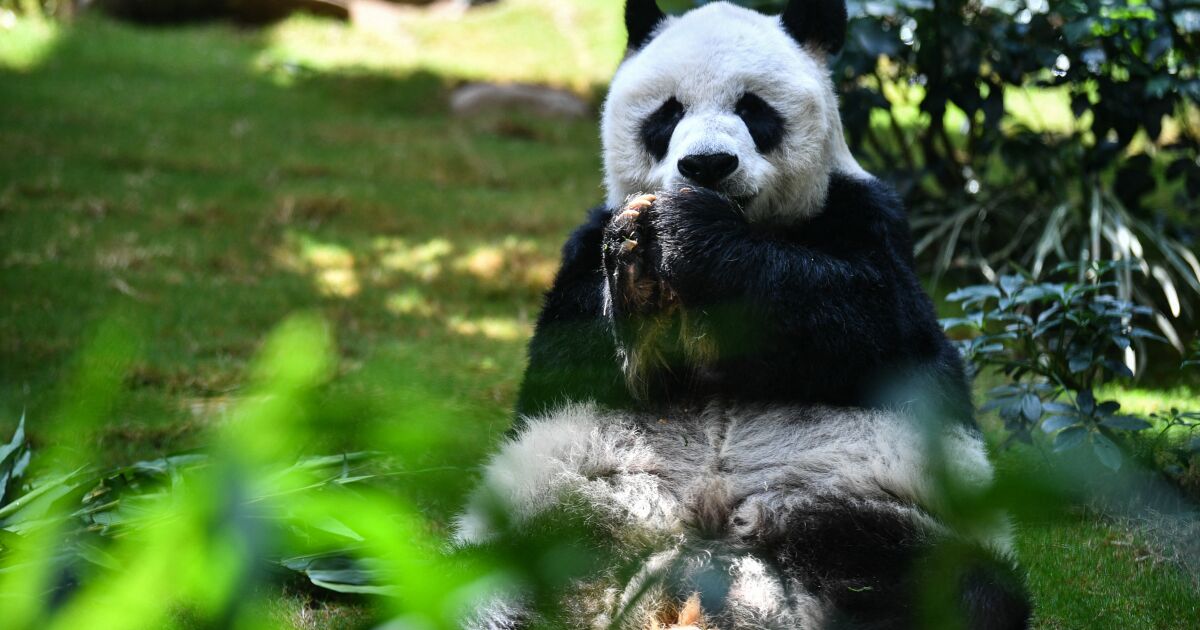 An An’s health deteriorated in recent days and the animal had little physical activity and a decreased appetite so it was euthanized Thursday morning, the Ocean Park Zoo and Amusement Park said.

LThe age of the panda is equivalent to about 105 years for a humanspecified the zoo that explained that the decision was made for their well-being, after consulting with Chinese experts.

The plantigrade was born in the wild in mainland China and was part of a pair of pandas ceded by Beijing to Hong Kong to celebrate the second anniversary of the city’s handover from the UK to China.

Pandas are part of a diplomatic gift-giving tradition from China.

An An and her partner Jia Jia spent the rest of their lives in Ocean Park. At her death at the age of 38 in 2016, Jia Jia held the world record for Guinness of oldest panda in the world and the oldest panda in captivity.

After Jia Jia’s death, her partner lived a rather lonely life and in 2021 celebrated his 35th birthday alone with a frozen fruit and bamboo cake prepared for him by park employees.

Pele’s hair on the world’s largest volcano: what are they?