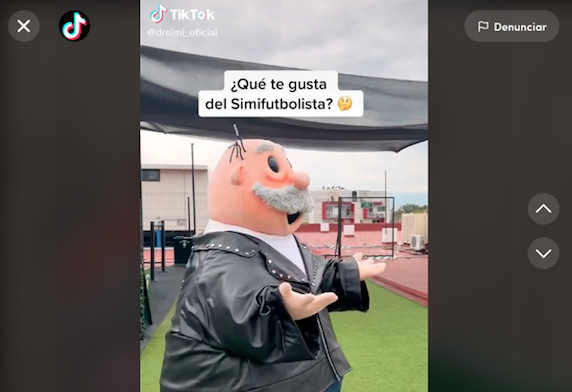 Dr. Simi seems to be ready for the next World Cup in Qatar, which is why, on social networks, the brand shared the “Simipeluche” that could be accompanying the Mexican Soccer Team.

There are 32 days left before the start of the Qatar World Cup, undoubtedly the most anticipated event of the year and a great opportunity for brands to show themselves to the entire planet.

We are talking about the last World Cup to be played with the 32-team format and the first to be held in the winter season, a fact that marks it as one of the most relevant events in football history.

On the other hand, according to information from Front Office Sportsit is, up to now, the most expensive World Cup in history, for which, for the time being, Some 220 billion dollars have been allocateda figure very far from what was invested in Brazil 2014 with its 15.1 billion.

Now, according to data from the Qatar Supreme Committee, about 1.3 million football fans are expected to visit the FIFA World Cupthat is, about half of the current population of the Middle Eastern country.

However, recent information reveals that, so far, 2.9 million tickets have been sold and even only 7 percent of tickets remain available, with Mexico leading the sales of hospitality packages.

Read:  World Lymphoma Day: Everything a doctor needs to know

And it is that, in a context in which the world seems to be saying goodbye to Covid-19, it has become clear that massive events are an important part of people’s consumption habits, which can even be seen in the furor caused by concerts, festivals and all kinds of outdoor events, a situation that has also been well used by brands.

Dr. Simi gets ready to support the Mexican Soccer Team heading to Qatar

In recent months, enough has been said about ambush marketing that has been carried out with the stuffed animals of Dr. Simia strategy that, in simple words, takes advantage of the popularity and positioning of the brands that are involved in a high-impact event in order to advertise themselves.

Starting from this premise, to Farmacias Similares is a resounding successWell, in the end, the brand has generated a great conversation about it and, in fact, it is increasingly positioning itself and/or establishing itself as one of the most anticipated moments of the different events.

Now, ahead of the 2022 World Cup in Qatar, Farmacias Similares shared Dr. Simi’s stuffed toy that can serve as a company for fans of the Mexican Soccer Teamwhich, as expected, has won the sympathy of several Internet users.

It’s almost the World Cup and the footballer Simipeluche wants to live it with you. ????? #drsimi #doctorsimi #world #Similar pharmacies #soccer

In short, much of the success of this strategy is due to social networks, that space that is presented as the new commercial window for brands in a context in which the number of internet users is increasing day by day.

In every concert that has taken place in Mexico, the presence of Dr. Simi is already essential, which is why it could be expected that for the matches in Mexico, one more “Simipeluche” will appear on the field.