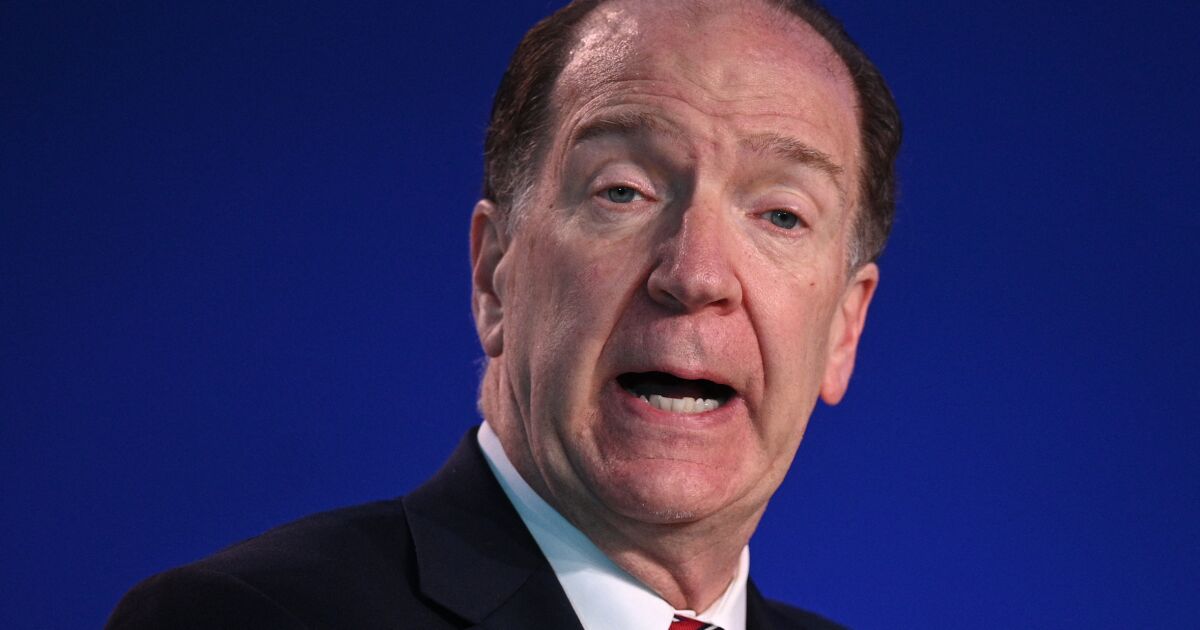 The head of the World Bank is under fire for failing to acknowledge the role of fossil fuels in global warming, during a roundtable Tuesday hosted by the New York Times.

“We condemn the comments of the president” of the World Bank, White House spokeswoman Karine Jean-Pierre said on Friday, although she warned that “replacing him requires the agreement of the majority of the parties.”

Asked at the roundtable about a statement by former US Vice President Al Gore accusing him of being a climate change denier, Malpass repeatedly refused to say whether he believed human-caused emissions were warming the planet. .

But under mounting criticism, Malpass clarified his position on Thursday and did so again on Friday.

“It’s clear that greenhouse gas emissions from human activity are adding up, causing climate change,” he told Politico. “So the task for us, for the world, is to put together the projects and the funding that really make an impact.”

In an interview with CNN a day earlier, Malpass had also acknowledged that climate change was coming from “man-made sources, including fossil fuels, methane, agricultural uses and industrial uses.”

I’m not a denier,” he said, adding that his message had been “messy” and that he “didn’t always” convey what he wanted to say well.

Despite their efforts to control the controversy, the froth has not subsided and the Union of Concerned Scientists was the latest group to call for the body’s chief to be replaced.

“People living in the Global South deserve to see the World Bank led by a staunch advocate for the environment, not by someone who hasn’t spent enough time with the bank’s deep team of scientists and experts to understand the most basic facts about causes of climate change,” claimed the group’s president, Johanna Chao Kreilick, in a statement.

“Malpass must be replaced immediately,” he added.

As Malpass emphasizes the bank’s actions on the environment, the criticism has grown increasingly loud.

On critical issues such as climate change, he considers, “unfortunately the World Bank has not assumed the kind of global leadership that the world needs now.”

The head of the World Bank is traditionally an American, while the leader of the other major international lender, the IMF, tends to be European.

Malpass is a veteran of Republican administrations and was appointed in 2019 under the presidency of Donald Trump, known for his denialist positions on the reality of climate change.