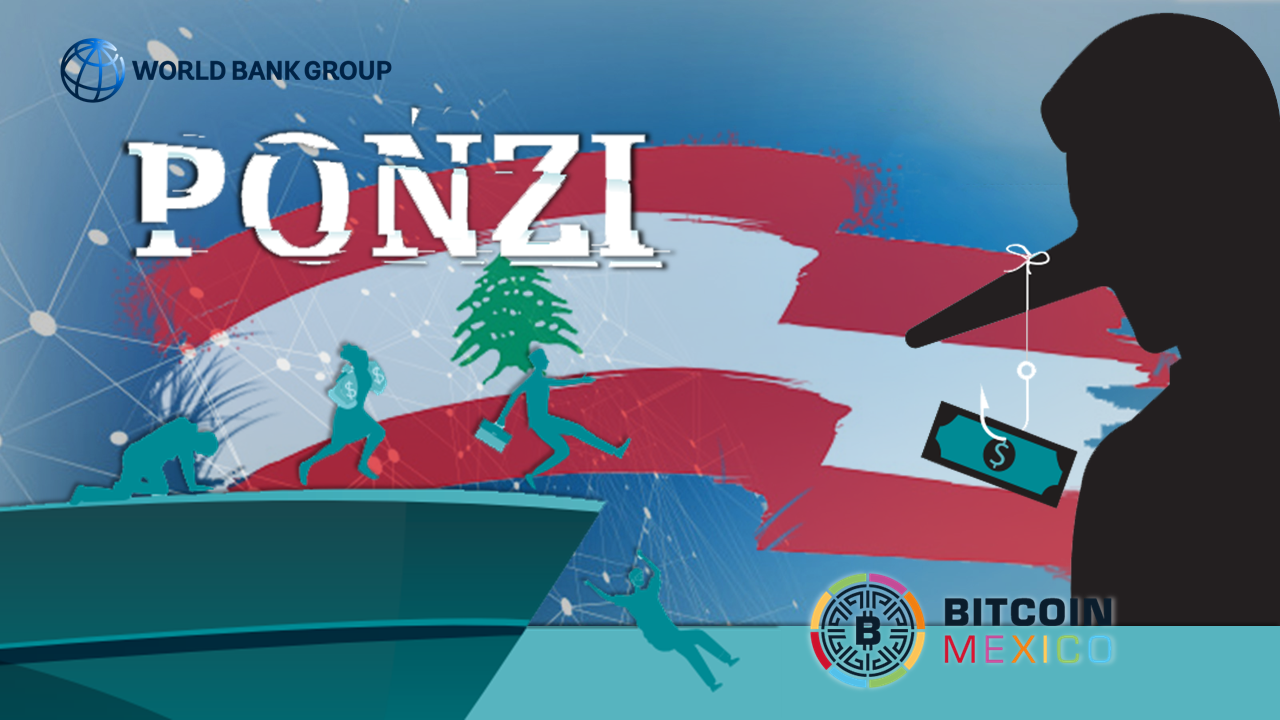 In the world there are certain things that are almost always very close to each other, or that have a great impact on each other as if it were a type of Yin Yang.

A couple of this type of relationship is that of the world of finance with that of politics, since one is always in the other’s territory and vice versa, in addition to the fact that politicians are generally in charge (legally or illegally) to pull the strings of a nation’s finances.

In accordance with NewsBitcoin, the report analyzes the economy of the Middle Eastern country, since the end of the civil war. Mainly the report focuses on the impossibility of the political union to reach agreements on effective political measures.

The report entitled “Review of Public Finances of Lebanon Ponzi finance?”, makes a comparison of the economic model of the country since 1993 with a Ponzi scheme, a well-known investment fraud named after the Italian swindler and swindler Carlo Ponzi, which pays new investors with funds from old investors.

Although andhe world Bank recognizes in the document that the coronavirus health crisis that hit the economy of many countries had an impact on the Lebanese economic crisis, insists that most of its financial problems are closely related to poor political management over the years.

The World Bank specified that the financial crisis in Lebanon is a “deliberate depression” because “a significant part of people’s savings in the form of deposits in commercial banks have been embezzled and spent” for the past 30 years.

“It is important for the Lebanese people to realize that the central features of the post-civil war economy, the economy of the Second Republic of Lebanon, are gone, never to return. It is also important that they know that this has been deliberate”, states the report.

Continuing with its analysis, the financial institution pointed out thatThe mismanagement of the politicians in turn accumulated more debt than required, in addition to the fact that the political class used public services for their own benefit.

Likewise, the institution pointed out to the elites to use state resources with the aim of making private profits, thus weakening public services, and allowing the private sector to be disproportionately favored with lucrative deals, such as fuel-based generators and private garbage collection.

Thus, this “conscious effort” to weaken public services for the benefit of a few has resulted in Lebanese paying twice as much while receiving poor quality services.

Similarly, religious groups were allowed to have greater control over parishioners, being self-sufficient in providing services to the communities, thus strengthening the system of power shared between the Muslim and Christian communities.

Also, the report indicated that the excessive accumulation of debt has had a clear purpose since its existence, to provide citizens with the illusion of stability, while confidence in the economy strengthened, thus guaranteeing that deposits of the commercial banks to continue their march.

By way of conclusion, the World Bank wanted to be emphatic with the Lebanese, indicating that they must take into account that years of mismanagement are what have plunged Lebanon into its current crisis.