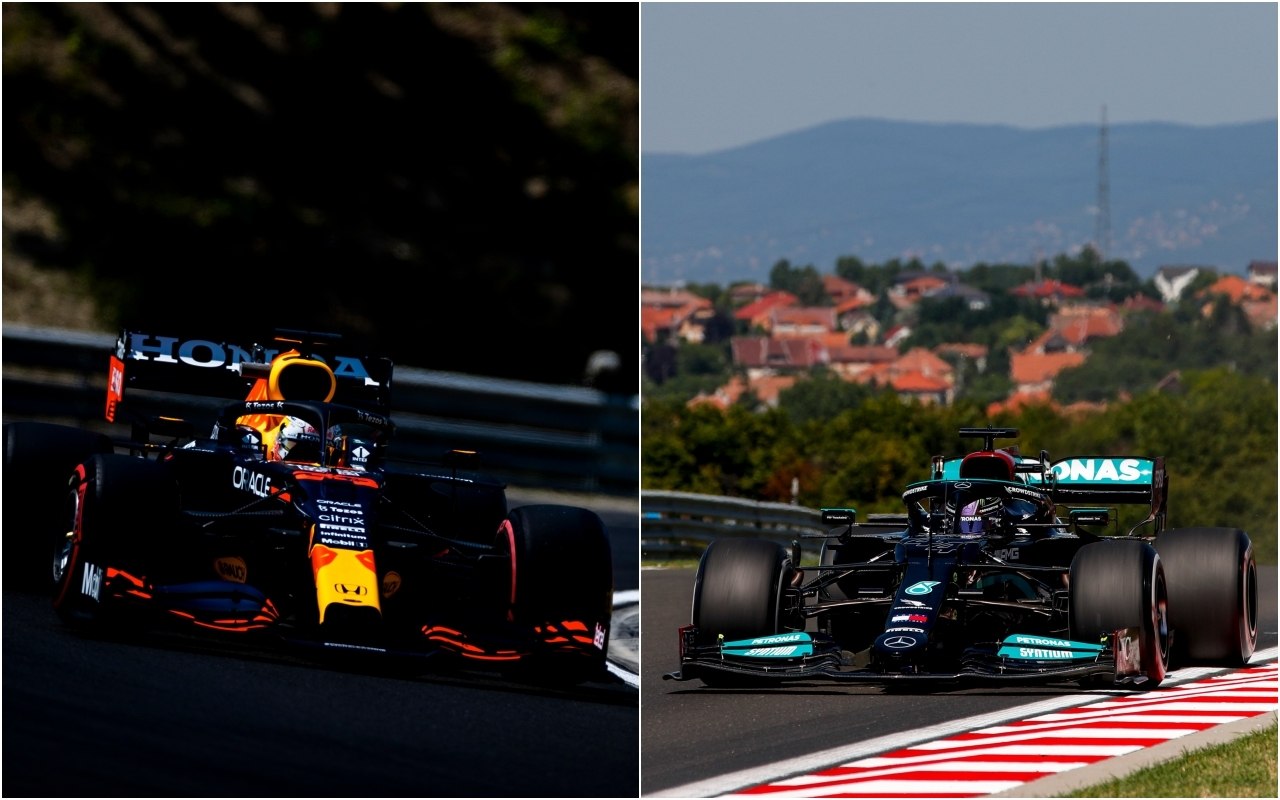 The dialectical dispute between the candidates for the world title continues and this time it was Toto Wolff and Christian Horner who have starred in it, reacting to the appeal of Red Bull and the subsequent statement from Mercedes.

After the decision of the stewards on Thursday afternoon, it was clear that there were going to be reactions on both sides and hours later it was Mercedes who opened fire with a harsh statement in which she directly pointed to Red Bull as the instigator of a smear campaign against Lewis Hamilton.

Today the directors of both teams have appeared before the press displaced to the Hungaroring, reacting to what happened the day before. Toto wolff It was the hardest, following the line of the official team statement the day before.

“If you want to communicate emotionally and hysterically, you can do it”

The Austrian affirms that “the comments that were made, probably out of emotion, were directly against a seven-time world champion. Words like amateur should have no place and what it unleashed was an avalanche of comments on social networks, a lot of controversy and greater polarization. I think that we as a sport should do the opposite. We should de-escalate.

In the opinion of Toto Wolff, “everyone should express themselves as they can and however they want, and if you want to communicate emotionally and hysterically, you can. Consistency is very important and the stewards considered this to be a 10-second penalty. I think that we, as teams, also need to be consistent in what we judge good and bad and not oscillate with what is appropriate at that moment.

“For the stewards, it’s really difficult because the situations are never the same and I think they have to do what they can. In my opinion, and this is not opportunistic, it is that they have the most difficult job. Like a referee in football before the video analysis (VAR) arrived ”, concluded the director of Mercedes.

Index hide
1 It is not personal
1.1 More firewood: Verstappen calls Hamilton disrespectful and Mercedes attacks with a statement

It is not personal

Christian horner he also reacted to Mercedes’ statement, suggesting that it was the result of an overt animosity against Red Bull. «I think that Mercedes’ statement is a bit antagonisticLet’s say, but I don’t really read too much in it. It’s never been anything personal about a pilot, it’s about it happened, and a competition between two guys.

The Red Bull CEO states that «If it had been any other pilot, the reaction would have been identicalSo I was a bit surprised by the comments from Mercedes, but we have put that behind us and our focus is very much on the track.

Additionally, Horner explained the nature of the data presented to the commissioners and that they did not consider relevant. ‘We present these data to the commissioners. Yesterday they gave us a fair audience in which to talk about that data, the positioning of the cars, the speed. The fact that Lewis would have had to brake 23 meters earlier to make the turn. The fact that Max is on the same trajectory as the Charles Leclerc maneuver… The result with Charles would have been identical if Lewis had taken the same approach.

“So we presented that data, we felt that we had a fair hearing, the commissioners felt that it was not new evidence and therefore another hearing was not opened. We accept it. This competition is about marginal profits, leaving no stone unturned and, of course, when you have an accident of that speed and impact, you are going to do a full investigation, “argued the Briton.

Even Red Bull took advantage of a test with Alexander Albon to recreate the Lewis Hamilton maneuver and present the data to the stewards. «The test was planned in advance because it was a promotional filming day with a car from two years ago. What we did during the course of the test was ask Alex (Albon) to take a similar line to support the simulations we ran, to demonstrate the result of taking that line and where its braking point would have to be ».

“We couldn’t get the speed Lewis was driving on that line. It was just a useful piece of information to reaffirm what we had seen in all our simulations, ”explained Horner, who now says he wants to turn the page.

«As far as we are concerned, the chapter is already closed, the stewards have made their decision and now we focus on this weekend and the rest of the championship, “he said, clarifying at the end that they had never thought that Hamilton deliberately kicked Verstappen off the track.

“At no point in our presentation did we say that it was a deliberate action. Tensions are about to run high between these two drivers. They are fighting for the bigger goal and they had been competing closely the day before in the sprint race, “he said.

Is it really the end of this story?