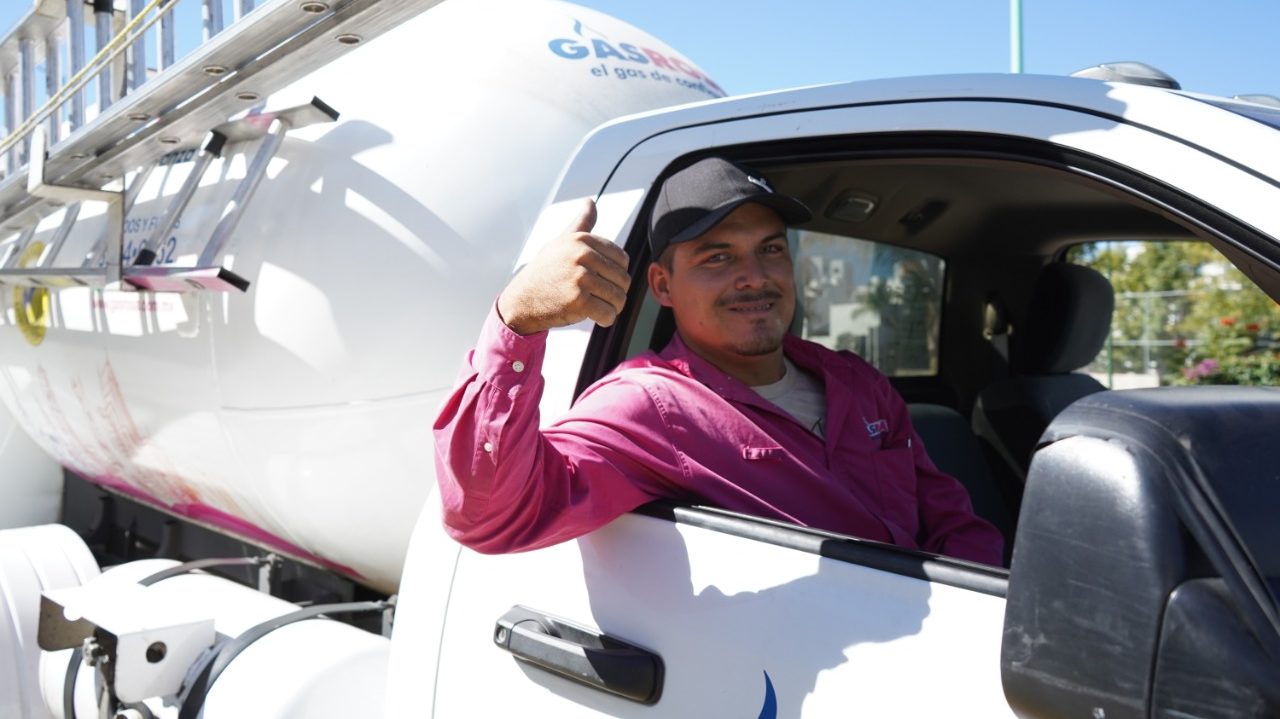 Juan Manuel López González, director of Gas Rosa, affirms that the competition from Gas de Bienestar is welcome as long as it competes with the even floor and is not subsidized by Petróleos Mexicanos (Pemex).

“The competition is welcome and it is good that they implement Gas del Bienestar, like any other company, but as long as they compete in equal circumstances”, says the director of the Gas Division of Grupo Guma, a company dedicated to the production of energy , industrial, automotive and corporate services.

Between 70% and 80% of Mexican families use LP gas for cooking, cleaning and house cleaning activities, it may even be another good in the basic food basket, he adds.

Read: AMLO gets up early: Gas Bienestar already exists and is shielded

“If they are going to subsidize that company (Gas del Bienestar), then it seems to me that they are using an instrument that will not solve the issue of the price of LP gas,” says the representative of the gas company, which since 1944 distributes and sells in Guanajuato, Aguascalientes, Querétaro and Jalisco.

The high prices of LP gas are a structural issue, which is not in the control of the government of Andrés Manuel López Obrador, nor of Petróleos Mexicanos (Pemex), nor of the LP gas distributors in Mexico, the manager points out to Forbes Mexico.

“This is temporary and the price of LP gas will be decreasing, we expect that in a period of four to six months there will be more normal levels of prices at the international level, and automatically as distributors because we will lower that price,” he adds.

The businessman recalls that the rise in the price of LP gas has impacted on family budgets, but it is not a matter for distributors.

The price of LP gas sold in the Mexican market is set internationally, so gas consumers and distributors must live with these dynamics and economic cycles, says Juan Manuel López.

The state production company, headed by Octavio Oropeza Romero, can control the price, but increased it by more than one peso, according to the representative of the Jalisco firm.

“Talking about putting a company, (such as Gas del Bienestar), to lower the price of LP gas, it seems to me that we are trying to find a solution to a problem that does not apply,” says the company manager.

“The Welfare Gas company is welcome and competition is always welcome, one more bidder is welcome, because it helps a market operate better, but it will not solve the current price of LP Gas”

The current price of LP Gas is influenced by the increase in the price of oil, which has risen more than 100% from June to June the West Texas Intermediate (WTI) mix.

READ:  Carmelo Anthony announced that he will join the Los Angeles Lakers: the all-star team that will accompany LeBron James

“As LP gas is a derivative of petroleum, you automatically have an increase in the LP gas molecule internationally,” says the manager.

Pemex produces 38% of the LP gas of Mexico’s total demand, while the other 62% of the fuel used to light the stoves of Mexican homes is imported from the United States: “We are not self-sufficient in gas,” he says.

In the 1980s, Petróleos Mexicanos produced between 70% and 80% of the LP gas consumed in the Mexican market because there was a high exploitation of oil fields.

“Today, Pemex can process only 38% of the total demand for LP gas in its centers, in its extraction fields,” he added.

The director of Gas Rosa recalls that in the market where they have been competing for a decade there is high competition in the sale and distribution of LP gas, as well as companies create a series of incentives for consumers to buy their product.

Guadalajara has 35 options to buy LP gas at different prices: “There are marked prices, other means, others cheap and well if you call them, all the distributors registered in the application of the Energy Regulatory Commission (CRE) arrive at sell gas at the published price ”.

From Gas Rosa they have launched a series of commercial strategies to increase the sale of LP gas and among them is Rosi Confianza, which is a program of a heroine mother who plays the role of housewife, professional, head of household and in charge of the family, intelligent and informed.

“Through Rosi Confianza we began to create a bond with housewives and we became the preferred brand in the Guadalajara metropolitan area for housewives,” he explains.

Marketing strategies have made it possible to increase the sale of LP gas in the Bajío by more than double digits annually, as well as to gain market over other traditional, family and ancestral companies.

Gas Rosa opted for the health of the women of the Bajío, since it signed an agreement with the Ministry of Health to give mammograms in some places and in others they only pay 50 pesos.

Through Kidzania, the company launched an educational program for children to fill a fuel cylinder, learn about the chemical composition of gas, and learn safety strategies to avoid accidents at home.