Bullfrag
Home Technology Within days of the release of Windows 11, the “new” File Explorer... 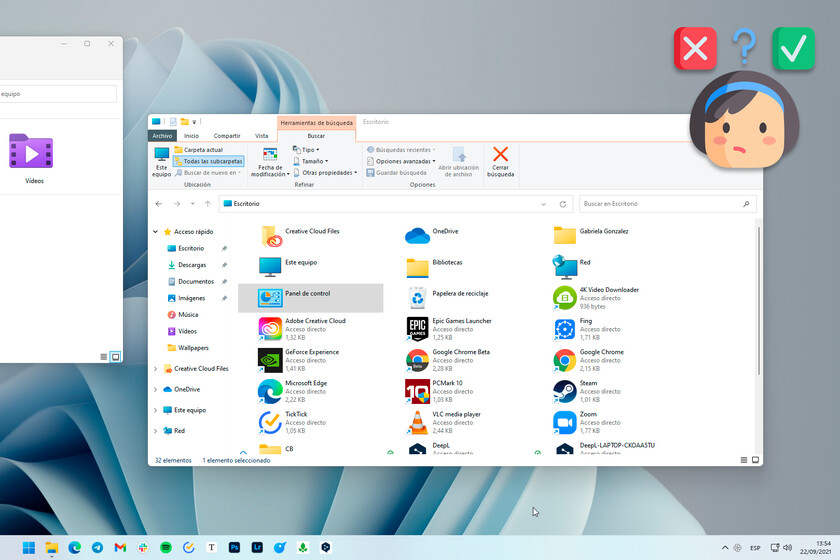 Windows 11 is scheduled to begin reaching users as of October 5, 2021. That is less than two weeks at this time, and if we have seen something, those of us who have been participating in the Insider Program for more than five years, it is that there is very little that will change in the final version compared to the latest builds semi-stable that have been released on the beta channel.

Personally I like what they are doing with Windows 11 and I have already decided to permanently move from Windows 10. However, this does not mean that the system is ready, in fact, the state of some elements is even shameful, and what’s going on with File Explorer right now is … disastrous.

Do you draw attention to detail to this?

In the video above you can see how doing a simple navigation through the URL bar of Windows Explorer 11 results in an amazing walk through different interfaces, which have nothing to do with that “visual revolution” and that consistency that they both promise and do not deliver.

The new Explorer looks pretty and minimalist to the naked eye, and the controversial ribbon menu is gone .. or is it? It depends on how you open and what you open in the Explorer.

First note the small detail that clicking on the button to display the locations menu, shows another incomplete element that does not have rounded edges (less than two weeks, people).


Windows Explorer 11 Has an Identity Crisis, Doesn’t Know What Dress to Wear

If we use that menu to go to our user folder, or a library or This computer, nothing out of the ordinary happens. But, if we decide to use it to go to the Control Panel (which remains as a quick location there) and then click on the up arrow to go back … surprise, it’s Windows 10 Explorer with ribbon menu and everything.

Read:  How to Buy Land in Wanaka Farm and what is the Price?

Not only completely change the interface to the old one, but the right click also changes and shows the old style. But there not for everything, if we decide to go to a folder like Contacts within your user, the File Explorer changes again, this time for one more similar to Windows 7. Attention to detail from another level.

I dare to bet that this will continue to be the case in the final version of Windows 11, stable they call her. I really want to be wrong and I hope that that promise from Panos Panay during the Windows 11 announcement in which he spoke of “attention to detail” with such passion is worth something, but I am not optimistic.

The good news in all of this is that upgrading to Windows 11 is completely optional, and Windows 10 will continue to be supported until 2025. What I don’t understand is the rush to launch a Windows 11 that clearly could benefit from a few more months of being polished. It is that even to return basic functions that have been removed from the taskbar we will have to wait until the end of 2022. Incomprehensible.

Vivo Y53s is already in Mexico! Capture all the color in your photos, even in the dark

this realistic version of Pain comes to amaze you