Bullfrag
Home Entertainment Lifestyle “With music, we give people the opportunity to be vulnerable”: Jonas Myrin 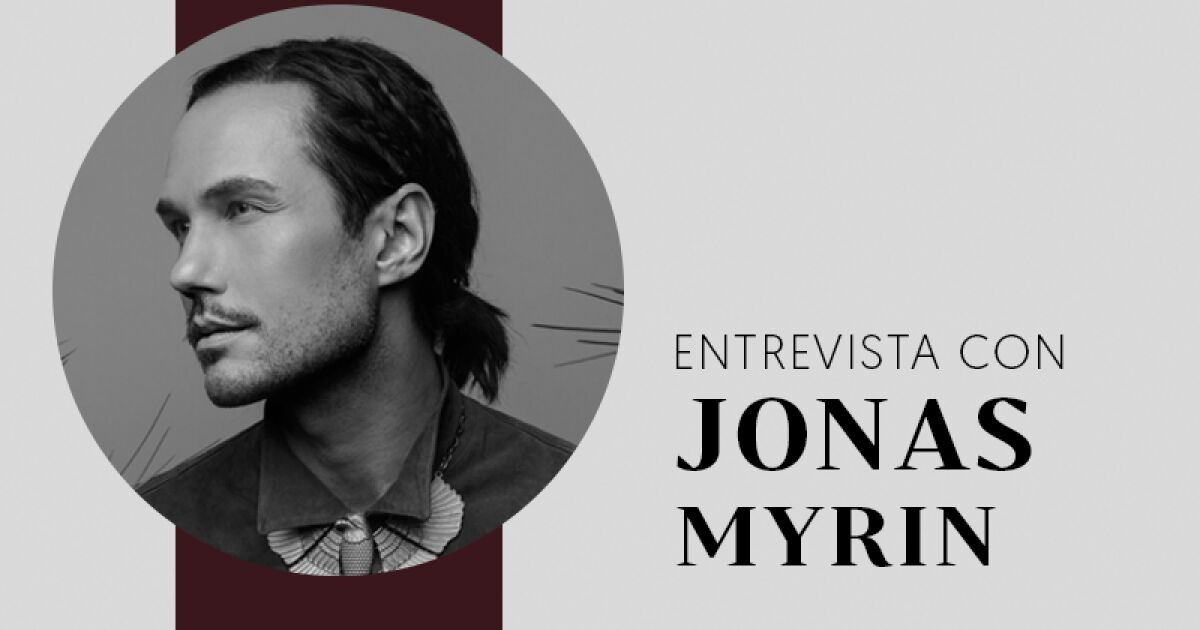 Facebook
Twitter
Pinterest
WhatsApp
Let’s talk about the lyrics of your song “When there is love”, which is your first song in Spanish. It has a very moving lyrics, necessary for many at this time. How did you get that idea?
Just that was my intention with this song. I wanted to offer the world something about me, something that would give people hope. There was already an English version of this song; I released it in March. As a result, my fans from Latin America wrote to me to ask me to sing it in Spanish. Then I played the song to Adrián Pieragostino, a Latin Grammy-winning songwriter friend told me that it was perfect and that it had the best lyrics in Spanish for me. I recorded it, I sent it to my Universal team here in Mexico City and they loved it. The response with the people has also been very good. I receive messages from all the Spanish-speaking countries, saying that they like it very much.
I already heard you speak in Spanish, but at the end of the day we are doing this interview in English. Tell me how it was for you to sing in Spanish.
In fact, it is easier to sing in Spanish. I studied it in school and I think I’m very good. I mean, I catch the wave very quickly to what I hear. It was a lot of fun and it wasn’t difficult for me. Although we will have to see how it goes when I sing it live. So far, people have really liked it. There are even people who have thought that I am local, which is crazy, but at the same time it motivates me.
You already have a super solid career in songwriting, and your songs have been sung by icons like Andrea Bocelli, Barbra Streisand, Celine Dion. I suppose you are going to continue composing for other artists, but at what point did you decide that you wanted to be the face of your own project?
It is a funny story. Just two years ago I was in the studio with Barbra Streisand, and she came up to me and said, “Jonas, before we start I need to know one thing: why aren’t you singing? You are one of the best singers I have ever heard and you need to sing, not just write ”. She and I did demos together where I sang. And I said, “Barbra, I am very honored that you are my favorite singer in the whole world. In fact, there is something that I have been working on ”. She motivated me a lot because sometimes you need other people to have faith in you. you need to be motivated by someone else. For me, Barbra was an instrumental piece, like a mother pulling her baby out of the nest.
Was that what you lacked? It’s very intriguing that someone with your level of talent hasn’t released something in such a long career.
I released an album only in Europe and it did very well, but I never released it in America. I was doing really well, but then I started writing for big stars and was very busy. I just had to create time. He also had songs that he felt were so personal that he couldn’t give them to someone else. “When there is love” is one of them. I felt like I had to sing it.

How does your process change when you compose for someone else?
When I write for myself it is as if it were my personal diary, I can be more precise with what is happening to me at the moment. When I write for Celine Dion or Natasha Bedingfield or Barbra, I have to think of something that has a message for them; I’m to serve you. The same when I write for movies. With mine I think about what I really want to say to the world. I also talk about things that are difficult for me, like COVID. It was a time when I felt very isolated because I couldn’t go on tour or see my family – they were in Sweden and I was in Los Angeles. I felt like I had to put out a song. And “When there is love” was the song that I needed at that moment. Then people began to identify with her and write to tell me. It’s beautiful what happens when you pour your whole heart into something and you show yourself vulnerable and people connect with it. It has been very special. First I did it in English and now I’m doing it in Mexico, which is very exciting and scary at the same time, because here is how to be a new artist.
In that sense, how have you felt the response in this country?
It has been incredible and very emotional. I was also surprised that my fanbase has been different. Normally people between eighteen and twenty-five years old listen to me, and here people in their thirties, forties, fifties have listened to me.
Why did you decide to focus on Mexico?
I feel a very real connection to this country. I have been coming for ten years and I have many friends. I love CDMX, but also Mexico, in general. I already have my favorite places, like Jalapa, Tulum, Todos Santos … as it is very close to Los Angeles, it is very easy to come, especially to Vaja, which is two hours away.
Do you plan to release more singles in Spanish?
Yes, in fact I am going to do a whole EP in which I would love to collaborate with some of my Mexican friends from the industry.
A while ago we were talking about vulnerability. How is it for you to hear yourself sing something so personal to you?
It’s a great question because sometimes I get twenty too late. I listen to it and think “my god, this feels so naked, why did I write it?” But you know what? That’s what being an artist is all about. It is our role as artists to express our feelings with the heart in the fist. When we do, we give other people the opportunity to be vulnerable and honest. Life is not easy, let’s be honest. The power of music is that it allows us to feel that being okay is not okay. I also love the idea that I am a Swede singing in Spanish because there you notice what the music does: it connects us. It is a bridge that unites races, status and makes us see that we are the same. And I personally feel very honored to be able to grow up here because I am leaving my comfort zone. I am working with local designers, like Carla Fernández and very talented photographers.
Like the video for “When there is love”, that you made here in Mexico …

READ:  Spain is in the final of Tokyo 2020 against Brazil

Yes, I did it with a very talented director from Juárez. I wanted to make a video that really reflected life in Mexico, not just cool Mexico, but the real one. This song has joy, pain, and I wanted to show that: that life is light and shadow. We filmed in Juárez with real people. The older couple, for example, have been married for sixty years. I just wanted to use real people with real relationships because otherwise it wouldn’t work.

And what do men feel when they end a relationship?