With donated vaccine, but educational staff will have booster doses 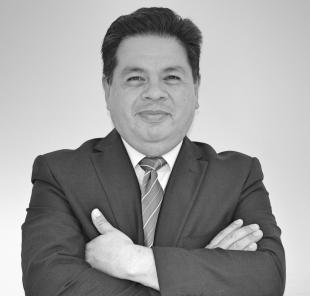 Late but finally arrived. In the framework of the so-called “Health Pulse”, of the presidential morning conference, now without Hugo López-Gatell who was absent for “not feeling well”, the Secretary of Health Jorge Alcocer Varela reported that the booster dose for educational personnel of the country will begin next Saturday, January 8, in 16 states.

He also reported that the teaching profession will be immunized with the Covid vaccine from the American pharmaceutical company ModeRNA, which was donated by the United States government, which will serve to vaccinate 2.7 million people enrolled in the Mexican educational system, who had been previously immunized with the biological drug from the Chinese pharmaceutical company CanSino, which had aroused much suspicion and controversy.

The logistics to apply the booster dose to educational personnel in this country, he said, will not be coordinated by the Ministry of Health (SSa) and / or the Army or the Navy, but by the Ministry of Public Education (SEP) itself.

Alcocer Varela explained that immunization will begin in 16 states with the first shipment of 1.27 million doses of vaccines. Later, when the second batch arrives, 1.5 million anti-Covid vaccines will be applied from January 12 to the remaining 16 states of the Republic.

Regarding the Omicron variant, which has more than one concerned about its high contagiousness, the Secretary of Health stressed that to date it is known that this mutation has less capacity to make people seriously ill. “The Omicron variant is more contagious, but has a medical path far below the others,” said the secretary.

Read:  Granny wins the heart of Harry Styles in concert

However, he acknowledged regarding the growth of cases due to the pandemic, that there has been a 15% increase in the occupation of general beds.

He specified that so far 149.3 million doses of anti-Covid vaccines have been applied in the national territory, which corresponds to 82 million people vaccinated, which represents 89% of the population.

Regarding the shortage of medicines, a problem that the government has been dragging on practically since it came to power, Alcocer explained that 288 million pieces of drugs “are on the way”, in order to supply the health sector during the first quarter of 2022.

Until January 3, the federal government -with the help of the Armed Forces, as promised- has distributed 59.6 million pieces of health supplies, in addition to 28 entities have joined in the last-mile distribution for medicines .

Of course, thanks to the Joe Biden administration for the donation of the ModeRNA biological, but if it had not been the case, would not this government of Q4 have decided to put the booster dose to the teaching profession? In other words, will education staff be vaccinated just because there was a donation?

I wish all the readers of this column a wonderful year 2022, one full of successes, but especially health, which is the most important thing in the end.