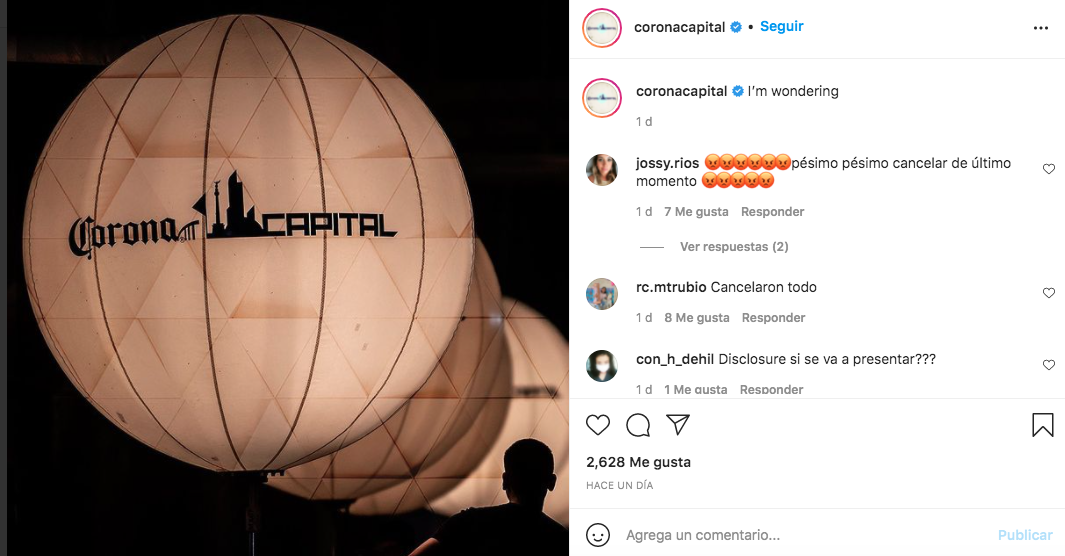 Always, every year, the Corona Capital Festival is one of the most anticipated musical events for all music fans and the one in 2021 was even more so.

More than a year after the arrival of the pandemic, mass concerts in Mexico have begun to return for the good of music lovers themselves.

From the edition of the Vive Latino Festival to what happened this weekend, it took several months for fans to have an experience that had not been lived in a long time: a festival full of people who are united by their love of music, just as it happened. in the pre-pandemic years.

Thus, for many reasons, the Corona Capital Festival was one of the most anticipated events of the year, which, despite last minute cancellations, had a great response from the public.

Of course, it was a different Corona Capital, in which the presence of Covid-19 dominated, to a large extent, the behavior of the attendees.

From the main health protocols, such as the use of face masks, antibacterial gel, among others, music fans had to present their complete vaccination schedule to be able to enter the facilities of Turn 4 of the Hermanos Rodríguez Autodrome.

In addition, the fear of being infected with the event was a factor among several fans who, despite not missing any details of the event, did not experience it in the same way as they did in previous years, when Covid-19 did not even appear in the imaginary.

Read:  The financial indicators to increase the profitability of your agency by Stratford

Now, events like this are the perfect hook for brands to carry out their strategies to connect more with audiences, especially when it comes to a comeback of this magnitude.

And it is that almost two years passed for the massive concerts to return to Mexico City and, before this, it was clear that the sponsors of Corona Capital, such as Corona, Vans, Citibanamex, Doritos, Pepsi Black, Claro Música, Viva Aerobus, Panditas, Búfalo, Smirnoff, OXXO and Fud. They will also implement their brand reactivation.

It has not been an easy year for music and for the concert industry globally. Although in countries like the United States they are already part of their normality, in Mexico they are barely returning as we knew them before.

In that sense, for everyone (including the attendees, the sponsoring brands and for the city government) it was necessary, as part of an economic reactivation plan, to carry out massive events such as Formula 1 and Corona Capital.

Recall that last week the Pa’l Norte Festival was also held, which, according to official information, halved the number of allowed influx, while e. Corona Capital did not have a capacity limit.

With all this in their favor, so to speak, the festival’s sponsoring brands had the opportunity to carry out their commercial strategies in order to connect with audiences, offering different experiences for consumers within the framework of International Music Day. .

To mention one example, Panditas gave antibacterial gel with the classic smell of its product to those who came to its stand, this as part of its strategy to reach attendees.