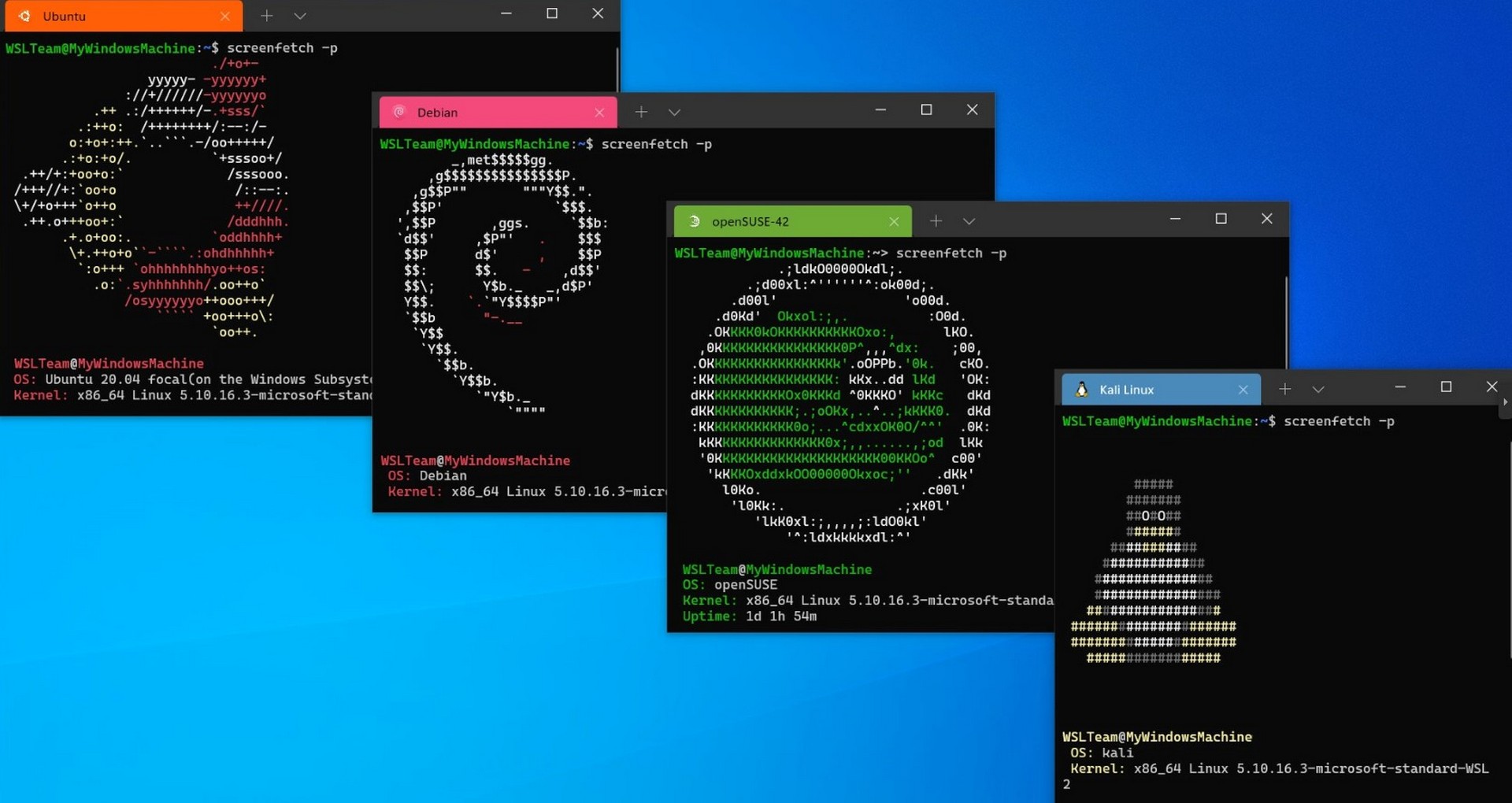 Microsoft revealed that the Windows Subsystem for Linux (WSL) will leave qualifying and will land in the Windows 10 Microsoft Store. The announcement not only implies that users will have easier access to the WSL, but that it will be possible run linux applications with graphical interface. The technology also confirmed that the version of the Store will be installed by default in Windows 1o and Windows 11, optimizing the necessary steps to start it up.

Craig Loewen, a product manager at Microsoft, said that WSL’s arrival in the Windows 10 Store was thanks to community requests. The company announced at Build 2020 that it would be possible run GUI-based Linux applications without sacrificing performance. However, the version of the Linux Subsystem only debuted in the Windows 11 Microsoft Store as a preview version.

This means that we can execute the command wsl.exe --install to install the Store version. Doing so will no longer enable the optional “Windows Subsystem for Linux” component, nor will it install the WSL kernel or WSLg packages, as they are not required. Users running Windows Subsystem for Linux via the optional component will receive a prompt to upgrade to the Store version.

According to Loewen, the transition from WSL to the app store will allow users to access subsystem functions faster without having to worry about changing the version of Windows. Let’s remember that WSL is an optional component of the operating system, therefore, the binary files that make up the logic are part of its image. Under that scheme, changes to the subsystem are tied to Windows updates.

Read:  Windows 11: 25% of Steam gamers use the new operating system

When porting the binaries to an application, the WSL is decoupled from the version of Windows. The new versions of the subsystem arrive in the same way as other applications are updated, which makes the process easier. The only requirement is to have the Virtual Machine Platform component activated within Turn Windows features on or off.

With the deployment also come some additional tweaks to the installation commands. Windows 10 users will be able to include any of the following arguments wsl.exe --install.

--inbox Install the WSL using the optional Windows component instead of using the Microsoft Store.

--no-launch It does not automatically start the distribution after installation.

--web-download Download the latest version of WSL from the internet instead of the Microsoft Store.

To install the Windows Subsystem for Linux from the Microsoft Store it will be necessary to have version 21H1, 21H2, or 22H2 of the operating system installed. In the same way it is It is essential to have the KB5020030 updates for Windows 10or KB5019157 for Windows 11. For now, availability is limited to a few users, though Microsoft confirmed that It will be available to the general public in mid-December..

Once it lands, you just need to run the command wsl --install from a terminal as administrator. If you are already a user, it will be enough to write wsl --update to update to the latest version of the Microsoft Store.