Bullfrag
Home Technology Will there be a jailbreak compatible with iOS 15? 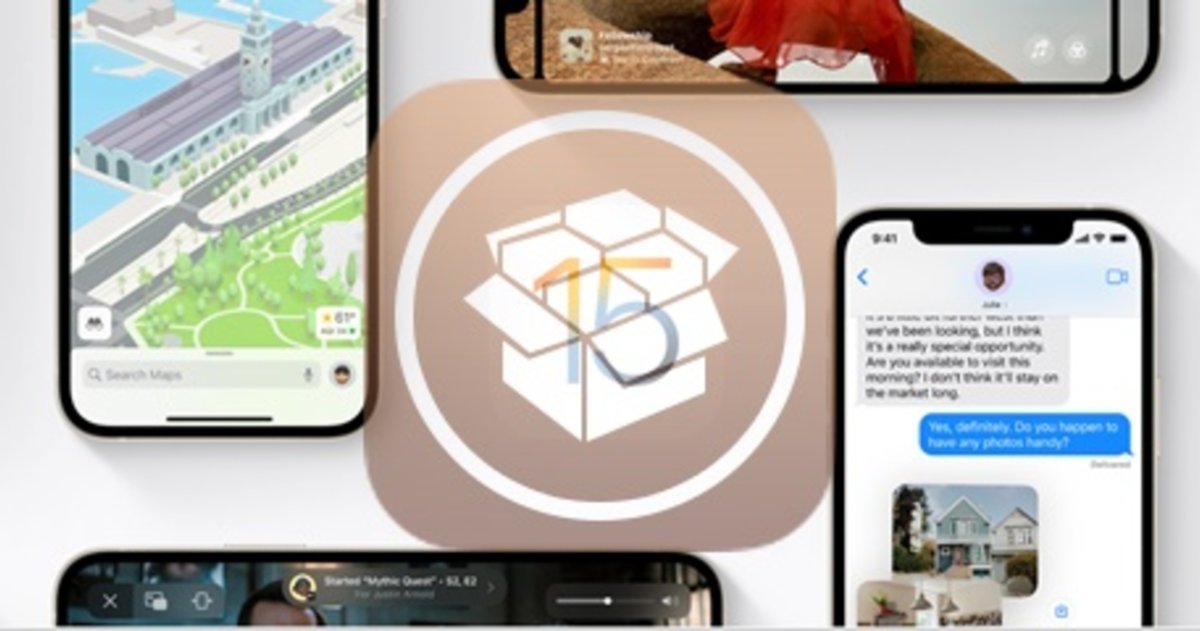 Facebook
Twitter
Pinterest
WhatsApp
Index hide
1 With the exit of iOS 15 and Apple about to stop signing the latest version of iOS 14, users are wondering if there will be more jailbreak.
2 Jailbreak on iOS 15
3 The great obstacle
4 Efforts to get the jailbreak
5 Jailbreak vs Apple

With the exit of iOS 15 and Apple about to stop signing the latest version of iOS 14, users are wondering if there will be more jailbreak.

The launch of iOS 15 is accompanied by very striking and important news, but lovers of maximum customization are wondering if it will be possible stick with jailbreak in this version.

The iOS 15 update arrived a few days ago putting on the table a very complete system in which the limited, but existing customization is maintained, in addition to adding new functions and other tricks that facilitate its use.

And although the iPhone with iOS 15 offers a good experience of productivity and entertainment, a percentage of users remain firm in their decision to want expand the possibilities of your device. Therefore, the jailbreak process is still your best option.

However, on the internet and in various forums it is claimed that the end of the jailbreak has come, but this is not a fact. Researchers and hackers looking for iOS vulnerabilities in order to find a gateway to make their tool work continue to work on it. Although yes, achieving it will not be easy.

Apple has introduced a new system signed volume (SSV) security mechanism, which verifies that no installed package modifies the root system and if so, the phone will not turn on.

This forces jailbreak tool developers to figure out how to make the exploit or leak that allows Cydia to be introduced on the iPhone circumvent that security that Apple has implemented in iOS, something that so far keeps in doubt the reality of a jailbreak in iOS 15.

There are many developers who have confirmed that as of this moment the jailbreak will be more complicated. Taking into account that until today it is not possible to do it on the most recent devices. In addition, Apple is still determined to close any possibility of having it on their devices.

Due to this, the silence on the part of the developers in the twitter accounts and in the various forums has been present. The intention is hide any hint to indicate to Apple a possible jailbreak for iOS 15 and thus prevent the company from releasing an update with a patch that closes the door again.

Apple wants to disable the jaibreak.

Efforts to get the jailbreak

At first it was said that Unc0ver was one of the teams that was already working on bringing a new jailbreak, but they have remained more skeptical about what can be achieved versus Apple’s new security and no more has been known.

The team of Odyssey are another group of developers who are very committed to finding and working with the jailbreak exploit in iOS 15 and iPadOS 15, but they haven’t said anything yet.

He was the tech specialist Dangered Wolf who through his twitter account mentioned that the hackers already had progress despite the fact that the current jailbreak methods did not work in iOS 15.

The current jailbreak bootstraps assume writing to the root file system is OK and don’t work on iOS 15, including what checkra1n uses. (Procursus, the bootstrap for Taurine / Odysseyra1n, has a rootless branch in progress)

The most current jailbreak is available on some devices that have iOS 14.8 or iPadOS 14.8 and that are compatible with the tool. Apple will stop signing this version in the coming days, so it is advisable that if you are a Cydia user you stay on this version until you have more information.

The future of the jailbreak is still uncertain, the possibility of having it in iOS 15 is minimal, but everything can happen. It will be a matter of time to discover the end of this interesting challenge between hackers and Apple.

Apple wants to remove the jailbreak with iOS 15 and its new security system SSV.

And if you want to personalize your iPhone a little more no need to jailbreak, you can leave blank spaces on your home screen to better accommodate your apps or display some areas of your wallpaper.

PUT YOUR TESTOSTERONE TO WORK