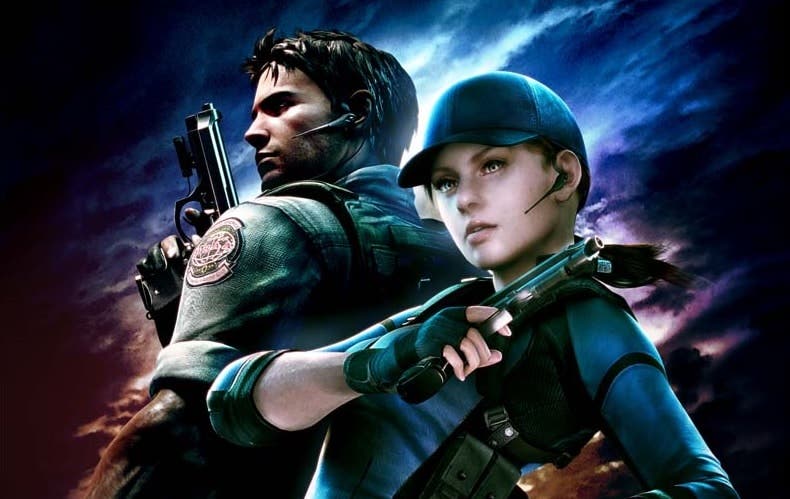 However, now that the development crisis caused by Covid-19 seems to have slowed down, perhaps Capcom is betting on giving us back one of its star games in the form of a remake. so could it be Resident Evil 1 Remake the next big Capcom project?

Bring back Resident Evil 1 in the form of a new remake It might sound nonsense to many, but from an economic point of view it would not be strange to think so. For starters, it’s the game that started it all. In it we met insignia such as Chris Redfield, Jill Valentine, Rebecca Chambers, Barry Burton, and of course Albert Wesker. It is also the game that introduced us to the Umbrella Corporation and narrated the events that kicked off the rest of the saga; especially to the destruction of raccoon city.

The most iconic image of the saga could be in the new generation in the form of a remake.

So it would be a golden opportunity either to relive those events, making the most of the new generation of consoles or for new generations of players to discover it for the first time. Also, let’s face it: Resident Evil is probably the most profitable game in the series. It has been the Resident Evil in which the most consoles have come out, always with great acceptance among critics and the public. Some details that Capcom does not lose sight of and that it usually takes into account to bring new titles.

At this point it is clear that the remakes are working very well for Capcom. Resident Evil 2 continues to sweep sales and Resident Evil 3, which was launched with little repercussion, is gradually achieving interesting figures for the company. And most likely, Resident Evil 4 will beat these two titles by a landslide. So it would not be strange that the next Capcom remake was, following the trend, that of a game that had devastated sales.

Read:  Disney would have stolen the design of a souvenir sold in its parks

In addition, Resident Evil 1 has a cast of characters that is most attractive to the public and that, without a doubt, would be very well received in the new generation of consoles. On the one hand we have Jill Valentine and Rebecca Chambers, protagonists of the last update of the Resident Evil story in the Capcom’s website, and appearing in Resident Evil 1 Remake. In addition, there are not a few fans who clamor to play again in the skin of Jill, after Resident Evil 3.

Going back to the Spencer Mansion with Chris, Jill and Wesker would be a guaranteed success.

Nor can we forget Albert Wesker, whom we will see again very shortly. Nor, of course, the legendary Chris Redfield. The role of Chris in the sales of Resident Evil is more than outstanding because it is, without a doubt, the most profitable protagonist of the saga. The proof is found in the Capcom platinum titles: from the top 10 best-selling games in its entire history, 5 of them are Resident Evil and Chris Redfield appears in three of those five (Resident Evil 5, Resident Evil 6 and Resident Evil Village).

In addition to the characters, we can not forget that returning to the iconic Spencer Mansion is something that many want with desire. The Mansion has appeared multiple times in the games as well as the other adaptations. And it has not stopped setting a trend, as its design appears replicated in many more games in the saga. Resident Evil Code: Veronica, Resident Evil Revelations or even Resident Evil Village are just a few examples where areas, castles or mansions with a design very similar to that of the Spencer Mansion appear.

Not to mention the Resident Evil 5 DLC, Lost in Nightmares, in which we embody Chris and Jill on a mission taken directly from the Spencer Mansion. Even Shinji Mikami opted to pay tribute to him in The Evil Within. And it’s very likely that Capcom is aware that the Spencer Mansion continues to sell among fans.

Shinji Mikami “self honored” his Spencer Mansion in The Evil Within.

It is true that, if there is a game whose remake fans are crying out for, that is Resident Evil Code: Veronica. However, it is also true that Capcom, like any company, wants to make a return on its investment. And the truth is the sales of Resident Evil 1 make it the ideal candidate for possible remakes.

And you, would you like a Resident Evil 1 Remake for the new generation of consoles?

Disney Plus surpasses Netflix in number of subscribers |