Bullfrag
Home Entertainment Will Doctor Strange 2 have an easter egg related to Namor? 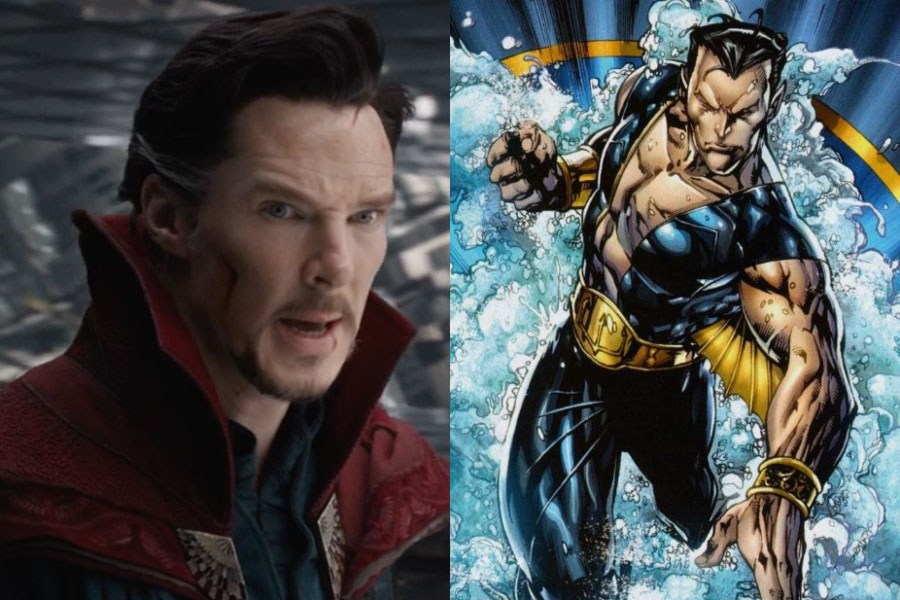 Facebook
Twitter
Pinterest
WhatsApp
Index hide
1 Doctor Strange in the Multiverse of Madness could incorporate elements of horror and new characters that have not yet debuted in the MCU, such as Gargantos, who is part of the mythology of Namor
2 A sea of ​​horrors
3 Enter La Guarida del Horror, a work that you cannot miss
4 Also being read:

Doctor Strange in the Multiverse of Madness could incorporate elements of horror and new characters that have not yet debuted in the MCU, such as Gargantos, who is part of the mythology of Namor

With what was previously seen in WandaVision and Loki, the plot of Doctor Strange in the Multiverse of Madness looms as one of the most intriguing and terrifying stories in the Marvel Cinematic Universe, to which it could have a reference to a hero who has yet to debut. in the cinema, Namor the Submariner.

Do not miss: Tenoch Huerta would be Namor in Black Panther: Wakanda Forever

Thanks to Comicbook it has been revealed that the actress Yenifer Molina has joined the cast of the film, although she will be supporting with her voice a character that is not entirely known, Gargantos.

NEW: We’ve recently uncovered a casting detail for DOCTOR STRANGE IN THE MULTIVERSE OF MADNESS!

In the comics Gargantos debuted in the pages of Sub-Mariner # 13 (May, 1969) and was created by Roy Thomas. Gargantos is a giant octopus that is under the control of Naga, who is the enemy of Namor, the Submariner.

With these references, Namor’s debut would be close in the Marvel Studios productions, since the inclusion of the Submarinero could occur in the film Black Panther: Wakanda Forever, where the King of the Seas would be played by Mexican actor Tenoch Huerta.

A sea of ​​horrors

Gargantos is a creature similar to the one that would be the main villain of Doctor Strange 2, Shuma Gorath, who would be in the footsteps of America Chavez, since Miss America’s abilities to open dimensional portals will allow the nemesis to reach the different corners of the world. Multiverse.

READ:  Find out what the Daryl and Carol spin-off will be like

The film will also follow the events of WandaVision, in particular the study of the Darkhold by Wanda Maximoff, now that she has become Scarlet Witch, in addition to the events of Loki could have a significant influence on the plot.

Doctor Strange in the Multiverse of Madness will hit theaters on March 25, 2022.

You can also read: Elizabeth Olsen addresses the horror of Doctor Strange in the Multiverse of Madness

Over the years, the veracity of what is referred to here has been accused and questioned. It has been said that it is but a mere imaginative conception of Edgar Allan Poe and Howard Phillips Lovecraft, original sources of such shocking tales.
Visions so disturbing that only a mind as sharp and chimerical as that of the great visual scribe Richard Corben could capture.

Kris Jenner and Captain Marvel star in the crossover everyone’s talking about!

Marvel confirms the arrival of its first transgender superhero