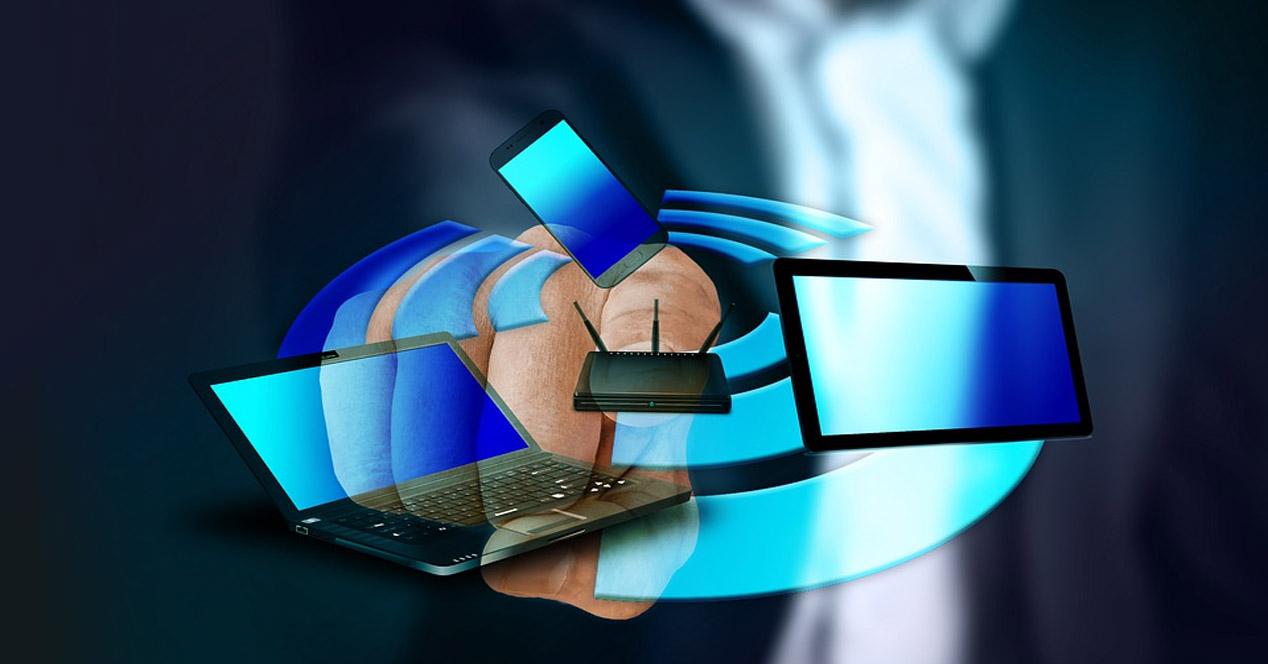 Wireless browsing is very common today. We have more and more compatible devices and we use it instead of opting for the Ethernet cable. Now, the truth is that sometimes problems can appear. It may be slow, cuts may appear, you may not even be able to use it on some computers… In this article we are going to talk about why Wi-Fi is better on the computer than on the mobile.

Index hide
1 Why Wi-Fi is faster on the computer
1.1 hardware limitations
1.2 bad configuration
1.3 Some problem in the system
1.4 Programs that interfere

Why Wi-Fi is faster on the computer

If you have come this far, it is because surely at some point you have had wifi problems on other devices while on PC you are doing very well. You connect to the computer and see that you can browse without problems, watch streaming videos in high definition or download from the cloud at good speed. Instead, you try to do the same from your mobile, tablet or any other device and you see that it goes much worse. This can happen for several reasons.

One of the clear reasons why Wi-Fi is worse on the mobile than on the computer is due to hardware limitations. A PC has more capacity, has a more powerful network card, with a better antenna. You can even put an external card that significantly improves coverage. On the other hand, on a mobile or tablet you will be more limited.

Although it is true that mobile devices have improved significantly in terms of wireless networks in recent years, there is still an important difference compared to computers. We cannot achieve the same performance and sometimes problems appear.

Another reason why Wi-Fi is worse on the mobile is that you have some bad configuration. Mainly it usually happens that you are connecting to the wrong band. Generally, the 2.4 GHz band is ideal for browsing from a greater distance to the router, although the speed will be more limited. On the other hand, the 5 GHz band is the one that offers the highest speed, but it works worse as we move away.

Read:  Why you will not always have better Internet by Ethernet cable

On the other hand, another point to keep in mind is that you may have an outdated mobile system. Using outdated programs or the operating system itself without updating can lead to such problems. It is important as long as you have the latest versions installed. It will help you improve the speed of the Internet on your mobile.

Some problem in the system

You should also keep in mind that there may be some mobile system problem. For example a virus or some variety of malware that is affecting the wireless network. This can make the Wi-Fi much worse than on the computer. It can affect certain programs, such as the browser.

To avoid this, you should always use a good antivirus on all your devices. Sometimes we unprotect mobile phones and tablets, but the truth is that we must take extreme precautions to avoid problems. Good protection is essential at all times.

One more reason why mobile Wi-Fi may work worse is having interfering apps. For example, a VPN that does not work well, some component that you have recently installed and that is causing errors, etc. It is common for us to install many programs on the mobile, but not all of them will work well.

You should always keep in mind the importance of only having applications that are safe, updated and properly protected. Only in this way can you improve security, while achieving optimal performance both when using the wireless network and any other tool.