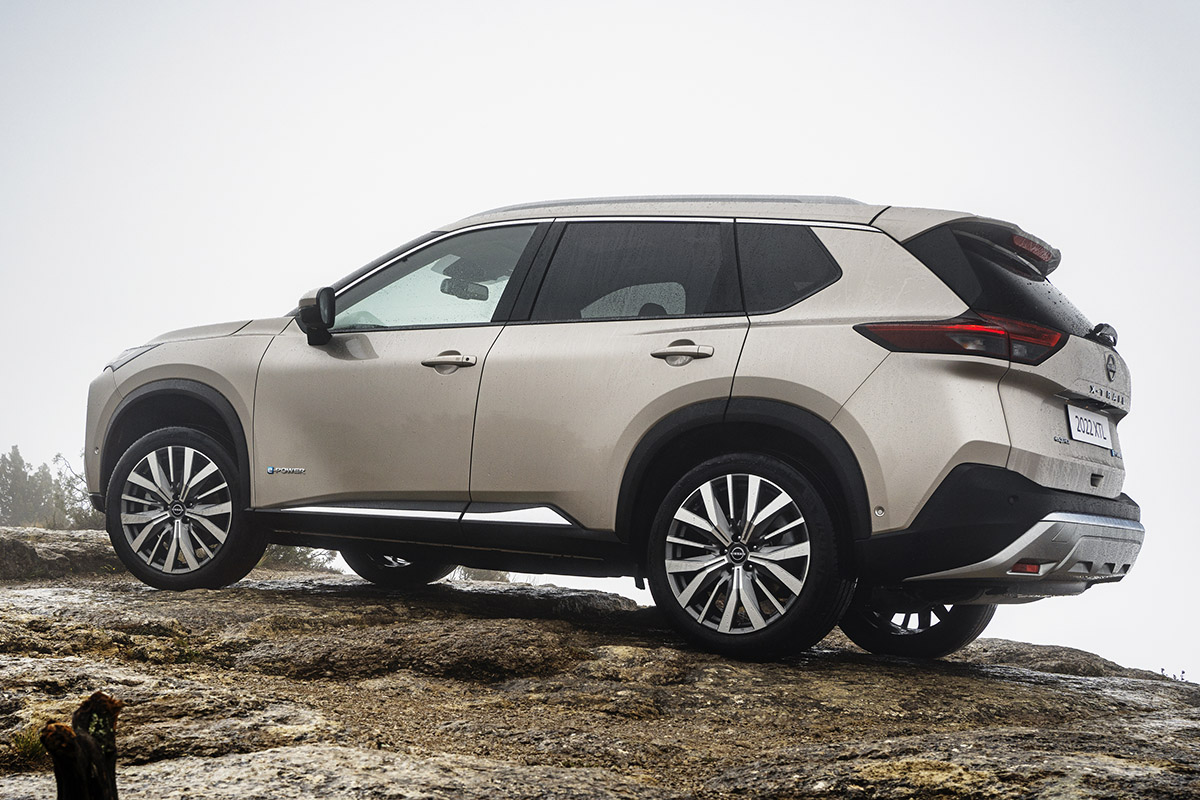 The 4×4 versions of the new Nissan X-Trail 2023 make use of a technology developed by Nissan for electric cars. There is an important reason for the new generation of the popular seven-seater SUV to use the new e-4ORCE four-wheel drive system.

The debut in society of new Nissan X-Trail 2023 has generated a lot of interest. Finally the fourth generation of Nissan’s seven-seater SUV has been presented in Europe. A new generation loaded with important innovations that go beyond a simple improvement in technological equipment or a change in exterior and/or interior design.

One of the important changes that the X-Trail has undergone has to do with the mechanical section and, more specifically, with the 4×4 versions. Yes, the new X-Trail will be marketed in four-wheel drive configuration. Something possible thanks to the commitment to electrification. Nissan’s revamped SUV will only be available with electrified engines.

In its 4×4 configuration, the new X-Trail has had a double debut. On the one hand, there is the fact that the X-Trail will be the second Nissan model to use e-Power technology. A hybrid mechanism in which the gasoline engine plays the role of electric generator and it is the 100% electric motor that drives the wheels. Something possible thanks to a high-voltage battery.

Only the e-Power versions of the new X-Trail will be able to have 4×4 drive. And precisely here is another of the technologies that have debuted in the range. The new e-4ORCE four-wheel drive system. A technology designed for electric cars. Why has Nissan used an electric technology in the new X-Trail? The main keys are efficiency and performance.

Read:  Meet the Prince of Johor, owner of a collection of over 300 cars

The e-4ORCE system, first released on the Nissan Ariya, offers instant traction and consistent acceleration in all conditions thanks to four-wheel control technology. It is the most advanced four-wheel drive system created by Nissan.

In the bowels of the new X-Trail with e-4ORCE traction are two electric motors, one per axle, which develop a total power of 213 CV. On the rear axle there is a 100 kW (136 hp) motor that allows it to be catapulted from 0 to 100 km/h in just 7.0 seconds. An engine that, according to the company itself, offers instantaneous torque response 10,000 times faster than a mechanical all-wheel drive system.

Constant torque redistribution and near-perfect weight balance are key to a powerful yet smooth driving experience. The system specifically manages the power and brakes at each wheel to deliver the best possible traction regardless of road conditions.