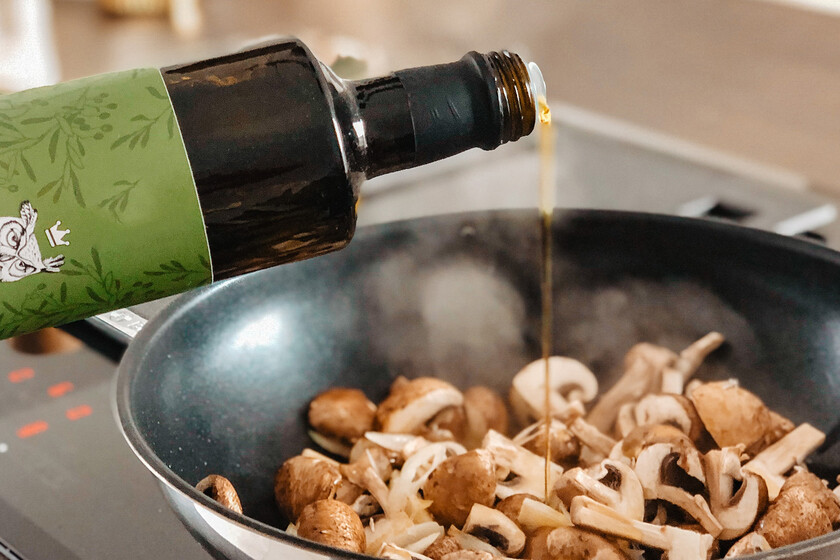 The extra virgin olive oil it is very healthy but, like all oils, it is pure vegetable fat, and therefore one of the products with the most calories that exists. Although the caloric content by itself is not always the most important, what does not seem very logical is that we can find an oil whose label reads “zero calories” and “0% fat”. And yet it exists: it is sold as a spray in the United States and is completely legal. At least there.

This curious case that plays with the nooks and crannies of the legislation has been noted by the nutritionist Laura Caori through his Twitter account The Fair Percentage. In it, he proposes us small games to unravel the tricks that the food industry sometimes presents in its labels, especially when it comes to finding the percentage of an ingredient that supposedly stands out in it.

👋Good morning! Today I bring something that you are going to love: olive oil with zero calories, zero fat, zero… everything!

—But what do you say, Porcen, please…
—What you see. Advantages of expressing the nutritional values ​​per serving (defined by the company) and not per 100g of product. pic.twitter.com/fjOBlYp6qQ

The industry is not stupid and knows that it risks a lot if the current legislation is not complied with, but you can always take advantage of the small print or push to the limit what is allowed. And even today there are still products whose labeling is illegal, or at least not as legal as it could be, regulations in hand.

No matter how many tricks and turns we give it, how is it possible to sell an extra virgin olive oil without fat and without calories? The trick is not in the ingredients, since it is 100% oil plus soy lecithin, but in the format of your labeling. And it is that the regulations of the United States are not the same as we have in Europe, much clearer in terms of nutritional information.

Read:  80% of Dijon mustard is made from Canadian seeds and now the French are running out of their precious seasoning

While in Spain, and the rest of the EU countries, the nutritional information must always be indicated per 100 g or 100 ml, being able to add details about the recommended consumption portion, in the United States it is simply allowed to inform about said portion. And of course, when it is the manufacturer who chooses what is “a consumption portion”the ban on deception opens.

The brand Simple Truth Organic has taken advantage of the fact that this oil comes in a sprayer, and that a portion corresponds to pressing it for 1/3 second. And they have calculated that in that pulsation they are only pulverized 0.25 g of oil. rounding up generously down -of course-, as it would be only about 2 kcal, the US regulations allow to indicate that they are zero. And the same goes for fat.

Surely we have all been surprised to serve ourselves the recommended amount of a product in its package because it seems that it falls very short, and it is that in the end it is the consumer who takes more or less quantity, and may be ingesting more calories than he thought. . That is why it is important to have a mean reference valuesuch as 100 g, also taking into account the weight total net content.

The labeling of food products still has many issues to improve, with the debate on the Nutriscore system open, but at least here an example such as the fake calorie free oil it would never be legally viable.

In DAP | Confusing or tricky labels: don’t be fooled by them
In DAP | Lose weight in the supermarket: we teach you to read the nutritional labels of products

the authentic italian recipe with egg and no cream