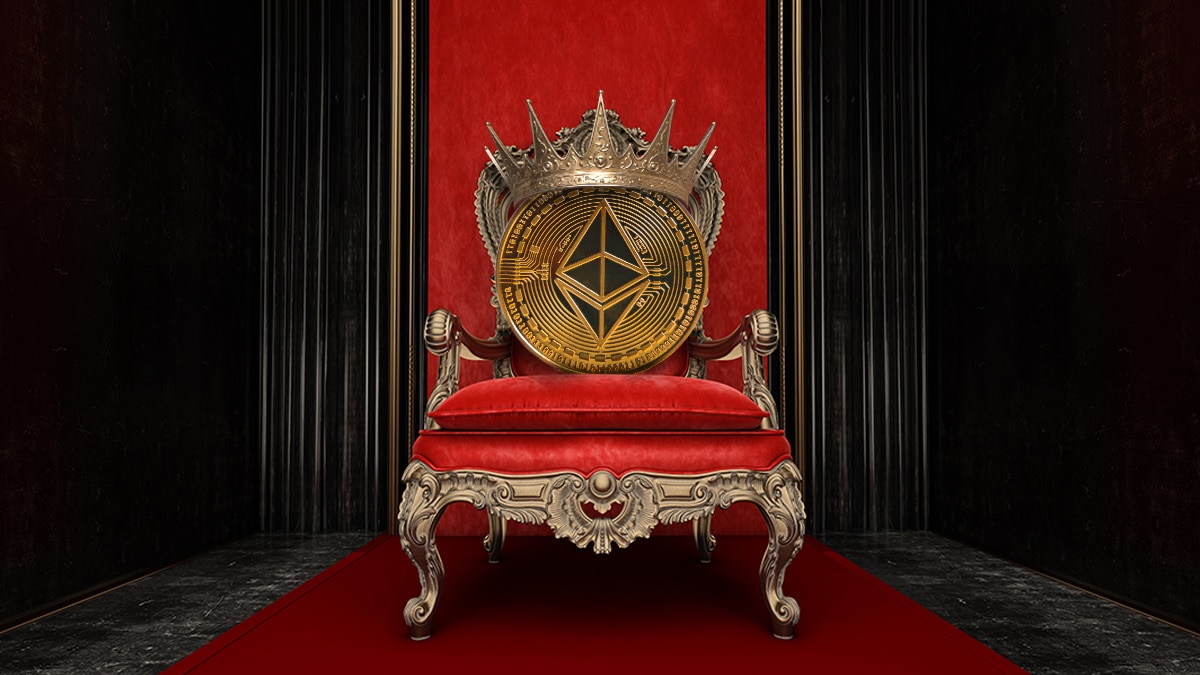 Index hide
1 Key facts:
2 1. Ethereum is years ahead of the race
3 2. Ethereum’s network effect outperforms its competitors
4 3. Ethereum, more decentralized and secure than the competition
5 Ethereum, a network with advantages and challenges

Ethereum was launched in 2015 as a general purpose network specializing in smart contracts. Since then, it has stood out as the undisputed leader of decentralized applications (dApps), but it is not alone in the race. Since 2020, numerous developments have been brought forth with the aim of dethroning her reign.

Binance Smart Chain—now called BNB Chain— was the one who first stood up hard with the development of new decentralized applications to try to bring Ethereum users to their environment. The congestion that existed in the network co-created by Vitalik Buterin, at the height of decentralized finance (DeFi) protocols, made the user experience less pleasant and commissions rose to unprecedented prices.

Since then, several other networks have been launched or promoted aggressively to attract attention and money from investors. Between these “Ethereum killers» (Ethereum killers, in English), Polygon (previously called Matic), Solana, Fantom, Avalanche and Terra can be mentioned.

Although it has increasing competition, Ethereum is still king. Statistical page data defillama.com show that, of the networks specialized in smart contracts (that is, basically, the possibility of programming transactions), Ethereum maintains its dominance with 55% of the value deposited, at the time of publication of this article.

With faster and more scalable networks, which provide a much better user experience, why don’t users fully migrate to them? There are three reasons why Ethereum’s dominance remains and possibly will continue to do so at least in the short to medium term. Next, each of them is analyzed.

1. Ethereum is years ahead of the race

Before reading on, take a few seconds to imagine a Cola drink. Do not go to the next sentence without having done that exercise.

Some boxers say that whoever hits first, hits twice. What happens with colas and boxers, also happens in the vast market of distributed networks.

Why is Bitcoin the leading cryptocurrency in the market since its launch? Among many other reasons, for having been the first. And the same applies to Ethereum, in the field of networks specialized in smart contracts (it is worth clarifying that Bitcoin also allows them, but Ethereum makes its development much easier, although it sacrifices decentralization in part to achieve it).

In these years, with hits and misses, the Ethereum development team has achieved a product that is the emblem when it comes to platforms for the development of decentralized applications.

In the words of the investment firm Grayscale, recently reviewed by CriptoNoticias, those who use Ethereum can rest assured that it will continue to be “the center of gravity” for application innovation and liquidity.

Also, the years of advantage that Ethereum has in the race for smart contract networks, allowed it to build a huge community of users, as will be detailed in the following intertitle.

Finance consultant Lyn Alden defines the network effect as “the attribute of a company or other system that the more people use the network, the more valuable it becomes to each user.” She maintains this businesswoman that this effect “is one of the strongest economic points that a system can have against its competitors.”

For the case analyzed here, it can be considered that Ethereum’s consolidated user base (including individual developers, companies, product consumers, etc.) is one of its strengths.

Let’s see it with some company, for example, Apple. If more people buy iPhones, then more companies will develop applications for these devices. In turn, many people will want to purchase these phones to use the applications created. An upward spiral is formed that favors the company.

There is also a network effect between developers. The greater the development of applications, the more experience, design tools, etc. This, in turn, makes it easier to create new applications.

This latest network effect is what will see Ethereum continue to maintain its dominance for years to come, according to the opinion of Andrei Hagiu and Julian Wrightinvestors and professors from the universities of London and Singapore, respectively.

These authors consider that the congestion that can be caused by the network effect in Ethereum could be remedied by the use of second layer solutions. Although they mistakenly name Polygon (which is not a second layer but a side chain with its own accounting), it could well be exemplified with rollups, which decongest the main network, without leaving the Ethereum ecosystem.

However, they see a danger for Ethereum in the long term, that developers are becoming more versatile and can adapt to the code of different decentralized networks. “New layer 1 blockchains like Solana are based on more popular programming languages, which could partially negate the network effect advantage that Ethereum enjoys because of its developers,” they explain.

3. Ethereum, more decentralized and secure than the competition

The CriptoNoticias Glossary defines a node as “a computer or server connected to the network, which is capable of transmitting information to others”. It is specified there that “a decentralized blockchain is made up of multiple nodes”.

In the case of cryptocurrency networks, the nodes store a copy – which can be partial or complete – of the blockchain. The greater the number of nodes, the greater the decentralization of the network, which in turn makes it more secure. The latter is so because it makes it difficult to massively corrupt those who run them so that they commit actions that threaten the network.

At the time of publication of this article, Ethereum has 5,599 nodesaccording to the information published on the website ethernodes.org. Unlike other such networks, anyone who wants to can run a node.

Let’s see instead how many nodes some of Ethereum’s competitors have:

Buterin argues that it is impossible for a cryptocurrency network to meet the “trilemma” of scalability, security, and decentralization. Ethereum, on its mainnet, focuses on the last two aspects. Instead, the networks mentioned here favor scalability. In this way they manage to offer a better user experience to attract money to their ecosystems, although at the expense of security and decentralization.

In April 2021, CriptoNoticias reviewed an investigation specifically dealing with the BNB Chain case. Despite almost a year having passed since its publication, the text remains fully valid.

At the time, Ryan Watkins, a research analyst at the Messari company, said:

The reason Binance Smart Chain is faster and more scalable is not due to magical technological innovation, but rather due to the magic of centralization. (…) It is nothing more than a fork of Ethereum with a set of centralized validators. (…) [El exchange Binance] has terrible reach and influence and has used it to funnel a lot of new users into DeFi

This is why Watkins states that on the Binance blockchain, while “fees and speed are undoubtedly preferable, strong censorship resistance and fault tolerance are not part of the package.”

These characteristics put Ethereum in a position of superiority over its main competing networks and make it especially interesting for large investors. Users of wealthier wallets (including institutional investors) will prefer a secure network, rather than a faster one, but with higher points of failure.

Ethereum’s high commissions, which are a huge problem for those who operate with small amounts, can be considered insignificant in the case of millionaire investments.

Ethereum, a network with advantages and challenges

From all that has been said, it is clear that dethroning Ethereum as the main network for the development of decentralized applications and the execution of smart contracts will not be an easy task.

However, the team of developers and Vitalik Buterin, as the most influential person in the etherean field, must not be neglected if they want to maintain the leadership.

The competition is on the prowl to take advantage. And if it was not enough, new developments in bitcoin are making its programmability become, little by little, simpler. If it follows this course, the network created by Satoshi Nakamoto could also become a strong competitor for Ethereum in the market for decentralized applications.