Bullfrag
Home Health Why getting tattoos can cause health complications 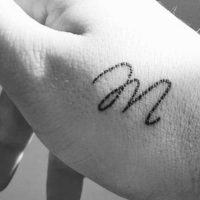 Tattooing refers to the act of engraving a design by means of ink in some part of the body under the epidermis. It is a fairly ancient technique that today contains many variations, since initially it meant being part of a group of people or tribes, it was even to represent hierarchy or in some cases to generate fear of enemies; later the meaning of tattooing changed, since it became typical among sailors and people who were outside the law, but today it may have no meaning, only do it for aesthetic purposes.

This decision to get a tattoo can bring with it harmful effects on health in the short, medium and long term, that is why it is essential to know all the information before taking the initiative to inject ink into the largest organ of the human body, since it is a decision that must be made conscientiously and is for life.

Here are some important facts to keep in mind when getting a tattoo:

Read:  Vaccines that require a third dose against COVID-19

Now that the above is known, it should be known that tattooing can bring complications and certain risks, depending on the substance that is administered or the place on the body where the design or text is made. Some common diseases linked to tattoos are:

At the time of tattooing, do not hesitate to consult your doctor or make sure you have all the information, since this is a decision for life.

Extendable tables to receive the whole family at Christmas meals