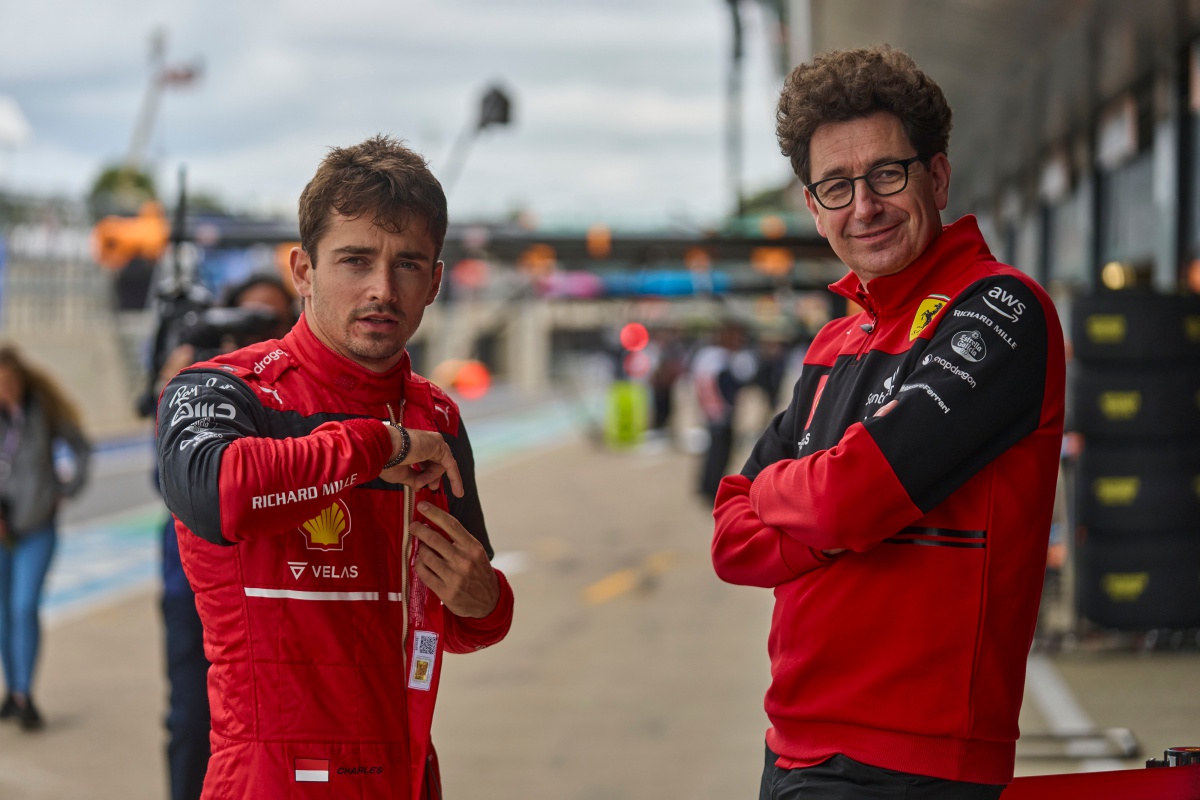 The strategy put in place by the Scuderia has been, according to Mattia Binotto, the head of Ferrari on the circuits, the most successful to avoid losing the first position in the race and end up being diluted against its most direct rivals.

The British Grand Prix, the tenth round of the 2022 Formula 1 season in which we have not even reached the halfway point, provided countless diverse situations on the legendary English track that made the race a test to remember.

After getting the first pole position of his sporting career, Carlos Sainz was about to fight copper holding the stakes of a Max Verstappen who had dominated with an iron fist until the last moment of the qualifying session.

Also read:
Index hide
1 When the pilot is more reasonable than his team: Sainz’s “stop inventing” to Ferrari
2 Undercut or logical decision?
2.1 Carlos Sainz gets his first victory in F1 with Ferrari at Silverstone: “We did it”
3 Row? no consolation

When the pilot is more reasonable than his team: Sainz’s “stop inventing” to Ferrari

He lost the first confrontation at the start, but the positions returned to the original ones after Guanyu Zhou’s strong accident against the protections… and from then on one different race after another began, with one script change after another.

In the last stretch of the race, Charles Leclerc led while Sainz tried to stay in their wake, with Lewis Hamilton stalking the two Ferraris from a distance.

It was then that a Safety Cardue to a forced abandonment of Esteban Ocon in the middle of the track, tense the atmosphere: they had to decide whether to stop or not and, depending on what the Briton did, they would benefit or quite the opposite.

To the surprise of many, the only Scuderia driver who made a pass through boxes it was Sainz. Why? Mattia Binotto explains it. “He was too tight to stop them both,” acknowledged the Italian-Swiss leader.

Carlos Sainz gets his first victory in F1 with Ferrari at Silverstone: “We did it”

The race leader stayed on the track on well-worn tyres, while the others made an additional pit stop that turned out well for them. “There was not enough space, because the second would have lost time at the stop and would have dropped one position. So, why, when deciding to stop only one, did we opt for Carlos? Because Charles had the track position: he was leading, so he would still be first,” he added.

Read:  The government is about to close anti-Covid vaccination, but what about children under 12, by when?

Binotto is fully convinced that they took “the correct and appropriate ones at all times”, although the Monegasque finished off the podium. «His tires were fresher than Carlos’s, I think they had 6 or 7 laps less than Carlos’s, and they were in better shape. Carlos, by stopping as 2nd, would have protected at least in the first corners, where we knew that, going out with the hard ones, it would have been a little more difficult. That was the reason », he asserted.

«We expected a greater degradation of the soft tyres, to give Carlos, perhaps, some 3 or 4 difficult laps at the beginning, but recovering later, although the soft ones did not degrade as we expected. If we had stopped Leclerc, maybe the others would have stayed out, and maybe they would have been 4th with soft tires and the other cars ahead, “Binotto continued explaining.

“Would I have regained those positions? I’m not sure, I think in hindsight it’s always easy to say we could have done something different. we had another Safety Car at the wrong time, when we were comfortably leading the race», he added.

“When I met him, I told him that he had done a fantastic race once again, a great first lap fighting”

Lastly, when asked about the final moment in which he was seen talking seriously with Leclerc, already out of his F1-75, Binotto denies that he was berating himbut rather she was consoling him. «He knew that he was disappointed and frustrated; somewhat understandable, because he was clearly leading and comfortable going very fast… when the Safety Car», he detailed.

“It was a great opportunity for him in the championship, because he was leading while Max had some problems. When I met him I told him that he had done a fantastic race once again, a great first lap fighting. After the relaunch, how he drove and how he protected the position was incredible and exceptional. I just told him to keep calm. Today he was unlucky again, and I think that, in general, is the reason why we try not to be too disappointed », she finished.