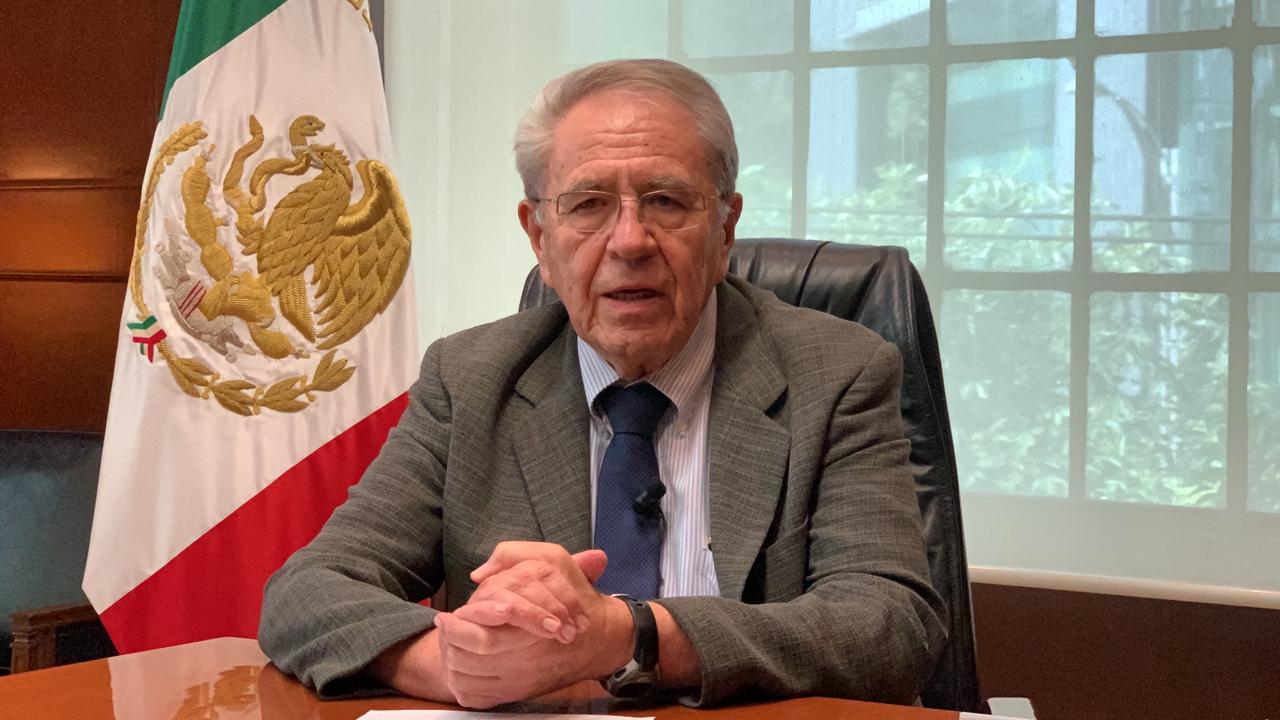 During this August 11, the news was released that the head of the Ministry of Health (SSa) was hospitalized to undergo an operation. He was not serious but now he will have to stay in recovery for a few days. But what has caused outrage is the fact that Jorge Alcocer Varela did not attend the Institute of Security and Social Services for State Workers (ISSSTE) as befitted him for being a public official.

It all started during the morning conference headed by President Andrés Manuel López Obrador. In front of the media, he confirmed that the highest representative of health in the country would be absent for a few days. At that time he did not offer further details regarding the problem or the type of intervention.

Index hide
1 What was he operated on?
2 The best Health Institute in Mexico?
3 For now, what do you think about the fact that Dr. Jorge Alcocer avoided going to ISSSTE to undergo surgery?

What was he operated on?

A few hours later it was added that everything was generated by a surgery for an inguinal hernia. Therefore, the risk of complications is minimal and it is expected that the holder of the SSa will return to his usual duties shortly.

Up to this point everything seems normal but there was a detail that has generated controversy. Strictly, for working in the government, the law establishes that Jorge Alcocer must be treated at the ISSSTE.

The reality was quite different because he preferred to go to the National Institute of Medical Sciences and Nutrition “Salvador Zubirán” (INCMNSZ). There he underwent surgery and remains in recovery without complications.

In a strict sense, the Secretary of Health, Jorge Alcocer, should be treated at the @ISSSTE_mx and not in Nutrition @incmnszmx, where many people want to be served but are rejected because they are beneficiaries of other institutions. I open thread.🧵 pic.twitter.com/93lXnA2Rmk

Since then, it has been questioned why he avoided the ISSSTE. Although his case is not the only one because it is frequently reported that public officials do not go to the unit that corresponds to them.

Read:  Top 5 Times The Third Hokage Did What He Could To Help Naruto

The best Health Institute in Mexico?

On the other hand, the INCMNSZ is one of the best qualified Institutes in our country and even has international prestige. The problem is that it was created to serve low-income people and not government workers.

Now, thanks to its quality, the INCMNSZ is the only one of the Health Institutes in our country that has managed to appear among the first places in the annual list of the best hospitals in the world prepared by Newsweek magazine and the statistics portal Statista.

This work analyzes more than two thousand best hospitals around the planet that belong to 25 countries, including the United States, the United Kingdom, Germany, Canada, India, Japan and Mexico. While in order to classify the units, three parameters are taken into account:

Thanks to its quality, the INCMNSZ was the hospital where people like the millionaire Carlos Slim and López Obrador went when they were infected with Covid-19. They preferred this option over any private hospital.

For now, what do you think about the fact that Dr. Jorge Alcocer avoided going to ISSSTE to undergo surgery?

National Institute “Salvador Zubirán”, is it the best of its kind in Mexico?

The 3 candidates to lead the best Health Institute in Mexico

Celsius Bankruptcy: Did We Learn Anything?