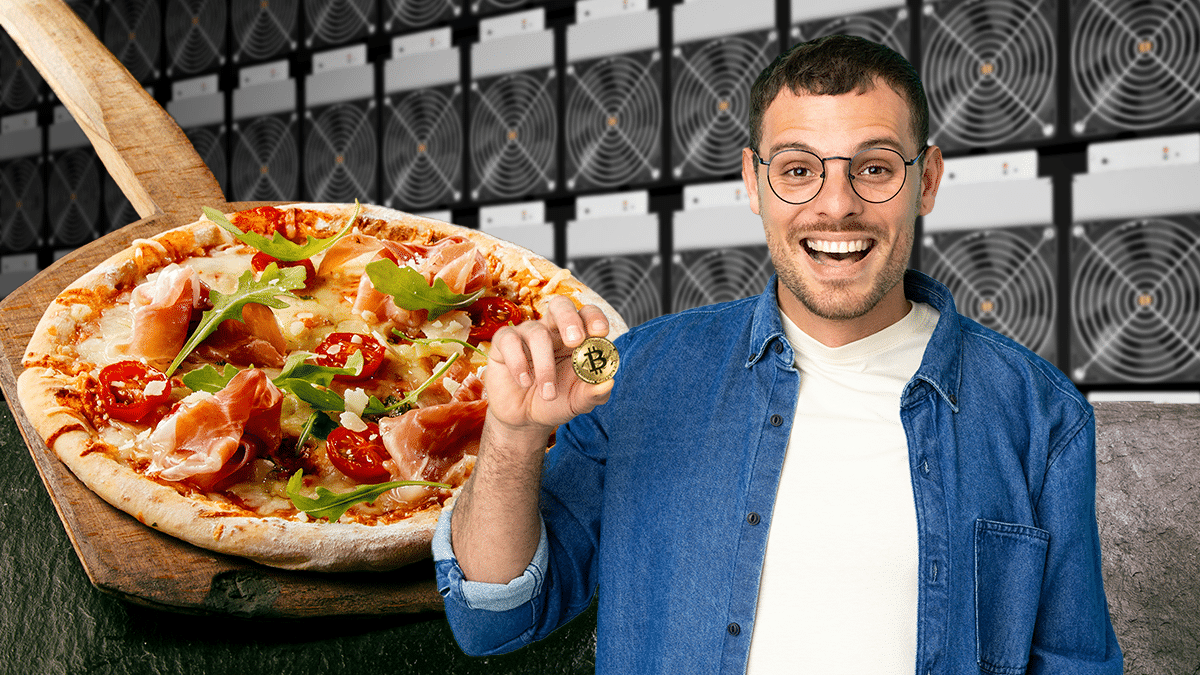 Bitcoin promotes savings, the safekeeping of your money safely and without it depreciating over time. At least that is one of the prevailing narratives in the ecosystem.

Although the “HODL” meme has been popularized by inviting holders not to sell their bitcoins even if the price drops, it really Bitcoin’s first use case was transactional.

The first commercial exchange with this cryptocurrency was that of 2 pizzas in exchange for 10,000 bitcoins (BTC)paid by the programmer Laszlo Hanyecz on May 22, 2010, and which today is equivalent to about 300 million dollars.

Hanyecz was also one of the first miners on the Bitcoin network, which allowed him to accumulate staggering amounts of BTC on a daily basis. However, the abundance of bitcoins was not what prompted Hanyecz to want to spend them.

What really motivated Laszlo to make this offer of 10,000 BTC for some pizzas was the desire to boost Bitcoin as a medium of exchange.

Back then, Bitcoin ran on the same monetary fundamentals that made it a counter response to the fiat economy. However, the few users at the time were just learning about it and saw this protocol as nothing more than a curious piece of software to play with.

In fact, in 2018, Laszlo again boosted the transactional use of Bitcoin by buying 2 pizzas again, but this time through Lightning, which was reported by CriptoNoticias.

“The goal was to play with the c-lightning client and do more than just trade satoshis. Perhaps pizzerias will have their own Lightning nodes with which channels can be opened directly », he said in the Bitcoin developer mailing list.

Laszlo was also a Bitcoin miner and by 2010 the network was so easy to mine that could be done with a CPU or desktop computer, and doing it better every day was something that aroused the curiosity and ingenuity of this and other programmers.

So much so, that Laszlo had the merit of being the first to implement graphics processing cards o GPU for miningbecause these teams have more power to carry out the Work Test (proof of work). Shortly thereafter, this equipment became obsolete and Bitcoin switched to ASICs, highly specialized and energy-intensive hardware.

“The pizza thing became more popular than I expected, so I then bought as many pizzas as I could. Except for a few other transactions, I spent everything I had mined. As everyone knows, the difficulty increases to match the hash power, so eventually mining just wasn’t worth it to me anymore.

As far as I know, I was the first to release a GPU miner. I contributed the hash power back then […]. I used to be the main maintainer of the Mac OS Bitcoin mining software, but others are taking care of that right now […] That was in May 2010. Maybe there were other people mining privately, I think. […]. The way I see it, I was helping develop an open source project, and I was making pizza with my code.”

Two pizzas, the foundation stone of the bitcoiner economy

While early Bitcoin miners managed to amass thousands of Bitcoin with their CPU until difficulty rendered their equipment obsolete, today there is a giant industry around this activity.

Read:  3 reasons why Bluzelle (BLZ) could be the next GameFi project to achieve unicorn status

Miners no longer depend on accumulated bitcoins to support their operations, but rather do business with loans, energy providers and outsource their services to other clients.

What started from the comfort of the home of those who used Bitcoin in its early years, now it has large industrial structures, and companies listed on the stock market.

However, the spirit of encouraging individual responsibility remains, as many miners have managed to adapt Bitcoin mining to their homes, again.

On the other hand, what Laszlo could have dreamed of at the time has today become a reality: Bitcoin is a global payment network.and that billions of people around the world have heard of, even if they don’t use it.

Bitcoin has become a powerful financial tool for financially isolated countries, so that its citizens can make transactions without restrictions and without censorship. It has become legal tender in El Salvador, as well as an asset whose circulation is allowed in others.

In addition, it has become an asset of interest for large entities specialized in investment, as well as a practical way for individuals who just want to buy a pizza, like Laszlo 12 years ago.