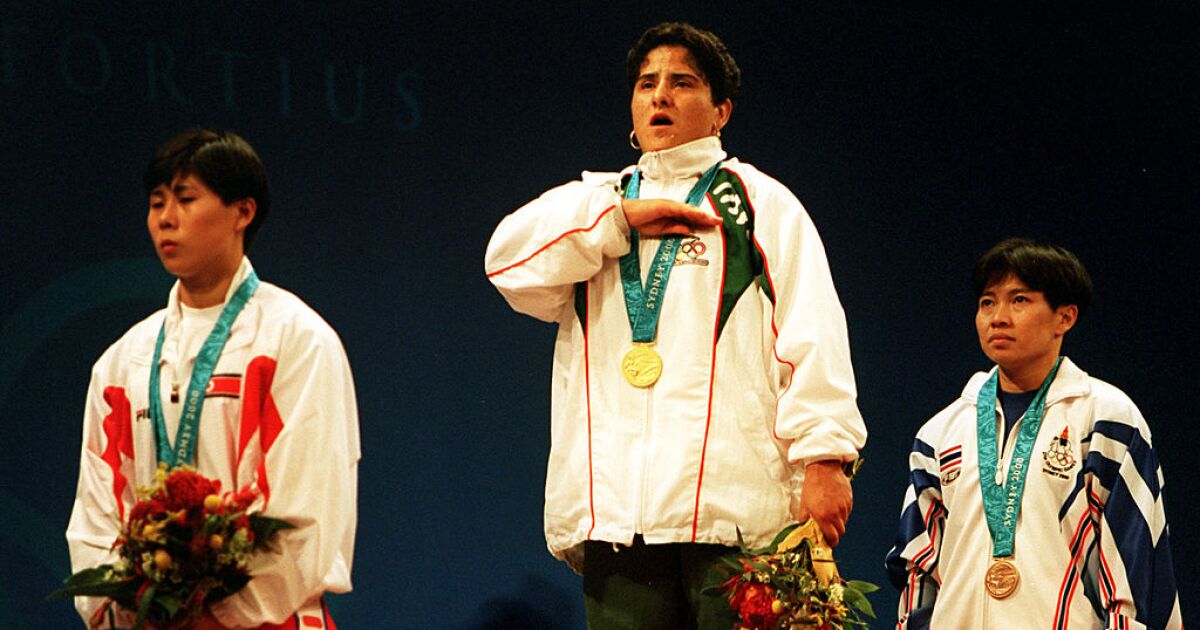 Soraya Jiménez Mendivil was born on August 5, 1977 in Naucalpan de Juárez, State of Mexico. Daughter of José Luis Jiménez and María Dolores Mendívil. From a very young age, she enjoyed sports, playing basketball with her twin sister Magali Jiménez in elementary school. Their quality was such that it led them to be selected for children and youth.

As an athlete, she tried badminton, swimming, but it was at the age of 14 that she found weightlifting a challenge that conquered her. It was in Colorado Springs, United States where Soraya obtained her first international medal, achieving a bronze medal in the Noreca Cup at the age of 16.

In 1997 the Mexican Olympic Committee affiliated Soraya after her success a year earlier in Venezuela where she achieved gold, where she lifted 170 kilograms.

What sport did Soraya Jiménez practice?

The Mexican has trained professionally since 1997 in weightlifting.

How much weight did Soraya carry in Sydney 2000?

The death of Soraya Jiménez

The gold medalist had several health complications after her retirement in 2004 after failing to qualify for the 2004 Athens Olympics. In her medical history, she had 14 operations on her left leg, several cardiorespiratory arrests and the loss of a lung. that he was excised in 2007, after suffering from type B influenza, from which he was infected during the Pan American Games in Rio de Janeiro in 2007; ailment that kept her near death for 15 days.

READ:  Did they ghost you? Here we tell you how to overcome it

On March 28, 2013, Jiménez died at the age of 35 in his apartment located in the Condesa in Mexico City, due to an acute myocardial infarction.

Why when I connect the video card the PC does not give video? – Solution