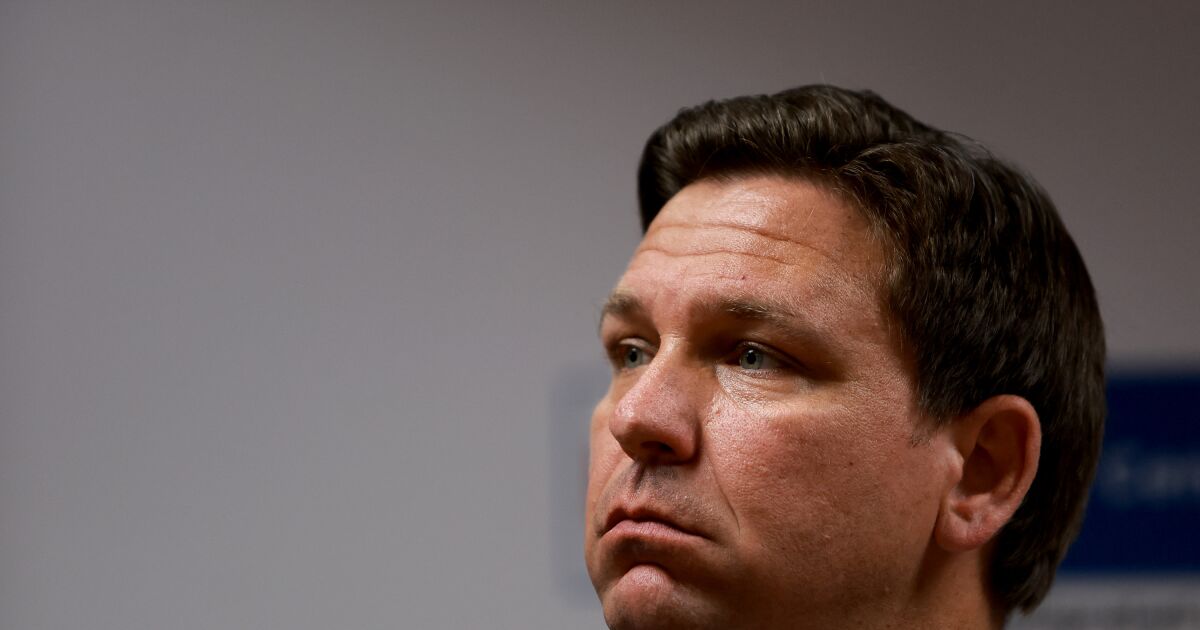 In February 2022, DeSantis expressed support for the state of Florida’s HB 1557 “Parental Rights in Education” bill, often called the “Don’t Say Gay” bill by its opponents, which would ban instruction on sexual orientation or gender identity in school classrooms. from kindergarten through third grade.

He said it was “totally inappropriate” for teachers and school administrators to talk to students about their gender identity. DeSantis signed the bill into law on March 28, 2022.

On April 19, 2022, DeSantis suggested that the Florida legislature repeal Disney World’s special self-governing privileges over its 25,000-acre property, privileges that were granted to the company in 1967.

The move was generally interpreted as retaliation against Disney for opposing Florida House Bill 1557, which prohibited classroom instruction on sexual orientation and gender identity.

On April 22, 2022, DeSantis signed a bill to dissolve the Reedy Creek Improvement Act, which has allowed Disney to self-govern its own district, by June 2023.

In March 2022, DeSantis signed a proclamation declaring runner-up Emma Weyant the “legitimate winner” of the NCAA Division I women’s 500-yard freestyle championship, after Lia Thomas, a trans woman , will win the race.

DeSantis criticized the NCAA for allowing trans women to compete in women’s events. The proclamation was symbolic, as governors do not have the power to alter the results of college sporting events.

We already know three of the actors from Amazon’s Fallout series, influenced by David Lynch

Uzbekistan opens up to bitcoin mining, but there’s a catch