Bullfrag
Home Entertainment Who is Defender Strange and what will be his role in the... 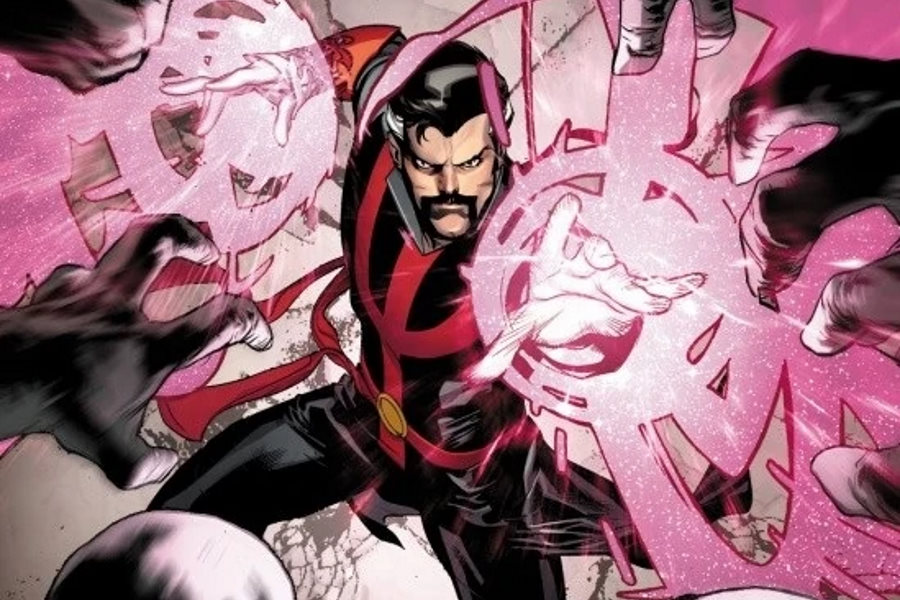 Madness will unleash in the Multiverse and Stephen Strange could enlist the help of one of his heroic variants, Defender Strange

Doctor Strange in the Multiverse of Madness will surprise fans of the Marvel Cinematic Universe. Not only with the presence of Supreme Doctor Strange, another variant of the Supreme Sorcerer that will take part of the film has also been confirmed: Defender Strange.

Don’t Miss: Who’s Who in Doctor Strange in the Multiverse of Madness?

Through its official page, Marvel Comics presented the Marvel Legends figures inspired by the characters that will take part in Doctor Strange in the Multiverse of Madness.

Among them, the presence of Defender Strange was confirmed, a variant of Doctor Strange, which would help the vigilantes of the Sanctum Santorum to contain the evil that has been unleashed.

Who is Defender Strange?

Defender Strange emerged in the pages of The Defenders # 1 (December, 2011) by Matt Fraction, when the events of Fear Itself lead Stephen Strange to assemble a team to defend the planet from the threat posed by Nul, the destroyer. of worlds, all this on Earth 11127.

Recall that on Earth 616 in the comics, Doctor Strange is the one who assembled a team made up of Hulk, Namor, Silver Sulrfer and heroes such as Beast, Daredevil, Luke Cage Iron Fist and Jessica Jones have paraded in their ranks.

Defender Strange has the same abilities and powers as Doctor Strange from Earth 616, and his purpose for defending the Universe from mystical evils is the same as Stephen Strange’s.

To the degree that Defender Strange gained great prominence, and became part of the Illuminati, alongside Tony Stark, Black Bolt, Reed Richards, Namor and Charles Xavier, in the run of Jonathan Hickman.

Defender Strange will likely become an ally of the team that includes Doctor Strange, Wong, America Chavez and Scarlet Witch. After the evil that has been unleashed in the Multiverse, something that could lead Professor Chareles Xavier (James McAvoy) and Reed Richards (Ioan Gruffudd) to the Marvel Cinematic Universe.

What will we see in Doctor Strange in the Multiverse of Madness?

After the events of Avengers: Endgame, Dr. Stephen Strange continues his research on the Time Stone.

But an old friend turned enemy puts an end to his plans and causes Strange to unleash unspeakable evil..

Doctor Strange in the Multiverse of Madness will hit theaters on May 5, 2022.

It may interest you: Who is Supreme Doctor Strange?

The Supreme Sorcerer is present in the Marvel Verse

Life and magic gave him a second chance… and he became the Supreme Sorcerer!

The master of the mystical arts revealed his origin in Strange Tales # 115 in 1963, after his previous appearances shocked the minds of thousands of readers.

The conceited New York surgeon created by Stan Lee and Steve Ditko began a journey of discovery that is, practically, an analogy of the emergence, development and mastery of the powers that made him the main protector of the Earth against magical and mystical threats.

SMASH and Marvel Comics Mexico brings you Marvel-Verse: Doctor Strange, with the best stories of the Master of the Mystic Arts in La Casa de las Ideas.

The consumption of books, music and television has little effect on the well-being of adults in the short term